A celebrity-gossip hound would have a field day being a fly on the wall of psychotherapists Barry Michels and Phil Stutz's Los Angeles offices.

On any given day, studio executives, directors, writers and actors, ranging from the aspiring to the A-list, await their turn on the therapy couch. The two have earned a reputation for being therapists to the stars (while they keep their patient list under wraps, New Yorker magazine named actor John Cusack and novelist Bret Easton Ellis among their followers), and are gaining notoriety for their practical, unconventional approach.

Mr. Michels, a licensed clinical social worker, and psychiatrist Dr. Stutz call their methods "The Tools," also the name of their self-help book, released last month. What sets them apart from traditional psychotherapists is their focus on the short game – techniques that patients can immediately use to tackle their problems, which, with constant practice, they say will help them in the long run.

Instead of holding drawn-out sessions about how Mom's indifference led to trust issues or why Dad's admonishments contributed to a fear of failure, Mr. Michels and Dr. Stutz counsel their patients to implement tools like "Grateful Flow," which involves practising gratitude to alleviate anxieties. They recommend the tool of "Reversal of Desire" to combat procrastination by having clients psych themselves up to face emotional pain. (With Reversal of Desire, patients are told to imagine their pain as a cloud, holding them back from "endless possibilities." By silently screaming "Bring it on" and "Pain sets me free," they envision themselves breaking through the cloud, mastering their fear.)

Underlying "The Tools" is a philosophy they acknowledge may be difficult to swallow – the belief that their tools can help individuals connect spiritually to higher forces.

But some swear by these methods, and claim they are more successful for it. As Stephen Gaghan, Academy Award-winning writer of Traffic and writer-director of Syriana, enthused: "Every single thing I've written of any power or merit came through using the tools Barry taught me. Usually counterintuitive, sometimes dangerous, they only changed my life."

Mr. Michels, who was in Toronto last week to promote their book, The Tools: Transform Your Problems Into Courage, Confidence, and Creativity, explains to The Globe how it works:

"It's a problem in our society that we think there's a group, like an in-group of people, who are actually exempt from the laws of reality," Mr. Michels says. "That is a lie, and it's a very damaging lie because it makes us very passive in our own lives. It also makes us very envious of people who, frankly, don't warrant our envy."

Mr. Michels has seen countless patients, including Oscar winners, suddenly lose their sense of creativity and purpose once they've made it big. They fall for the myth that once they've achieved success, they're on Easy Street and can quit making an effort, he says.

The road to fulfillment, however, requires constantly facing new challenges, practising discipline and forever tackling personal problems, he says, noting that the techniques he promotes are meant to be used for life.

"I have to brush my teeth for the rest of my life, why not this? ... Why not take care of my psyche?"

In the book, he uses the example of a patient named "Vinny," a comedian whose career took a nosedive shortly after securing a starring role in a TV sitcom, when he stopped putting in the effort. Mr. Michels prescribed to Vinny a tool called "Jeopardy" to rev up his motivation. With Jeopardy, patients are taught to imagine seeing themselves on their deathbed, screaming at their present selves to avoid wasting time. The technique is meant to provoke a sense of urgency, a reminder that the present moment is precious.

A spiritual approach to psychotherapy

"Phil and I both feel very strongly that problems exist for a purpose," Mr. Michels says. "We come from the point of view that problems are in your life so that you can discover potentials that you didn't even know you had."

This view implies faith in a greater power – not one aligned with any particular religion, he says, but a power beyond human intelligence.

Creative types often intuitively feel this greater power, he says, noting that writers will often describe something called "flow," a state of being where words pour out of them onto the page without effort, as though a separate force was expressing itself through them. By using a tool, such as Grateful Flow, he believes people can tap into that power. For individuals who are particularly anxious or prone to negative thinking, for instance, he asks them to take time to consider the things they normally take for granted and mull over the value of each one. Their feeling of gratefulness is then meant to build, allowing them to break through a black cloud of negative thoughts to connect with an "all-giving" higher power.

Mr. Michels, who grew up atheist and has many atheist clients, says it's not necessary to share a belief in higher forces for his therapy to work, but he believes his approach can help people become more spiritually mature.

"People don't really know what it's like to be a therapist," he says. "What you do is you see a parade of pain through your office."

Making friends with your Shadow

Everyone has a "Shadow," a side of yourself that you loathe and take pains to hide, Mr. Michels says. The Shadow-self can possess all kinds of undesirable attributes, such as laziness, cowardice, or awkwardness.

When you're worried about others seeing your Shadow, it's impossible to express yourself spontaneously and fluently, Mr. Michels explains. You become wooden, stiff and incapable of thinking of the right words or acting naturally. Mr. Michels and Dr. Stutz tell their patients to create a mental image of their Shadow, and embrace it, to help them overcome their insecurities. It's part of a tool they call "Inner Authority."

Mr. Michels sees his own Shadow as an angry 15-year-old boy "with a terrible case of acne." Whenever he's in a situation where he has to perform or speak in front of a crowd, he conjures this image of his Shadow standing beside him.

"I really have to love him and be on the same team with him and when I do, I stop caring whether you see him," he says. 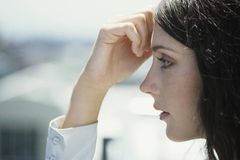 The God Box: transferring your troubles to a higher authority
May 27, 2012 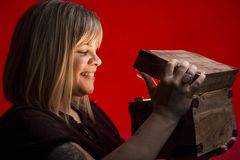 Facts & Arguments
I'm scared of driving across bridges
May 14, 2012 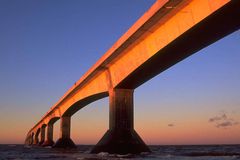