All parents want their children to earn top marks in school and ensure a bright and prosperous future for themselves.

But a growing body of evidence suggests a child's success in life may rest heavily on an entirely different factor: self-control.

A child's ability early in life to wait his or her turn, complete a task or avoid being easily frustrated can help predict future health, wealth and criminal activity, a new study has found.

Researchers who have been following about 1,000 children in New Zealand for more than 30 years found those who had strong self-control skills as young as age 3, including conscientiousness, self-discipline and perseverance, were less likely to abuse drugs, develop health problems, become a single parent, experience financial difficulties or be convicted of a crime as adults than those with low self-control scores.

The findings, published on Monday in the Proceedings of the National Academy of Sciences, were consistent regardless of an individual's intelligence or social class, researchers said.

The researchers determined the children's levels of self-control by questioning parents, teachers, other observers and the participants themselves at various points in their lives. When the group reached age 32, researchers measured their health, financial situation and criminal activity.

They found that those with the least self-control early in life were up to three times more likely to develop multiple health problems, struggle financially or be convicted of a crime.

Some of the negative characteristics among the study participants with low self-control had already begun to emerge by the time they were teenagers.

Children with self-control problems were more likely to start smoking by age 15, drop out of school or become teenaged parents. The researchers called these events "snares" that would increase their chances of having financial, criminal and health problems as adults.

The study leaves some important questions unanswered. For instance, it offers no explanation of exactly how a toddler's ability to wait patiently or remain motivated to reach a goal affects financial, social and physical well-being later on.

Even so, an increasing number of experts agree the relationship between self-control and future success or failure is unmistakable.

"Self-control is a vital skill for scanning the horizon to be prepared for what might happen to you, for envisaging your own future possibilities, for planning ahead to get where you want to go, for controlling your temper when life frustrates you …" Terrie Moffitt, a Duke University psychologist and the lead author of the study, said in an e-mail from New Zealand. "We all use it every day, but some of us use it more skillfully than others."

The challenge is to uncover how the relationship works and what can be done to prevent low self-control from creating a negative cascade effect throughout a person's life, said Alex Piquero, the Gordon P. Waldo professor of criminology at Florida State University, who was not involved in the study.

"There is a lot of evidence that's accumulated now," Prof. Piquero said in an interview. "Now the key is to figure [the relationship]out."

He highlighted the fact that children involved in the study who were able to improve their self-control abilities as they aged avoided many of the negative pitfalls of their peers. Given the evidence, Prof. Piquero said, policy-makers should consider ways to educate children and their parents about the importance of self-control and its potential impact on the rest of a child's life.

"You're training people to think about the long-term consequences of their behaviour," he said. 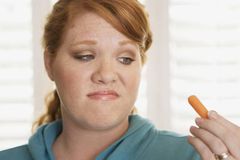