When Kate Soles saw uniformed schoolgirls walking around her neighbourhood, she would cry. A week earlier, the Victoria woman had found out that she was going to have a baby boy – even as everything she had considered about parenthood involved raising a girl. Now, she would not get one.

Her partner, Mary-Jean, gave birth to Eliot in October, 2010. "I got over a lot of my grief and disappointment before he was born," Soles assured.

What made the prospect of a boy so undesirable? Soles had been an only child and went to an all-girls school until she was in Grade 8. In high school, most of her friends were girls. Studying female-dominated English at university, she lived in an all-girls residence.

"A lot of it was the unknown."

Many mothers and fathers hardly realize that they have gender hopes – until the sex of their child is revealed and they learn that they were harbouring expectations all along. While not an official diagnosis, "gender disappointment," a private feeling of shock and dejection, washes over some parents when they envision life with a boy or a girl, only to birth a child of the opposite sex. Along with the disappointment comes guilt: As so many parents struggle with infertility and children in poor health, how can anyone be dismayed by a healthy newborn baby?

For many parents experiencing gender discontent, the feeling tends to pass soon after the child is born. But for those who are truly zealous for one sex over the other, there are more unsettling routes: In the United States, gender disappointment has yielded brisk business for fertility clinics peddling what doctors euphemistically call "family balancing." That's sex selection using preimplantation genetic diagnosis (PGD), a technique originally used to screen embryos for genetic diseases.

While gender selection is illegal in Canada, there is no legislation against disclosing the sex of the fetus. Although physicians consider disclosing the gender unethical if the patient's purpose is sex selection (and therefore might lead to abortion), disclosure remains a fairly common, informal practice during ultrasounds. Couples can get around the Canadian law by heading south of the border for PGD; a recent Slate article followed a Toronto nurse who spent $40,000 (U.S.) in pursuit of a baby girl – reportedly the preferred gender for most Caucasian-American patients seeking PGD. The Slate piece also unearthed numerous online communities of mothers agonizing over the male gender of their newborns, and looking for support.

"I came across lots of stories from parents who'd had six of one gender just to have one more chance at getting the other one – not something that my partner and I were ever prepared to do, or even considering," said Soles, who trolled some of the online forums at the height of her own depression but ultimately "normalized" her feelings by talking to friends she could trust, since professional alternatives are sparse for such parents. "I certainly relate to anyone who feels disappointed with finding out the gender of the baby," she said.

Talking to women helped Dan Riggan, a Boulder, Colo., psychotherapist who experienced "gender grief" for a week after the birth of his second daughter, Braelyn, in June.

His wife, Stephanie, 42, had a home birth: The newborn was placed face down on his wife's belly, concealing the gender. "When we lifted up the blanket and I saw that she was a girl, I had this shock, like 'Oh,' " recalled Riggan, 41.

His thoughts were essentially, "Wow, this is it. I'm not going to be able to do this in this lifetime, this want: to raise a boy into a man." There was also a selfish element: "There's just something different for me about raising more of the reflection of me."

Riggan said his wife listened, but was too "baby blissed out" to fully understand. Since most of the guys he knows have sons, he turned to female friends who have a parallel dynamic: all sons, no daughters. From these conversations, as well as sessions with clients, Riggan found "a large majority wants the same gender."

As a mother who experienced the opposite scenario – yearning for a boy but getting a girl – Maia Yarymowich gets why society does not empathize with such parents: "I was the first person to consider it a frivolous type of thing," the 40-year-old mom said from Montreal.

Soon after she had her son, Jules, three years ago, Yarymowich semi-consciously started modelling her own ideal family after that of her sister, whose two boys were "great friends." She was also nervous about having a fraught mother-daughter relationship.

At 20 weeks, Yarymowich unwittingly found out that she would be having a girl as she underwent amniocentesis, which tests for chromosomal abnormalities. The lab let it slip: "We didn't want to find out and that doubled the shock. It really just hit me like a ton of bricks."

The low lasted a month, but her obstetrician was dismissive. Today, Yarymowich wonders what role hormones played: "When I met her, it was game over – this is the greatest thing ever," she said of Marianne, who is now three months old.

Even though she hankered for a son, Yarymowich cannot relate to women paying for girls. "Do you want a child, or do you want a doll?"

Even with the stigma around gender disappointment, Timothy Caulfield, a law professor in the School of Public Health at the University of Alberta, said he has seen a shift in his own students – from great caution as reproductive technologies roll out, to increasing social accommodation.

"If someone has three boys and they want a girl, is the harm such that the state should ban that choice?" Prof. Caulfield posited.

Amy Mullin, a University of Toronto philosophy professor who wrote Reconceiving Pregnancy and Childcare, has reservations about strong gender preferences: "They imply that a parent is less open to parenting some types of child than others. … Then the child might feel the weight of this disappointment."

Even so, Prof. Mullin understands why some parents get hung up on gender: sibling relations, the relationship with their own mother and father, and stereotypical ideas about interests and career prospects. Some parents also obsess about sharing gendered rituals, mothers helping daughters pick a wedding dress, for instance.

There may be no wedding gown in Eliot's future, but today he splashes in puddles, gets filthy in sandboxes – and does the occasional tea party with his mom.

"I'd say I'm completely over it," Soles said. "We certainly know little girls who refuse to wear pants and only like to wear pink. I'm glad I'm not dealing with that. Really."

The genderless baby? Well-intentioned but wrong
May 26, 2011 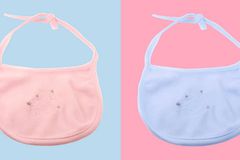 The month a baby is conceived in can have serious consequences, says study
April 14, 2009 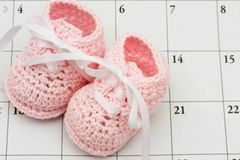 Divorce, fatherhood, your baby's gender: When did everything turn into a party?
June 25, 2011 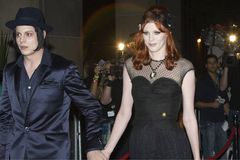