Last week a friend of mine faced a parenting dilemma at the playground. A child (not hers) was whipping snow at other youngsters. This wasn't a fun snow fight between friends – more like a mini abominable snow monster in enemy attack mode. As an adult on the scene, she wondered how to respond: stay put or step in? As she contemplated, the little hell-raiser got bored and moved on, but even though the threat was neutralized, my friend wondered whether it was right to stay on the sidelines.

That same question is raised in a new NBC miniseries called The Slap, premiering next week, about the controversy that erupts after a man smacks someone else's son across the face at a barbecue. (A little context: the boy was swinging a baseball bat around, he ignored scoldings and the man who hit him feared that his own kid was about to get hurt). The rest of the series is about the fallout from this single incident – suffice it to say that the slapped boy's parents don't agree with the way their son was disciplined, which is not surprising given the violent nature of the titular act.

But what if the protective father had simply yelled at the other kid, given him a time-out or confiscated the baseball bat? On the matter of corporal punishment, most of us align in the anti camp. But when it comes to the broader dos and don'ts of disciplining other people's children, the rules are a lot less clear.

According to an inconclusive Google search, the expression "It takes a village to raise a child" is either an African or a Native American proverb – either way it speaks (first literally and later figuratively) to the "we're-all-on-the-same-team-here" attitude that underscored child rearing for most of human history.

More recent anecdotal evidence (my own childhood) suggests that even just 20 years ago, every adult was a potential enforcer should circumstances demand it. I can recall being reamed out by relatives, neighbours, teachers, even a best friend's significantly older sister. Mom and Dad were the primary disciplinarians, but pinch hitters were in high supply. This was bad news for me, but gave my parents, and most other parents, a support system and a sense of community. There was a collective understanding that reprimands should be measured and reasonable, which wasn't too hard to arrive at since most adults tended to agree on the nature of crime and punishment.

Today, a shared societal notion of good and bad behaviour has gone the way of the BPA-laden bath toy – one parent's "adorable" is another's "obnoxious" (never mind what does and does not qualify as "dangerous"). This discord has caused parents to double down on their own decisions rather than lean on each other. The whole village philosophy kind of falls apart when all the villagers want to tell each other where to stick it.

In his book Paranoid Parenting, sociologist Frank Furedi discusses the "erosion of adult authority." Parents have become so obsessed with teaching their kids about "stranger danger" and all of the ways adults can hurt them that they fail to teach them that grownups are in charge.

"It used to be of course your mother would want me to correct your bad manners. Now maybe not," says Ceri Marsh, a Toronto mother of two and editor of the Sweet Potato Chronicles food and parenting blog. Marsh recently confronted a kid who had taken her daughter's lunch money. Later on, that kid's mother told Marsh to speak to her (and not her child) in the future. "She wasn't even defending the behaviour – she just didn't want me speaking with her kid," says Marsh.

Canadian parenting expert Beverley Cathcart-Ross says this fear-based need for singular authority can get in the way of healthy development. "It's so vital that children understand that not every situation and environment is going to be like home," she says. "Most kids can absolutely understand the idea of 'my house, my rules.'"

It's the parents, in many cases, who need help letting go. The key is learning how to separate different from dangerous, and recognizing that a casual tut-tut on the playground isn't a personal attack, even if it feels like it. "As a parent you have to have a thick skin," says Cathcart-Ross, adding that the pursuit of perfect parenthood has created a situation that is perfectly ridiculous. "We are fools not to enjoy and take advantage of the village around us. If it's not a matter of life and death, don't sweat it."

The bystander effect: Trying to turn witnesses into white knights 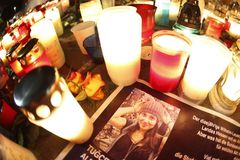 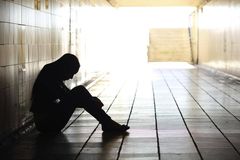 Ready, get set, time out! But follow with positive reinforcement 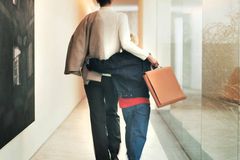 Have Your Say: How do we (or should we) discipline other people’s children? 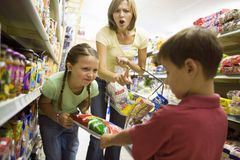