Ah, behold the adult without children: unburdened and carefree, the next great adventure up ahead. And over there, meet the parents: anxious and sleep-deprived, muttering about attachment-this and self-esteem-that. I have two kids but the childfree are my real people. As Liz Lemon would say: "I want to go to there."

The compass of popular culture is firmly oriented toward families, from the pregnant celebrities clogging the tabloids to a steady cascade of parenting books and blogs, and media debates on parenting "styles." To the childfree who have to live alongside this noise, absorbing the panic in offices and restaurants: Sorry. But please know that the smug, modern child-centric moment is alienating not just for those who don't have kids, but for many of us who do.

Despite the professionalization of parenting, getting it exactly right is impossible, and the pressure to do so breeds guilt and anxiety. This is the territory mined in a new book by Jessica Valenti called Why Have Kids? The difficult birth of her daughter provokes an exploration of what she calls "the seductive lie that parenting will fulfill our lives."

Recently, The Atlantic ran an excerpt in which Valenti describes the alarming outcome of a 2008 Nebraska law decriminalizing child abandonment. The law was drafted to reduce infanticide rates by permitting parents to drop off babies they felt they couldn't raise, without repercussion. But due to a glitch in phrasing that didn't specify age, the law actually allowed anyone to abandon a child with impunity. So parents started showing up with kids and teens. One father offloaded nine offspring. Another woman drove from California to drop off her 14 year-old like an overdue DVD. The law was rewritten.

Of course, there's a moral canyon between abandoning one's real live kid and not parenting in the first place, by choice or circumstance. But the excerpt swings a spotlight on the divide between parents and the childfree (a phrase often preferred to the more judgmental "childless"), and it set off an online kerfuffle. One female reader posted about the response she gets when she mentions not wanting to have kids: "It's very aggravating to get the 'What's wrong with you?' or 'Are you sure?' rebuttal … if not a whole 30-minute sermon, as if you were too stupid to know yourself and what you want out of life."

It's unlikely that men without kids endure the same interrogation. There aren't many headlines about Justin Theroux's tragic childlessness at 41, while Jennifer Aniston's shrinking egg supply is a cause of global hand-wringing.

The belief that all women desperately want to become mothers – and that those who don't are biological aberrations – is almost mythically entrenched: Behold the barren crone or the fairy-tale evil stepmother, all monstrously going against the order of things.

In fact, the childless are here, and their ranks are increasing. According to 2011 census data, while 39.2 per cent of census families comprised of couples have at least one child aged 24 and under at home, 44.5 per cent don't.

The number of couples without children has steadily increased over the past decade.

But it's a "pro-natalist" world, and the childfree have to live in it. On the website The Childfree Life, forum topics include parent colleagues who expect others to pick up the slack; childfree pubs and how to avoid baby showers.

This is where I, a mom, find myself nodding along: Yes! No babies on bar stools! Can't stand those people who hide behind their kids' appointments! Baby showers are worse than customs lineups! Of course, these are high-class obsessions; most working moms and dads aren't in a position to spend hours debating slings vs. strollers. According to a report by the United Nations Children's Fund, Canada has a shameful child poverty rate of 13.3 per cent, ranking us No. 24 out of 35 industrialized nations. That leaves a lot of parents with greater concerns than preschool tutoring.

I chose parenting, and truly love it, but I'm fascinated by women who decide not to have kids. It requires admirable strength to move against the accepted script. And there's a potential for a full, boundless life when one is childfree that seems to easily outweigh the old argument of inherent loneliness.

Parenting, as so many of us do, without community or familial support is lonely, too. Even with support, it's not easy to go through the hunkering down of those early years; the shrinking of experience, encouraged – almost demanded – by a culture that elides parents' needs in favour of kids'. Valenti's sharp, caustic book probes the real reasons many parents look across the divide at their childfree counterparts with longing: unresolved questions of domestic labour, childcare, parental leave. These kinds of simmering social policy issues are the real source of an anxiety that can't be assuaged by mommy groups and organic soothers.

How we care for children as a society will ultimately affect all of us, childfull and childfree. But about the soothers – parents should probably shut up.

Who's healthier: Women with children or women without?
November 27, 2011 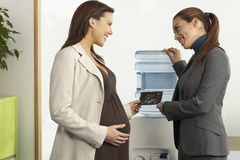 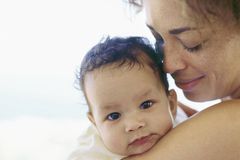