Your child is cranky, defiant and driving you up the wall. What's a parent to do?

If you've read or received any parenting advice in recent years, you'll have encountered the notion that children and teens can't help it when they throw tantrums and lash out; chances are they're tired, hungry, scared, frustrated or otherwise overwhelmed. Increasingly, the accepted wisdom is that rather than a scolding or punishment, kids need help cooling down when they're acting up.

Dr. Stuart Shanker, a distinguished research professor of philosophy and psychology at Toronto's York University, has come up with a five-step process and a name for this approach. He calls it "Self-Reg," which is also the title of his new book, written with Teresa Barker, Self-Reg: How to Help Your Child (and You) Break the Stress Cycle and Successfully Engage with Life.

His five steps – reading signs and understanding the meanings of difficult behaviours, identifying sources of stress, reducing stress, recognizing the feeling of excessive stress and determining how to regain calmness – draw on the current understanding of how developing young brains work, rather than break any new ground. But that doesn't mean they aren't powerful. In his book, Shanker, who is also the chief executive of the MEHRIT Centre, an organization that provides training to school boards, offers plenty of anecdotes of how his process has transformed parents' and teachers' perspectives and improved families' lives.

If you can get past the name, Self-Reg can provide some helpful insight on how to get to the bottom of a range of issues, from babies' sleep troubles to teen apathy.

We reached Shanker, who is a father of two, ages 14 and 11, at his home in Eastern Ontario and asked him how he deals with his own children's worst behaviour.

You mention when your kids were younger, you used to explode at them when they acted up. How has your work affected your parenting?

I had an interesting situation just this morning with my son. He missed the school bus and was just being a 14-year-old pain-in-the-whatever. I got angry, but then sort of stood back and got a chance to talk to him quietly. By lowering my voice and slowing everything down, I asked if there was a reason why he didn't want to take the bus. He kind of broke down and I learned he was getting bullied on the bus. Here I was, my initial thought was that he was being lazy or oppositional, but in fact, it was avoidance behaviour.

By having the chance to talk to me about it, he went to school happy, and I think he's going to have a good day. Whereas if I had forced him to catch the bus, he would have had a lousy day.

What is the difference between misbehaviour and stress behaviour?

Misbehaviour is when the child is fully aware of what he was doing and that he should not have been doing it. And it means it was within the child's capacity to have acted differently. With stress behaviour, he really doesn't have those capacities.

The reasons are a function of how the brain works under extreme stress. When the child is overstressed, the front part of his brain that he would use to think about his actions to restrain himself goes offline. The more primitive part of his brain takes over and it acts on impulses and very strong negative emotion. In stress behaviour, the child is not actually choosing anything. He's probably not even conscious of what he's doing.

In that kind of situation, we have to get them back into a calmly focused and alert state. We have to turn off the alarm. When we've done that, now the child can process whatever we're trying to teach, provided that we don't turn the alarm back on, don't threaten, don't shout.

You suggest in the book that children, and even adults, have difficulty experiencing what calm feels like. Why so?

It's one of the big problems we're facing today. What's happened in our culture is we have a lot of evidence now that stress levels are extremely high. What I'm concerned with especially are hidden stressors, stressors that people are not aware of. I explain stress as a depletion of energy. What happens when you're overstressed, because you are energy-deprived, basically your gas tank is empty, you resort to doing things that will give you that instant shot of adrenalin.

Because of constant stress, we're seeing a generation of kids now who are constantly craving things that will give them that shot of adrenalin and they don't know what calmness actually feels like. They very rarely experience that state of pronounced awareness of what's going on inside yourself and around you.

How did previous generations compare when facing stress?

It's next to impossible to compare stress today to, say, stress 20 years ago. But what we can talk about is how high is stress today. And we have all kinds of indicators that the stress is too high today. The big challenge that we face is so many stressors are hidden stressors. And what we're seeing is a very worrying increase across the board in physical and mental health problems, which we can directly tie to excessive stress.

What are hidden stressors?

Let me give you an example. There was a very interesting study last summer, showing that if a child plays a violent video game before he goes to sleep, the violent video game triggers the limbic alarm, which raises your heart rate and it raises your blood pressure and breathing rate so you can cope with danger. And of course the limbic system is a very primitive system and it doesn't recognize this is just a game.

So when the child falls asleep, that limbic alarm does not turn off. It stays on for good evolutionary reason, in case that danger comes back. So here's a child who might be sleeping, yet his heart rate is racing, his breathing is very fast, he's burning through enormous amounts of energy. That's what we mean by hidden stressors. They're things that burn our energy without promoting growth and we're not aware of it.

So if an increase in physical and mental problems is related to heightened stress, what happens when kids reduce their stress levels?

What we can say is we can significantly mitigate the severity of the symptoms. Self-Reg is not a way we can cure any of these problems. But what we find is with every one of these problems, the child's stress level, for many kinds of different reasons, is very high. And when we can figure them out and reduce it, what we see is a very dramatic improvement in quality of life and self-management.

During the summer months, the phrase "I'm bored" is something parents will likely hear a lot. But you say overstimulation actually produces boredom. How so?

This is fascinating research that a colleague at York has been doing. What we find is that the complaint "I'm bored" is actually what's called an avowal. What it really means is "I feel yucky." It's an expression of "I've got way too much [of the stress hormone] cortisol in my system and I'm really stressed."

So what are we supposed to do? Well, there are all sorts of self-regulating activities – in other words, activities that actually replenish energy, like playing in nature, or just playing, sports and music. There's a long list. What parents have to ask themselves is whether an activity actually reduces stress or increases stress. For my sons, the effect of physical exercise is transformative. But there's no one-size-fits-all. Parents have to find out through experimenting what works for their kids. But if you understand the signs of what activities are regulating, you won't hear "I'm bored" any more. 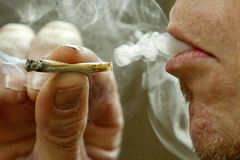 Leah McLaren: Too much homework stifling your kids? Let them just say no
May 5, 2016 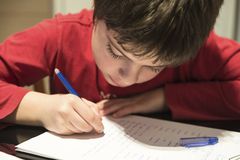