Back in the days before anyone cared whether Justin Bieber trimmed his bangs, hardly anyone - and certainly not most adults - was prepared for the power of YouTube. As the pop star's biopic, Never Say Never, tells it, those fuddy-duddy record producers couldn't see the potential: They just didn't understand where the kids were hanging out, Justin Bieber's manager Scooter Braun says in the movie. Of course, $100-million later, Mr. Braun has been more than proven right. After Facebook, this is where teenagers live online.

Yet while parents may screen their teens' Facebook photos for evidence of texting or underage drinking, their kids' YouTube habits often fall lower on the safety radar.

But new studies are raising questions about whether YouTube - with its promise of instant fame and attention - may also be fostering risk-taking and dangerous habits among teenagers, and exposing younger children to questionable content.

A few clicks and the right search words - plus an easy sidestep of the prove-you're-18 login - and you can find videos of teenagers, mostly boys, riding on the roofs of speeding cars, setting their hair on fire or standing on railway tracks to film trains speeding toward them. Last summer, a 20-year-old wannabe stuntman in Cochrane, Alta., was charged with trespassing after he jumped from an overpass onto a moving train and posted the YouTube video. (His defence, also posted on YouTube: "I don't know why they care so much about that - I'm only putting myself in danger.")

And this week, a Canadian study found that "cutting" videos on YouTube may be encouraging self-injury among teens, predominantly girls.

"Parents don't like to sit down with their kids and say, 'Here's a site that shows people cutting themselves.' But know what? Get a grip. Because you have to," says Sherry Turkle, a social media expert at MIT and the author of Alone Together: Why We Expect More from Technology and Less from Each Other. When she researched families for her book, she says, concerns about YouTube weren't a priority for parents.

Google, which purchased YouTube in 2006 for $1.65-billion, tries to stay on top of questionable content, responding quickly to public complaints and flagging videos as "inappropriate for some viewers.' " This month, for example, the site banned Rihanna's new S&M video for being too sexually explicit. But with a constant stream of material - 24 hours of new video is reportedly uploaded each minute - it's impossible to keep on top of it all, and posters change code words frequently to make videos hard to find.

This week, for instance, when the University of Guelph study on self-injury videos was published, Google immediately contacted the researchers to request the links for the 100 videos they'd analyzed. These were removed. But lead author Stephen Lewis points out there are actually more than 5,000 self-injury videos on YouTube. "It doesn't really solve the problem," says Dr. Lewis, an assistant professor of psychology. "If you take some of these down, there are still thousands more up there."

And they're being watched avidly, according to Dr. Lewis's research. The 100 videos featured in the study, half of which were live depictions of teenagers cutting themselves, had been viewed more than two million times and received overwhelmingly positive ratings. . (Dr. Lewis says that surveys suggest 20 per cent of teenagers commit some form of self-injury, most of them repeatedly.)

This is not the first Canadian study documenting high-risk behaviour portrayed on You Tube. In 2006, after treating numerous young hockey players with strange concussions, Kevin Gordon, a pediatric neurologist at the Izaac Walton Killam Children's Hospital in Halifax published a study showing they were participating in a hazing ritual called "helmets and gloves." Players punch each other in the head repeatedly. Dr. Gordon used Youtube videos to prove it to the sports community.

A Dalhousie University study published last year in the journalClinical Pediatrics looked at posted videos of teenagers choking themselves and each other to pass out, an activity that can cause brain damage or death.

"It's hard to say whether YouTube is allowing a window into an adolescent community, or whether it normalizes the activity and makes it acceptable," says Martha Linkletter, the lead author of the study, now a pediatric resident at the IWK Hospital. Probably both, she says. In her study, hits to the choking videos increased by 60 per cent in three weeks. The videos, she says, were more popular "than cute puppies." And they made an extremely dangerous activity look fun and safe.

But there's no keeping teenagers away from YouTube - as an outlet for creativity and self-expression, it's hard to make a case for it - so it's unrealistic for parents to assume their kids won't eventually peruse iffy content. "You can't make everything disappear," says Dr. Gordon. "It's going to get out there. Let's talk about it."

That's means asking simple questions, says Dr. Linkletter, such as: "Have you ever seen the choking game on YouTube?" And the sooner the better, she says, because research shows that parents have the most influence on younger teenagers. (Older teenagers are more likely to heed the warnings of victims or participants.) "It's a misconception that by bringing up the activity you are going to cause the activity."

Besides, the experts point out, the ubiquity of YouTube also means parents who sit down at the computer with their teens can find a better message - a growing number of public service announcements or confessional videos warning them away from dangerous activities. The "It Gets Better" project, for instance, reaching out to gay teens, continues to pile up hits and new testimonials.

Since Dr. Linkletter's study, the first sites that pop up about choking games now are memorials to teenagers who died while trying it. And Dr. Lewis is exploring how YouTube might be used to reach teenager committing self-injury.

For parents, shifting the conversation may be just a few search words away. Six hours of YouTube may be good for them
February 3, 2009
Adults must be alert to sexed-up images targeted at very young girls
June 9, 2009 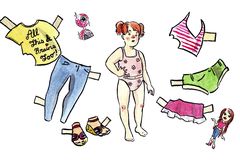