A couple of weeks ago, I found myself wandering through a fascinating exhibition called Snip It! Stances on Ritual Circumcision in in the Jewish Museum in Berlin.

In addition to displaying a lot of terrifying-looking ceremonial scalpels and some rather gruesome wax penises, the exhibition invited attendees to weigh the moral pros and cons of this ancient ritual – something I've trained myself not to do as the mother of an uncut son.

Circumcision isn't something I'd ever really thought about until after I had my son. I remember being asked by an acquaintance, when James was just a few weeks old, whether I'd taken him in for the snip yet. "Of course not," I answered without hesitation. "Why would I? It's barbaric." And then I watched as the woman's face folded itself into a pursed little smile and she muttered something about her two boys being circumcised "for cultural reasons," before turning away from me altogether.

These are the sorts of value judgments you get better at hiding as you forge deeper in the weeds of parenthood. But at the time I was green and hapless, just arrived from the Land of Childlessness.

As "personal choices" go, circumcision is becoming an increasingly sensitive issue. A controversial Danish study released last month concluded that boys who are circumcised as babies are twice as likely to develop autism spectrum disorder before the age of five. Researchers at the respected Statens Serum Institut in Copenhagen studied more than 340,000 boys born in Denmark between 1994 and 2003. The results are startling – though as critics of the study point out, the link is speculative, not established.

But Dr. Morten Frisch, whose team carried out the research, said his investigation was "prompted by the combination of recent animal findings linking a single painful injury to lifelong deficits in stress response and a study showing a strong, positive correlation between a country's neonatal male circumcision rate and its prevalence of ASD in boys."

Now before you begin shrieking about previously discredited autism links, consider for a moment the sheer irrationality of circumcision itself. Roughly a third of males in the world today are circumcised, and the vast majority of those procedures were for religious and cultural reasons. A tiny minority must have the procedure performed later in life for medical reasons. While the American Academy of Pediatrics has concluded that circumcision is a matter of personal choice in which the modest benefits outweigh the risks, most of the world's medical establishment sees little to no value in the practice.

In Canada, non-medical circumcision is no longer covered by the state, and many doctors refuse to perform the surgery on the grounds that it's unnecessary and carries the risk of complication. While the practice is still common in Muslim and Jewish cultures and in the United States (where the false notion that it is somehow more hygienic still pervades), U.K. circumcision rates have fallen steadily since the 1950s, from nearly universal then to about 5 per cent currently. Canada falls somewhere between the U.S. (43 per cent) and Europe with a circumcision rate of roughly 30 per cent. In Scandinavia it is almost unheard of.

The main argument for circumcision, aside from religious reasons, is that it makes the penis easier to wash and thereby cuts down on the risk of sexually transmitted infections later in life. In sub-Saharan Africa, circumcision has been found to significantly lower HIV transmission rates, but these findings do not bear out across the Western World.

Advocating for circumcision in the developed world on the grounds that it's more hygienic is a bit like arguing that we could cut down on cases of head lice by insisting all school-aged children shave their heads. Well, yes, I suppose that might work.

But aside from hygiene and religion, there is another, more insidious reason why so many baby boys are still circumcised in North America, and that is the fact that many circumcised Dads quietly insist on it.

"He wanted his son to look like him," is how many mother friends have put it to me, confidentially, with a wince. Some of them initially resist, but when it comes to matters of the penis – even their baby's penis – most women give in. And as long as there were few risks, this is how they justified it to themselves. It can't hurt, right?

Except that clearly it does hurt the baby. So why inflict pain if it's not necessary? Why irrevocably change his perfect, healthy body for no medical reason?

In more liberal Muslim cultures, boys are not circumcised until later in life (between age 7 and 10), and the procedure is often optional. This seems an eminently more reasonable way of approaching the practice. If your son wants to look like his father, fine. It's his penis. It should be his choice.

Editor's note: This column incorrectly said that, in Germany, the practice of neonatal circumcision has been banned since 2012 following a court ruling. In fact, a few months after the court ruling, Germany's parliament passed a law keeping circumcision legal. 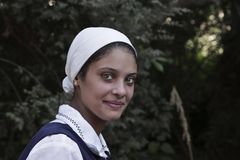 Opinion
Why does children’s pain get short shrift?
September 30, 2014 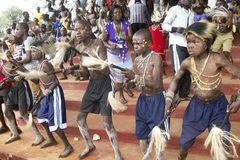