Courtney Horowitz knows why other parents give her side-eye at the park.

“We let him run like a demon child at the park,” she says.

“He will inevitably bypass all of the little slides with nice safe ramps going up to them when we go to a new playground, opting to head straight for the 12-foot-high enclosed slides with seven year olds racing up them.” 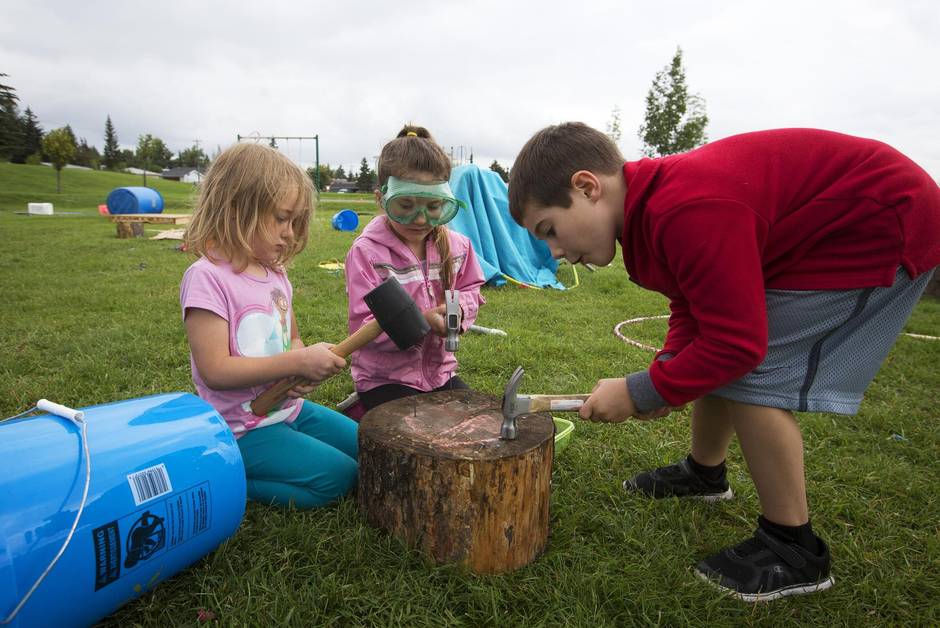 Children play at the mobile Adventure Playground in Calgary, where they are encouraged to build things out of supplied materials without parents being involved. (Todd Korol for The Globe and Mail)

She and her husband will watch from a safe distance, not hovering within arm’s reach, like most of the other parents.

That parents such as Horowitz are judged as irresponsible for letting their children run wild at parks, playing on things deemed too dangerous for them, is merely one symptom of our bubble-wrapped, hyper-protective parenting culture.

“The pendulum has swung too far, almost ridiculously so,” says Dr. Mark Tremblay, director of the Healthy Active Living and Obesity Research Group at the Children’s Hospital of Eastern Ontario.

Many experts, academics, municipalities and non-governmental organizations agree that children’s play has become too safe, and kids are suffering the consequences. To push the pendulum back toward a healthy middle ground, a movement is growing across Canada to bring back “risky” play.

“What we’re trying to do is to get the concept of risk out of the dog house. Risk isn’t a bad thing,” Tremblay says. 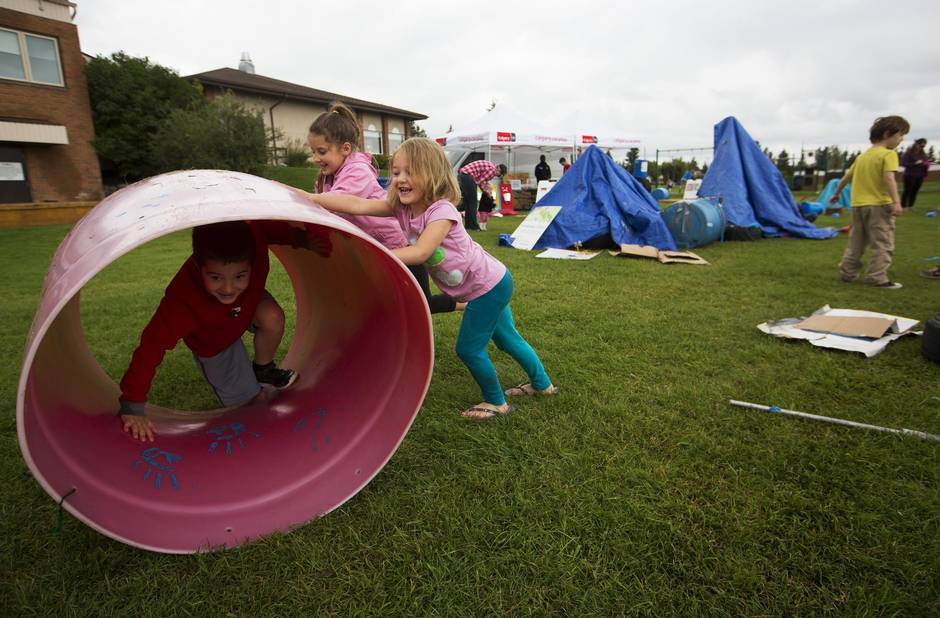 Many experts agree that children's play has become too safe, and kids are suffering the consequences

“In fact, from a child-development perspective, it is absolutely essential for them to reach their potential.”

“We know that outdoor play is essential for health development,” says Christine Alden, program director at the Lawson Foundation. In January, the Toronto-based non-profit organization dedicated to the well-being of children and youth announced $2.7-million in grants to 14 projects across Canada as part of an “outdoor play strategy.”

Reintroducing risky play is a central feature of many of the funded projects.

The City of Calgary, for instance, is using its grant funding to test a so-called adventure playground and to develop a municipal play charter. 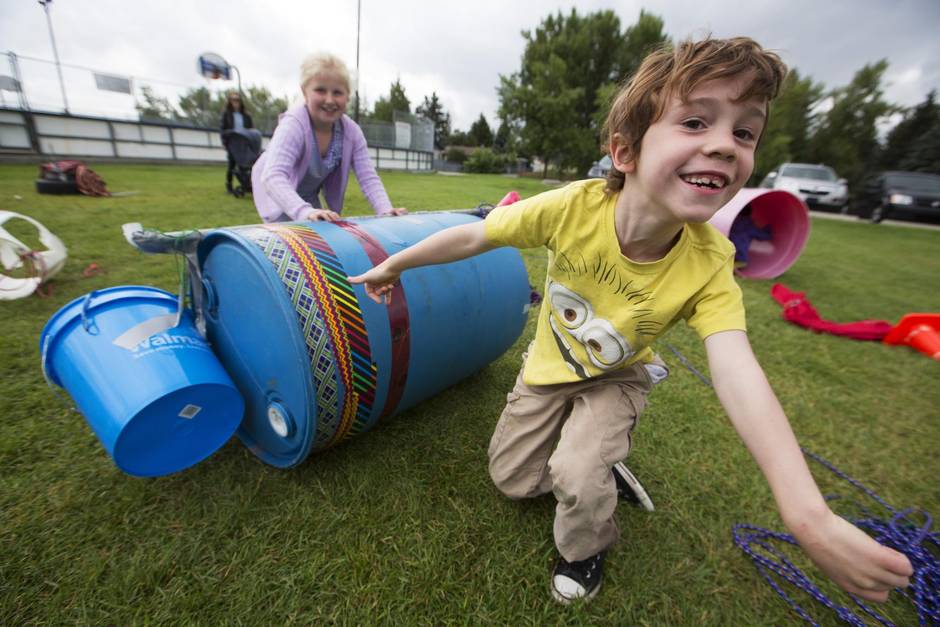 In an age of helicopter parenting culture, a counter-move is rising to reintroduce risky to children's outdoor play.

In June, Calgary began piloting the mobile adventure playground, a non-traditional type of play that features loose elements such as boards and tires that kids can explore however they choose.

“I saw four year olds hammering nails,” Cowie says of the playground’s opening day. Some kids made tepees. Others jumped around tires. “We need this as a way for our kids to explore creativity, to explore risk, to explore their sense of boundaries and to have fun,” she says.

The city’s “play charter” – to be developed in partnership with some two-dozen organizations across Calgary, such as the YMCA, the United Way, the Calgary Zoo and Boys and Girls Clubs – will support risky and unstructured play throughout parks and playgrounds.

Of course, the city is aware of the difference between acceptable risk and negligence.

“We absolutely have a due diligence on behalf of the municipality to make sure what we are doing is safe,” Cowie says. 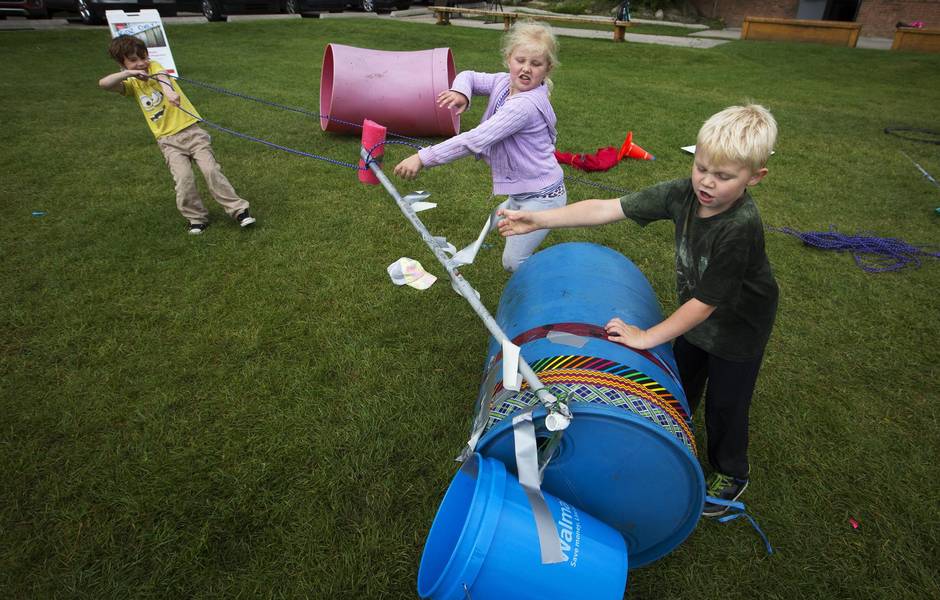 Risky play has been linked to better balance and co-ordination, as well as improved creativity and social skills. (Todd Korol for The Globe and Mail)

Calgary is not the only Canadian city with an interest in this style of play. Earlier this summer, Toronto councillor Joe Cressy introduced a motion calling on the parks department to make recommendations to council on how to bring adventure playgrounds into the city’s parks.

“More unstructured play where kids have an opportunity to use their creativity, to work either on their own or with others to come up with games, often results in better play overall and better learning,” Cressy says. “It’s not like we’re talking about bringing out flamethrowers. This is done in a safe environment.”

Talk to any advocate of risky play and they will inevitably offer a similar qualifying statement: We’re talking about risk, not reckless endangerment.

Norwegian researcher Ellen Sandseter, one of the world’s leading advocates for risky play, defines it as any activity that is thrilling or exciting and involves some possibility of physical injury. In the nearly 10 years since Sandseter began examining the subject, multiple studies have linked risky play to a raft of benefits, including better balance and co-ordination, as well as improved creativity and social skills. 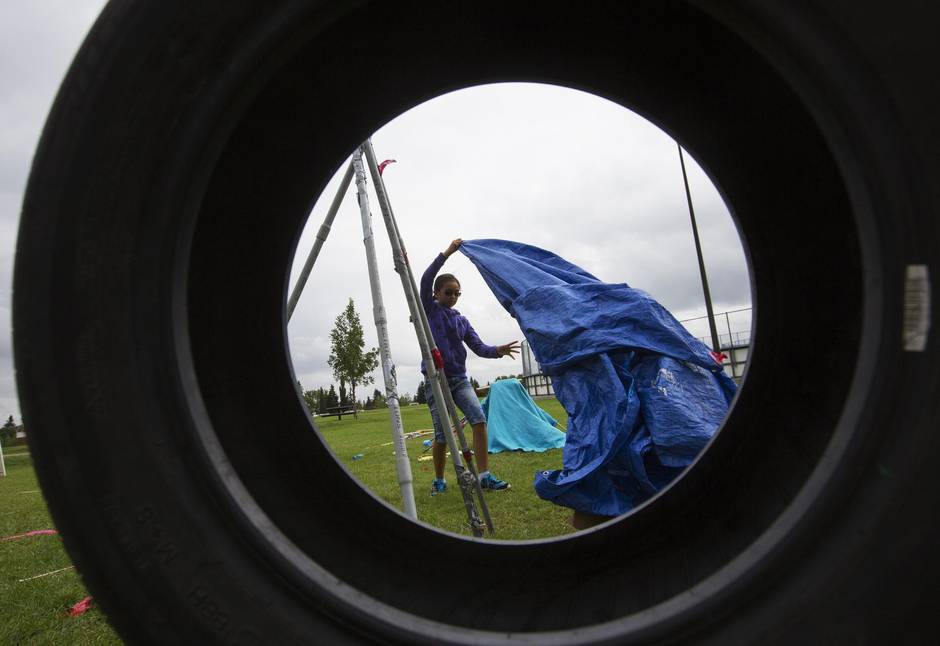 Advocates say they're aware of the difference between acceptable risk and negligence, and are promoting a creative form of play in a safe environment (Todd Korol for The Globe and Mail)

It’s no wonder advocates want clarity, considering our cultural skittishness around the topic, not to mention its litigiousness. Given the current uncertainty over what constitutes acceptable risk, individuals and organizations that may face lawsuits if a child is injured tend to err on the side of overly cautious.

The Canadian Public Health Association, a non-profit organization based in Ottawa, is currently using a Lawson Foundation grant to develop a policy tool kit on risk for playground decision makers, including school boards.

The goal is to provide a policy framework that will give kids “play spaces that are as safe as necessary, not as safe as possible,” says Frank Welsh, the organization’s head of policy.

“You don’t want broken equipment. You don’t want equipment that could result overtly in injury. But you also want something in place that is challenging enough to the kid that they don’t get bored,” he says. 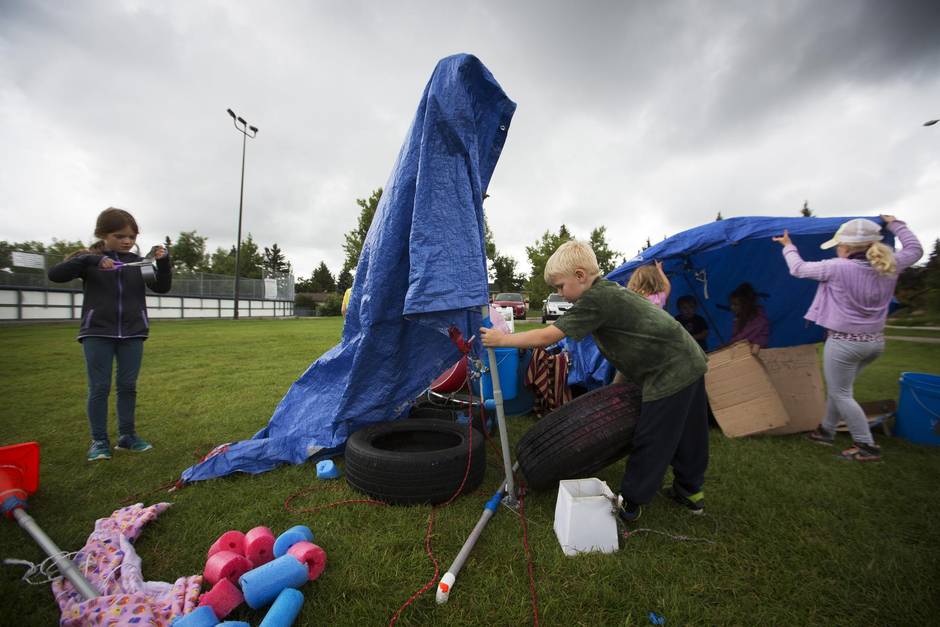 Calgary isn't the only city with an interest in this style of play; a Toronto councillor has introduced a motion to bring adventure playgrounds to the city's parks. ((Todd Korol for The Globe and Mail)

As well as playground structures, the new tool kit will clarify other issues concerning responsibility. For example, education legislation across Canada tends to stipulate that teachers and school staff should act as a “prudent parent,” Welsh says. “But there is no real definition of what a prudent parent is.”

But there are parents such as Horowitz who already clearly see the value of risk. “We really want [Rory] to grow up to be confident. And I don’t think you get to be confident unless you’ve made some mistakes,” she says.

But really, she says, there is one reason above all others why she’d rather let her son risk falling than stick him on some boring piece of playground equipment.

“I don’t want him to be afraid of his world.”