The number-one day-to-day mistake parents make is that they don't shut up when they should. Nothing else even comes close.

"No, Alyssa, if you want the lip gloss you're going to have to use your own money."

"But Mom, that is so unfair. All my friends' parents buy them makeup. And we're richer than most my friends."

"This has nothing to do with your friends and their parents."

"Yes, it does, because then I won't have money when we go out together and hang out at Smiley's."

"I don't care about Smiley's. You're going to have to use your own money."

"But Mom, that is so unreasonable. You are being such a witch."

"Don't you dare talk to me that way."

"I will talk to you that way so long as you're being so unfair."

The problem is simple. With the great majority of teens, if they are not getting their way, anything that their mother or father says – anything – just pours fuel on the fire. They will argue and cajole and complain forever. (And I do mean, forever.) That is, unless the parent says, "I give up. You win. I've changed my mind."

The greater wisdom is that once you take an unpopular stance, and if after a brief discussion, you haven't changed your mind, it's best to say what you have to say – and then nothing further. It is a simple recommendation that can make a huge difference in reducing parent/child unpleasantness. But despite its simplicity and the great benefits that accrue, it can be very difficult to follow. Why? There are certain persuasive reasons that parents tell themselves as to why they must continue the argument.

"I have to make her understand. How is she ever going to learn? I can't just let it go. If I don't get through to her, she's just going to keep thinking her wrong-headed thoughts. I can't just keep quiet. I would be forfeiting my role as a parent."

The feeling is that you somehow have to change her thinking so that she sees it your way. If you can't convince her, she will never change.

"I get it, Mom. I can't always expect that you're going to give me stuff. What's going to happen to me as an adult if I always think that? I get it. You're right to insist that I buy my own makeup."

That is not going to happen.

The obvious fallacy is that it is what you do – not what you say – that matters. They learn their persistent arguing bears fruit, or that it does not. That is the only lesson.

"I can't just let her get away with the sassy backtalk. If I don't say anything, she's going to think it's okay."

Parents feel that not saying anything to backtalk is letting their child get away with it. Your teen has acted badly – and you have a moral obligation to respond to that. Not to do so would be a dereliction of parental duty and maybe a crime against the nation – you would be one of those parents who create bad-mouthed, disrespectful future citizens. You have to look at their ultimate aim in giving you grief.

The point of backtalk – the reason they do it – is that they're mad they're not getting their way, and they want to bully you into changing your mind. If you respond, their backtalk will have succeeded in keeping the argument going – and you will get more backtalk. Conversely, if there is no response, it renders the backtalk pointless. If you feel that as part of the moral police you need to stand up to their backtalk, that is fine. But understand that, in doing so, you will get more, not less of it.

This is a tough one, because we tend to see these squabbles as contests, and the one who gets in the last word wins. It's not a very mature contest – but we do it anyway.

But when you disengage and they keep going, it does feel as though you're the winner. At least it feels like you're the parent.

You can make your life with your teen a lot more pleasant if you can understand that these reasons for continuing the discussion will never lead to anything good. Say your piece and then consider the subject closed.

Clinical psychologist Anthony E. Wolf is the author of six parenting books including I'd Listen to My Parents if They'd Just Shut Up . E-mail him questions at awolf@globeandmail.com.

My teen interprets everything I say as criticism
September 8, 2011 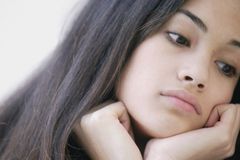 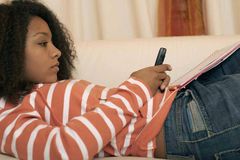 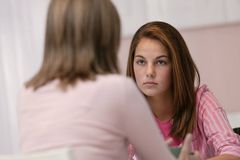