In his book, Selfish Reasons to Have Kids: Why Being a Great Parent Is Less Work and More Fun Than You Think, U.S. economist Bryan Caplan explores one of the big modern conundrums. We spend a lot more time on parenting than previous generations - and yet we seem to enjoy it so much less.

He adds that "investment parenting" - music classes, organized sports and educational games - doesn't really translate into much when kids become adults. Instead, we should let our kids drop hockey, watch a little TV and spend some quality time with a babysitter. We might like our lives enough to actually have more kids. The Globe spoke to Mr. Caplan, the father of eight-year-old twins and an 18-month-old, in Fairfax, Va., about his contrarian theory.

Are you saying that we should all have a lot of kids?

Not all, no. If you just don't like kids and they have no appeal to you, really I don't have much to say to you and I'm cool with that. I'm not trying to push a lifestyle on everyone. What I'm trying to say is, if you are a person who likes the idea of kids, being a great parent is less work and more fun that you think. Right now, parents are "overcharging" themselves for each kid.

You use a lot of economics lingo. Is it really a cost-benefit analysis?

Parents all over the world weigh whether or not to have another child: How much are we suffering now? People say they don't want to take on an extra kid, even though the idea is attractive. If you're tired and stressed out, it's not a lot of fun.

Do we just assume parenting is hard?

People often act like there's only one possible, responsible, conceivable way to raise their kids and any other way is terrible and will lead to disaster. The actual research says that's wrong - the results are pretty flat. You have a lot more wiggle room than you think.

So you question the whole role of nurture?

You need to look at adopted kids - that actually does measure how much parents matter and how much heredity matters. Another approach is using twin studies, where you compare identical to fraternal twins. Once you've measured the effect of heredity, you can measure how much room is left over for parents to matter.

And how much room is there?

A lot less than people think. Both twin and adoption research for most traits say that parents' long-run effects range from small to zero for a wide range of outcomes that parents care about, like health and success. For life expectancy, you see no effect of parenting. You might say, 'Well, who thought parents affected life expectancy?' Parents can nag you all they want [about not smoking, not drinking] but when you're an adult you're going to do your own thing.

What about all the things we do to stimulate our kids' brains?

Intelligence has been studied in great detail. Studies have shown that you can increase kids' intelligence when they're young, but by the time kids are 12 the effect disappears.

Are there any exceptions?

Parenting does affect when girls, not boys, first have sex. Parents have a big effect over what religion and political party you say you belong to, although much less on how religious you feel in your heart, how much you go to church as an adult, your views on public policy or whether you vote.

But the rest is not all genetic, is it?

My first two are identical twins and they're raised together and they're different in every interesting way. (You bring in the third kid and you see, wow, my twins are really similar to each other.) Yet, it's not the upbringing. This is a standard finding for any interesting trait. You see a moderate to large effect of genes and then a zero to small effect of upbringing. And then a big question mark.

What is the X-factor?

Philosophically, I'm a big believer in free will and I think that's a lot of what's going on. Two people can have everything the same and one will go down the right path and one will choose the wrong path.

So, then, why be a good parent?

The most meaningful effect that parents have is on how your kids see and feel about and remember them. This really is a long-lasting effect. What's sad to me is that parents put so much energy into moulding their child and saying, "I'm your parent, not your friend. I'm willing to be the bad guy." They get little or no payoff for their suffering, but they do wind up messing up the relationship in a lot of cases.

How would you steer readers who are on the fence about more kids?

Step one is make your life better now and see if you have enough energy to want to have another one. There was a recent media story about soccer as a contraceptive. Two parents, two kids, two sets of practices and games and they're debating a third kid, thinking "How are we going to do it?" The piece said, "Of course we couldn't not have the kid in soccer because he's going to be obese and won't learn team spirit and discipline."

You know what? Actually,soccer is not vital for developing those things. They'll emerge on their own. If kids aren't that thrilled about soccer, it's an easy choice to drop it. If they really do like soccer, I'd say how about moving to a less competitive league? Just make a moderate adjustment to make your life more bearable.

There's more time than you think to spend with your kids
August 2, 2009 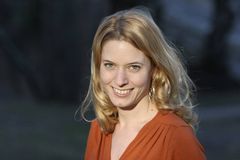 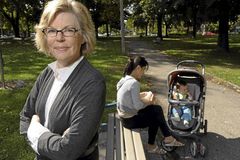 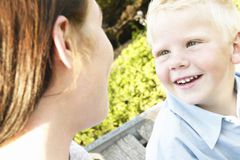