Last year, Kim Zuraw's daughter, Aurora, announced that she wanted to quit competitive swimming – after nearly seven years, hundreds of days in the pool, and more than a small dent in the family bank account. Her parents debated what to do: At 13, Aurora was winning races and earning high praise from her coaches; there was the prospect of scholarships in the future. But Ms. Zuraw, of Georgetown, Ont., says that they finally realized that winning wasn't enough for their daughter – she wanted a more normal teenage life.

"It was very hard," her mom says. "We really had to focus on what was better for her, and take us out of the equation." They let her quit.

Every parent wants to help their child find their passion, to find that one thing that brings them joy and success – the sooner the better, the warning goes, before they have missed their chance at the big time. That's a big part of the reason why so many middle-class kids have more extra-curricular activities than school subjects; after all, their secret genius might be hiding out at art class, or on the soccer pitch.

What if you knew your child's inner strengths early on? The practice of testing for aptitudes and interests has been standard practice in high school (when drifting seniors need help), and it has become more common in the corporate world. But it's not been used for younger kids – except, usually, when there's a problem at school, such as a suspected learning disability, or signs of "giftedness." But why wait for trouble or postsecondary dilemmas? Could any 10-year-old, taking a similar value test, get the same moral boost from the process, and help clarify to their de facto manager (i.e. mom and dad) the best way to foster their abilities?

In the business world, the idea that managers should be coached to develop their strengths rather than devote excessive energy on improving weaknesses, has sparked a series of bestselling Strengthsfinder books, and launched leadership workshops in businesses across North America. Developed by the Gallup research organization in the United States – the same ones who do all those eponymous opinion surveys – the program is based on studies that shows when employees receive positive attention for their inherent abilities they are more engaged at work. Gallup has now developed a similar "talent test" for children as young as 10.

"In education, we don't really learn what we are good at. We spend a lot of time correcting what we are bad at," says Shane Lopez, who studies student well-being and helped develop the StrenghsExplorer test for 10- to 14-year-olds.

Dr. Lopez is not saying that parents should let their kids give up math if they are weeping over fractions every night. He's suggesting that it shouldn't be the focus. It makes more sense to develop their confidence in areas where they show interest and ability, with the idea this will bolster their skills in weaker areas.

He cites a question that Gallup has been asking for years of parents: If your children brought home a report card with an A, a C and or an F, which grade would merit the most discussion. Across all Western countries, the majority of parents zoom in on that worrisome F – something the growing field of positive psychology suggests is a mistake. What's more, Dr. Lopez says, in surveys, young people are often unable to articulate what they did well to succeed – the good grades come home, the trophy gathers dust on the shelf, but they can't really define the innate abilities that brought that success to fruition. Having a better sense of those abilities can help them focus their time on outside activities that play to their strengths as well as guiding parents what to do if they want to quit.

Boosting happiness and achievement by getting younger kids to think more concretely about their abilities as early as Grade 5 is an interesting notion. (From a business perspective, it also astutely feeds into the current parental obsession with setting their kids up for success.)

For about $8, your child can take the online test, which, choosing from a range of 10 qualities, spits out their top three. There's a similar test for older teenagers and adults, so the whole family can join in. You get what you pay for: compared to more detailed psychological and IQ tests, which often cost more than $1000, it's far less in-depth. Do you have a Future Thinker with an analytical mind? A Discoverer who likes to ask "how" and "why?" An Organizer, who likes to plan? The results, with descriptions of each trait, are tailored both to the students and the parents. But as Dr. Lopez points out, they are not meant to send parents hustling their kids off to band lessons or science camp. They are intended as a guide to see what activities their children would most enjoy and how they might put their natural strengths to work at school.

There is a caveat here: As Po Bronson, the co-author of the book NurtureShock: New Thinking about Children, points out, adolescence is the most significant period of personal and physical growth, and to stick to a one-time assessment would be a mistake.

"What can be perceived as special strengths may be just an snapshot," he says, rejecting the notion that these qualities may be stable in kids. (Whether the designations you get at 10 still apply when you are 25 hasn't been tested, as Dr. Lopez admits. But he still argues that it's healthy for kids, at any age, to get a sense of their current abilities, and consider more proactively what they do well as opposed to anxiously ruminating on where they mess up.)

As it turns out, Kim Zuraw now feels that quitting competitive club swimming was the wisest choice for her daughter, who is enjoying the social aspect of team sports such as basketball even though she's not as good at them. She's become involved in musical theatre. And recently, she announced plans to join her high school swim team in Grade 9, where she will be competing with peers, and has the potential to be a leader.

Just tweaking her activity to better fit her personality, her mom says, appears to have renewed her enthusiasm for swimming once again. In the emotional math calculation, as Shane Lopez would say, that's a plus for any parent. 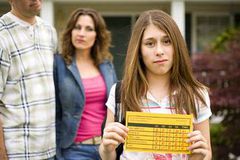 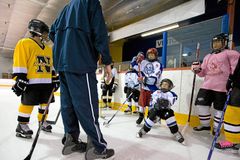 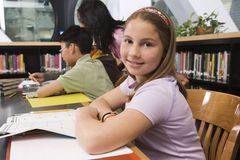