Raising children in a country like Canada ought to be easy. With so much expert parenting advice, you'd think we'd only need to choose a method and follow the instructions to turn out a highly functioning adult. Of course, we all know the process is far stickier.

Lately, we've been getting advice from all over. Amy Chua's bestselling Battle Hymn of the Tiger Mother explored the discipline-laced Chinese approach, and Pamela Druckerman investigated the French phenomenon of the well-behaved child in Bringing Up Bebe. In this multinational spirit, I would like to offer another foreign perspective on child rearing: the Italian way.

In Rome, where I've lived for the past 10 years and where my seven-year-old son was born, parents are neither tough disciplinarians nor careful monitors of behaviour. And while there is something inherently absurd in offering the land of Silvio Berlusconi, where 80 per cent of men from 18 to 30 live with their parents, as a model of good parenting, there is still an admirable quality to the Italian style.

Walk into any restaurant in Rome, from the ordinary to the elegant, at 10 p.m. and you will find children eating and talking at the table with adults. Sometimes they misbehave and the adults will rein them in with raised voices and cutting hand gestures. Around 11, some of them will be face down in their spaghetti or sprawled over their parents' laps, sleeping while the adults linger over a bitter digestivo.

Children are a positive and integral part of Italian society, and restaurants are one place where you see this attitude. "Because family matters so much, we don't have such strict generational walls like you might see in America," explains Paola Sartorio, a college instructor in Rome and mother of twin five-year-olds. "If you go into a restaurant for lunch you find children, teenagers, adults and grandparents. It's normal to share all the stages of life with our family and community."

It's in public places with friends and family that my own son has learned to eat food in courses, to eat what is served to him, including the anchovies and asparagus, to participate in the conversation, and to be respectful of other people sharing the same space.

Children are not just tolerated in restaurants, they are welcomed with enthusiasm. It's not unusual to see waiters parading the youngest ones around on their shoulders or to see them cadge a little pizza dough for kids to play with at the table. Recently, I had lunch in a tiny, exclusive restaurant. People without reservations were turned away at the door. But, when a young couple arrived with a six-week-old baby in their arms, the waiter brought them in, asked everyone to shove down a little this way and squish a little that way while he fitted in an extra table. The rest of the patrons, far from being annoyed, were delighted to have a baby in their midst.

Italian children have a place in the culture, and the culture has a role in a child's socialization. They don't have to be kept away from adults who might find them noisy or bothersome. At the same time, parents don't present their children as rarefied creatures worthy of adoration. Other than a booster seat for the little ones, they rarely ask for special consideration. People smile at children on the bus, they talk to them at the fruit market, but when they don't eat their vegetables in a restaurant, it's not just their parents who have something to say about it.

It's all a reflection of a kind of ease that Italian family members seem to feel with each other and with different generations. American anthropologists studying family interactions recently reported that American parents were very child-focused and had idealized notions of "family time." The American parents adapt to the children instead of teaching the children to fit in. The researchers noted that this idea doesn't exist in Italian families.

Yet Italian parents are the first to criticize their own methods. The world economic crisis has them worrying that their culture might encourage children to value pleasure over responsibility. They worry that their emphasis on family fosters dependency.

"French children are very well behaved in public," says Andrea Maroni Ponti, laughing while we watch a group of seven-year-olds gleefully whacking each other with sword balloons at a birthday party. "But, maybe they are a little too strict," he adds. "Maybe we need to be more strict, maybe we have to make them a little more serious."

Though the pleasures cultivated by generations of Italians with the arts and with food and camaraderie at the table may not be valued by our current economic system, they are essential to human happiness. Pleasure and beauty are birthrights for Italians, but parents say their children have to learn to appreciate them. In galleries and churches, parents teach children to overcome boredom and to pay attention to the artworks. "This weekend we're going to see the Sistine Chapel," says Chiara Monetti, mother of an eight-year-old. "Our daughter is not excited but she's not negative, she's interested enough."

The idea seems always to teach children to enjoy these things for themselves, rather than to gain knowledge that can be used to their advantage. Italians don't seem to foster competitiveness as other countries do. There are no foreign-language tutors and gourmet cooking classes for toddlers. Maybe all of this competing with each other is counterproductive anyway. A recent article in Psychology Today suggests that trying to give children an advantage over others can leave them unhappily concerned with status, when they really need to learn to get along with others.

Italians throw their children into the mix of daily life in a way that enhances the experience for everyone. They encourage children to understand and appreciate the place of art and culture in a way that gives children a sense of inner happiness. They seem to focus on the pleasure rather than the burden of children in their midst. I think this is healthy for the children and better for society overall. It certainly makes it easier to enjoy being a parent.

Jeannie Marshall is the author of Outside the box: Why our Children Need Real Food, Not Food Products , to be released in early April. 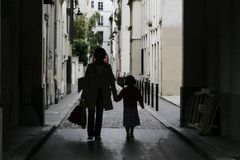 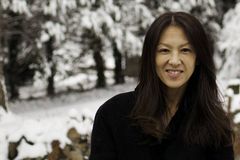