The Conservative attack ads on Justin Trudeau make a few mistakes. Taking a charity performance out of context may cost them the moral high ground, and attacking a guy for working with children questions good ol' Tory family values. The pundits don't know yet how (badly) the ads will backfire, but I know one thing: Putting Trudeau's work as a camp counsellor for a few summers at Camp Ahmek in Algonquin Park first on the list of jobs that render him unsuitable to be prime minister was not smart.

More than four million parents in Canada are getting ready to send their children to summer camp, where they will place them in the hands of counsellors for weeks. Many of these kids will be in the remote wilderness where outside help is inaccessible.

Ask those parents if being a camp counsellor is an important and high-skill job.

Not that I'm on the stump for Justin. I too have doubts about whether he has the wisdom – or enough experience – to be a successful PM. But to attack Trudeau for doing a job that does prepare you for leadership is pure partisan politics.

It's important to understand how hard – and important – a job camp counselling is. Consider the attributes of a successful camp counsellor: It may indeed be a job that builds competencies well suited to running a large and fractious country.

Put 10 young kids in a cabin for a week or a month. It can be a powder keg. Sure, camp is fun and 99 per cent of children adore it; but there are inevitable – and sometimes intransigent – struggles. Where else in life do leaders learn to solve conflicts in a group and help individuals find their way to peace so they can live together in harmony? A PM looking to negotiate among the provinces – or perhaps even the Middle East – might do well to have some of the camp counsellor's mediation skills.

Sometimes there's a bully in the cabin. This too the camp counsellor has to address. Intervening to stop bullying is a sophisticated skill. Having the guts to stand up as well as the skill to do it effectively are prerequisites for the job. If only our political leaders could be as deft with bad actors on the international stage. They could learn something from the best camp counsellor, who knows how to sit down with bullies, find out what's eating them, and both support them and require them to fix their behaviour. Bullying is always a relationship problem; if political leaders had better counselling skills, we might have fewer wars.

Camp counsellors have to listen carefully to various stakeholders and balance competing interests. That's what happens when 10 kids want to do 10 different things at free time. Or when they're playing a game and they can't agree on the rules, or on who's out and who's in. Or when the kids in one group are at different developmental stages and have trouble finding common ground. That stuff happens most days, and a good counsellor knows to listen respectfully to everyone's point of view and find the acceptable and respectful compromise.

Parenting takes place in the minutiae of daily life – the peanut-butter sandwiches and the driving all over town. The art lies in negotiating and listening and nurturing while managing the routines of daily living. These temporary summer parents face similar challenges: From early morning till bedtime they have to get children to do things – get up on time, brush teeth, set the table in the dining hall, clear it, make your bed and do your cabin clean-up chore. And this only in the first hour of every day.

Maintaining order and discipline without descending to authoritarianism requires walking a fine line. How do two counsellors put 10 children to bed, teeth brushed, faces washed, kindness reigning, all in under an hour? Bad counsellors yell at kids, nag, and use their power to get them to do their chores, get up, go to bed and the hundreds of routines in between, which makes kids feel disrespected. Good counsellors ask, explain and support. Stephen Harper might learn something from camp counsellors on this one.

But most important of all, a camp counsellor is an optimist who models positive energy. They work ridiculously long hours: They rise before the children at 7:30 a.m. and their work is not done when the kids go to sleep. There is night duty, there are staff meetings, and sometimes a crying or sick child to attend to in the middle of the night.

All this they must do with a smile – for they know the children are watching. Camp counsellors learn to maintain their positive energy 24/7. Working long hours with scarce resources, little time off and incessant demands on one's attention is hard – for camp counsellors and for prime ministers. In challenging times, we need to see optimism in those at the front of the pack, or we won't want to follow the leader.

Joanne Kates is the director of Camp Arowhon in Ontario's Algonquin Park.

"It was terrific preparation for being a teacher and a parliamentarian. If you can deal with and love and communicate with teenagers, I'd say you pretty well have life made in the shade, even as a parliamentarian, because it's all about communicating. But I'm not sure that you can make the leap from, 'Hey, I was a camp counsellor, learned lots, therefore I'm going to be Prime Minister.' That's a pretty big stretch."

– Deborah Grey became the Reform Party's first elected MP in 1993. She was a counsellor at Camp Homewood in Heriot Bay, B.C., in her teens in the 1960s.

"I make no apologies for being a camp counsellor. We spent nights out under the stars and learned a lot about life and living together. It was a tremendous experience. And just to let you know, the director of the camp was the campaign manager for Bill Davis, the Conservative premier of Ontario. Quite frankly, does everybody who is going to be a political leader in this country have to be either a lawyer or an economist? I don't think so."

– Scott Russell is a sports author and commentator who appears on Hockey Night in Canada. He attended Ontario's Kilcoo Camp from 1971 to 1983, first as a camper, than as a counsellor, senior staff member and assistant director.

"I really think the kind of leadership one learns at camp is modern leadership, which is the centre of a circle making decisions in an inclusive way – as opposed to the old-fashioned leadership, which is the top of a pyramid. What we know they teach at MBA school is a lot of the things that were traditionally learned at camp – flattened structures, inclusive decision-making and the kind of leadership that recognizes talent and potential talent and puts it to work."

– Carolyn Bennett is a Liberal MP from Toronto. She spent 25 years in camps, first at Ontario's Camp Shawanaga, where she was a camper and counsellor, and later at Camp Glen Bernard, near Sundridge, Ont., where she was camp doctor.

"To the uninitiated, camp may sound like one grandiose cliché – teamwork, brotherhood, helping the other guy. But clichés are often constructed on truths from the past. When you've been a camper, the planned deprivations are fun, exciting, the stuff from which character is built. Camp taught me a lot of little things, and the experiences accumulated into some big 'stuff,' stuff that builds backbone and teaches lessons that keep popping up in adulthood. I developed my values and knowledge at summer camp. For me, camp really mattered."

– Michael Eisner was CEO of The Walt Disney Company from 1984 to 2005. He attended Camp Keewaydin in Vermont from age eight to 22, starting as a camper and ending as a "staffman." This quote is taken from Camp, a book he dedicated to the subject.

"Being a camp counsellor was one of the single most important things that happened to me. It shaped me as an individual who understood responsibility at a very early age. Not only being responsible for myself but being out on a canoe trip, responsible for six campers and other staff in nature, in the elements, where a lot of things can go wrong. Learning how to deal with responsibility and thinking about people other than yourself is such a key ingredient to learning how to be a successful human being. In today's world … camp is more relevant than it's ever been."

– Michael Budman, co-founder of Roots, spent 13 summers at Camp Tamakwa in Algonquin Park, most of them as staff.

Life "is not always about money. It means taking time to volunteer, to counsel, and to show acts of compassion. I learned some of this at Camp Artaban when I was growing up."

The late Milton Wong was the former chairman of HSBC Asset Management in Canada, and one of British Columbia's leading business icons and philanthropists. He served as chairman of Camp Artaban, on Gambier Island just off Vancouver, and spoke about his experience to Senior Living magazine before he died.

Compiled by Nathan VanderKlippe and Dave McGinn and Marina Strauss 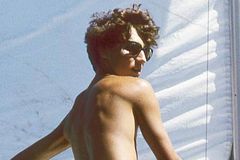 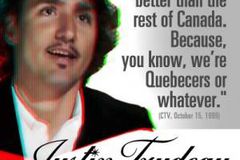 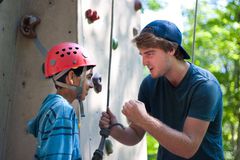 Anthem for the campfire strummers
August 27, 2001
Follow us on Twitter @globeandmail Opens in a new window
Report an error Editorial code of conduct
Due to technical reasons, we have temporarily removed commenting from our articles. We hope to have this fixed soon. Thank you for your patience. If you are looking to give feedback on our new site, please send it along to feedback@globeandmail.com. If you want to write a letter to the editor, please forward to letters@globeandmail.com.
Comments