His pants are on backward, her shoelaces resemble a ball of twine and there's more peanut butter on the plate than on their toast. While these early attempts at autonomy may be far from perfect, they are worth it if kids gain some independence.

Parents are buzzing about Elizabeth Kolbert's article entitled "Spoiled Rotten" in this month's New Yorker magazine, which examines why North American children have so few skills by the time they leave home.

The examples of how kids generally don't perform household chores unless instructed to (and often not even then) ring true for a lot of parents. Ms. Kolbert argues that we do far too much for our kids and would be wise to look to other cultures. Whether it's a 3-year-old Parisian baking cupcakes by herself or a 6-year-old gathering and preparing dinner in the Amazon, she says children are capable of doing far more than we think they can.

Kathy Lynn, a Vancouver-based parenting author, who runs workshops and seminars on parenting issues, said it's a matter of stepping back and giving children a chance.

"I find that we're trying to make life perfectly risk-free and you know what, that doesn't teach you anything about the real world," she said. "So what if they don't do as good a job? So what if they fail? They tried, and we gave them the opportunity to try."

So why not take a step back and see what your child can do.

What kids can do: Get dressed; fold socks; and put away groceries on lower shelves.

Skills: Children this age tend to enjoy sorting and stacking toys. With a little guidance, they can easily help out with chores. "If you think about it," Ms. Lynn said, "putting away groceries is just like playing with blocks or with stacker games."

Lessons learned: Giving children responsibility. "Think how many times a day we tell our kids what to do, how to do it, when to do it or just do it for them. This gives them that sense of control," said Gail Bell, co-owner of Calgary-based Parenting Power, which coaches and holds seminars for parents.

What kids can do: Spread peanut butter and jam on toast; hold a mixer; make their own bed; and set the table.

Skills: At this age, children have cognitive skills and the ability to follow directions.

Lessons learned: When they don't get it right the first time, children learn to work through frustrations. Plus, the the repetition of a task can help build confidence. Experts say children are also beginning to do things on their own. "Really, the biggest part of it is just learning to start to become independent," Ms. Lynn said.

What kids can do: Pull weeds and water plants; answer the telephone; peel vegetables and sweep floors.

Skills: Children at this age are able to do many things, but can have trouble concentrating. Parents, who have long guided them, have to teach their kids to focus.

Lessons learned: While it may be faster and easier for parents to do the tasks, children can learn to take responsibility and to help out around the house. Over time, some of these tasks could turn into their weekly household chores.

What kids can do: Make their own breakfast and snacks; cook simple foods, like toast; and put away groceries.

Skills: Children possess the innate ability to do these tasks. The teaching starts at an earlier age, when parents help children get bread out of the fridge, for example. By this age, Ms. Bell said, children can prepare their own breakfast if supervised. "It's taking the time to teach. That's what we see is lacking the most in parenting."

My girlfriend’s children treat my house like a pig pen
July 4, 2012 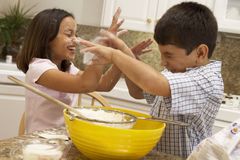 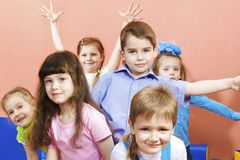 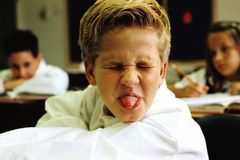