Two mothers (and Globe journalists) debate the thorny issue of placing webcams in daycares. Tralee Pearce comes out strongly against, while Christina Vardanis explains why she supports the idea.

The idea of webcams in a daycare sets Truman Show bells off in my house.

It's a service many parents across the country wholeheartedly embrace – when one Calgary daycare launched the service two years ago, only one parent reportedly optioned out of having their child on camera. But we should all opt out.

Webcams are totally inconsistent with the choices we make as parents to get our kids in daycare in the first place. We've researched daycare styles, found the best we can afford and decided who best can care for our children. Add cameras to the mix and you're signing on for a compromised experience.

Just like the hidden nanny cam that came before it, the institutional version taps into an ugly mistrust of caregivers. If that's the case, instead of wasting time logging on, some parents might do well to research other care options.

There's also the general slide toward Big Brotherism, and a lack of privacy for both kids and staff that parents should fret about. Few of us would be thrilled if our workplaces turned on the klieg lights. (If you were on candid camera all day, what would your boss think about you watching your kid fingerpaint for an hour?)

We may tell ourselves we're just curious about what our adored children are doing when we're not around. But this seemingly innocuous defence of live kiddie feeds is actually the most worrisome to me. When given the opportunity to electronically hover, we dial right in. Like the helicopter parents we swear we don't want to be. It's a slippery slope, and we may not have the right footwear.

It may not feel like smothering, but surely it is. And as the studies on intense parenting and helicopter tendencies show, it comes with a growing list of negative effects that social scientists are uncovering for kids and parents alike.

Beyond that, leaning on webcams leaves everyone in an uneasy purgatory. Parents risk having one foot in work, one in daycare, perpetually torn. Caregivers may behave in a way they think is best for the parents behind the cameras, not the children. As for the kids, we'll have to wait and see what effects constant digital surveillance has on a child. Parent-teacher nights were more than sufficient stress when I was a kid.

As the mom of a daycare kid, I understand the urge to know what your little one is doing all day. I miss my son, and I know for a fact he's having a blast and saying hilarious things I'd love to hear, not to mention having quarrels and sad moments that I'd like to fix, too.

But it's not all about me. I chose smart, caring professionals who, I freely admit, teach my husband and me as much as they teach my three-year-old.

My favourite part of the day is pickup, when I hear about how he played in a new way, shared his beloved cars with a friend (finally) and, as is often the case, enjoyed four servings of lunch. All without his parents.

Our family bridges the day's distance with "How was your day?" conversations while toddling home or eating dinner. I like to think this is helping him become a happy, independent guy in the long run, and hopefully fostering a healthy relationship with his folks.

What would it mean if you already know about your child's day, before he could tell you about it? Would you ask fewer questions because you already know it all? Would you dwell on the things that went wrong? I don't want to know what I'd do. I'm not sure I'd be able to avoid succumbing to my inner helicopter pilot.

I'm okay with hearing about the events of my son's day secondhand. It was his day, after all, not mine. 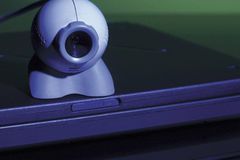 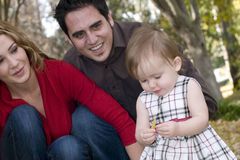 Hush, little baby: Daycares begin to offer night care
January 16, 2012
Follow Tralee Pearce on Twitter @traleepearce
Report an error Editorial code of conduct
Due to technical reasons, we have temporarily removed commenting from our articles. We hope to have this fixed soon. Thank you for your patience. If you are looking to give feedback on our new site, please send it along to feedback@globeandmail.com. If you want to write a letter to the editor, please forward to letters@globeandmail.com.
Comments