This article was originally published in March, 2013

Dr. Seuss, who died in 1991, would have turned 109 this week. I'm still not ready to say good-bye to him, but my kids are. My grade four boy, now far from Mulberry Street, sneaks night reads with Roald Dahl and Amulet. My grade two girl is good friends with rabble-rouser heroines Ramona and Clementine.

That they read at all is because of school and bookish parents, but that they might become readers for life is because of Dr. Seuss. Many kids' books have passed through our house, and a lot of them were fine but safe, following the adage that children's books should be comforting; stuffies made of paper. Good night-ing moons and bunny-tracking moms spun a safe cocoon that had its place in the early years. But Dr. Seuss was something else, a bridge between reading for security and reading because it matters, as Fran Lebowitz wrote: "Think before you speak. Read before you think."

Anyone with kids has noticed how many picture books lack those uniquely Seussian gusts of imagination. Granted, some contemporary children's lit is pretty funny: There's Olivia the pig girl, precocious in her New York apartment as her parents roll their eyes at her outfit changes and bedroom-wall vandalism (she was channelling Pollock). But the humour is sitcom schematic, with set-up and punch line, and not much story. Enjoyable, but not edifying, and never uncanny. For the bubble-wrapped generation, Seuss is a parent-free zone and an imperative flirtation with strangeness.

Beneath the pop-bright pictures, Seuss's stories are subversive and weird, even scary. Flying beasts are crippled by tail-feather envy; shy elephants are mocked; children are abandoned to domestic terrorist cats. The language is rhythmic and lush, a first taste of poetry.

Dr. Seuss was neither doctor nor Seuss, born Theodor Geisel in Springfield, Mass., in 1904. He had been writing children's books for 20 years when a publisher at Houghton Mifflin connected faltering American literacy rates to the dullness of Dick and Jane-type readers, and commissioned Geisel to come up with a book that would help kids read phonetically, rather than through repetition. Drawing from lists of simple words, Geisel produced The Cat in the Hat in 1957, 1,702 words long but built from only 220 different words in rhymed anapestic dimeter. That clean, simple rhythm bores into kids' brains, though it can, on occasion, bore into adults' brains, too, in a bad way (never attempt the old turn-two-pages-at-once trick with Green Eggs and Ham; truth will out).

Sure, the behatted Cat is a cat, but in Seuss, verisimilitude doesn't have dominion: What exactly is Sam-I-Am, hero of Green Eggs and Ham? He's furry, but he isn't an animal projection; no stereotyped shucking and jiving zebra from Madagascar. And what about Sneetches, Grinches and Whos? We now know these creatures so well that it's easy to forget how weird they are, citizens of worlds that hover between the real and the unreal – surrealist, by definition.

Seuss's least compelling works are also his least strange, and his most political, as in The Lorax, a preachy environmental allegory that verges on sermon. His social-justice agenda was more powerfully served through lovable oddities: Horton Hatches the Egg is surely the first book on same-sex adoption, but it's also about Horton, an outcast elephant doing his thing, convention be damned.

In contrast, the real-world proxy pig Olivia is part of a slew of contemporary children's books in which parents are tired and kids rule the roost (or pen). Well, of course: Parenting has become an industry of books and TV shows and $2,500 strollers and bloggers charting gluten-free anxieties. And so we get Olivia, and Pinkalicious, a girly-girl brat who eats so many cupcakes she turns pink while her mom stands by helplessly. In one of Mo Willems's charming Knuffle Bunny series, a toddler's screams dictate that a beleaguered dad run back to a Park Slope laundromat in the middle of the night to retrieve a missing stuffed rabbit.

As many sociologists have noted, this (okay, my) generation of parents is inserting itself into their kids' narratives, standing by the slide shouting "Good job!" and then a few years later, accompanying their 20-something to job interviews. Parents are mostly absent in Seuss, thank God: In The Cat in the Hat, the mom's mysterious leaving triggers the chaos.

Kids love chaos, and Seuss brims with it. He shows children how to be disarmed and step into a character's skin, which defines good reading. Reading means surrendering to the abnormal, bearing witness, getting lost – kid stuff. For all our exhausting parental effort, we can't protect our children from cruelty and mess. They discover that truth while they're young and apart from us, and, if they're lucky, in the wild spaces of a good book, when they should be sleeping. 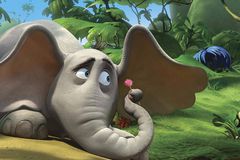 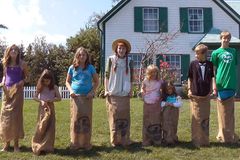