Amid the passing throng of strollers and wide-eyed pregnant women at a baby-themed trade show, Erin Brouse is brandishing a handful of colourful eco-diapers and making her pitch.

Her back to a table crammed with product, Ms. Brouse is extolling the virtues of her compost after she started tossing her gDiapers disposable inserts in it.

Then, she moves on to what is perhaps a more pressing selling point to those unaccustomed to baby diapering: Holding up a bright blue cotton diaper-cover and stretching a seam, she says, "This band is a lifesaver: We didn't have a single blowout."

Savvy saleswoman? Check. An employee of the diaper company? Nope. Ms. Brouse is a "gMum," an uber-customer who has signed on with the company to help build the brand. GMums (and Dads) are a 7,000-strong army of enthusiasts.

While she is being compensated with about $20 worth of diapers an hour at Toronto's Baby Time Show, the Oakville, Ont.-based stay-at-home mom gives the impression she'd be working the floor regardless.

"How often do you get this giddy over a product?" she says later, when explaining her willingness to cheerlead, which extends to fiddling with the gDiaper display in her local baby store and dropping off flyers to a mall's nursing room. There are no scripts to stick to and gDiapers gently discourages overt proselytizing via Tupperware-style parties.

It's the kind of marketing that money's not really paying for, but also the kind that money can't buy, especially in the case of gDiapers, which only has 18 employees.

Research continues to confirm that moms are the driving force in family purchasing – to the tune of trillions of dollars. What's more, there's evidence that children end up loyal to their mother's favourite brands, too. And with other studies showing that word-of-mouth advice from other moms influences them the most, finding ambassadors like Ms. Brouse is now job No. 1 for many companies, from small newbies like the six-year-old, gDiaper to megabrands such as Mattel and General Electric.

Marketing professor Ayalla Ruvio says the gDiaper model is built from the bottom up and is very hard to replicate.

"This will be a turning point in marketing over the next few years," says Prof. Ruvio, of the Fox School of Business at Temple University in Philadelphia, where she focuses on the connection between emotions and marketing.

Whole industries have grown up to help ingratiate companies to groups of moms, especially the mom-blogger demographic. New books by marketing experts have titles like Tuning into Mom: Understanding America's Most Powerful Consumer and Power Moms: The New Rules for Engaging Mom Influencers Who Drive Brand Choice.

Cora Brady and Kathryn Easter are the Toronto-based founders of Mom Central Canada, a marketing consulting company that has been connecting brands with mom-bloggers and other mom "influencers" for three years. They've worked with brands like Mattel and Fisher-Price to recruit brand ambassadors and to participate in programs such as the Kinder Mom campaign with Kinder Surprise eggs.

Their latest research has found that more than 90 per cent of moms trust the advice of other mothers on product referrals – much more than TV commercials, branded Facebook pages and the like. The goal is to have mom advice pop up first in online searches.

"It's all about getting the moms doing the talking for you," says Ms. Brady of how she frames the situation for clients. "It's all about how are you engaging people and giving them experiences and starting interesting conversations."

And while companies are grappling with how to quantify the success of these strategies, they know it has to be part of their overall advertising and marketing plan.

"The challenge here is not the money spent, per se," says Prof. Ruvio. "It has to come from the heart."

By the way, if these same passionate customers hate your brand? "You're dead," she says.

But, what's in it for the moms? Other than the odd batch of free diapers, free giveaways and other small compensations, what's happened to make a happy customer want to give back beyond the cash register?

Prof. Ruvio says it's not too far from the sentiment behind charitable giving. In addition to wanting to reward a company for doing good by you, if it's a baby's or child's product, you're also motivated to help other parents facing a staggering number of choices.

"I don't think there is any other consumer as committed to helping other consumers in the same situation," she says. "Since the brand helped their kid, there's a lot of emotional attachment there. It's 'I know their babies are as important to them as my baby was to me.'"

It helps when the product also operates as a proxy for parenting style, too. The gDiaper, because it is a hybrid diaper system that uses either cloth or disposable inserts, suggests a certain flexible style of parenting.

Mom Central's Ms. Easter says that in addition to some compensation, especially for parent bloggers, a lot of moms who participate in the programs they run do it for the recognition, "It's almost like they've made it, in a sense, when a brand has selected you and said, 'We value you and you fit our criteria.'"

These programs also tap into stores of idling professional energy, as something to keep a mat-leave or stay-at-home mom occupied

"It is a job for a lot of people," says Ms. Easter. "They may not be being paid like it's a job, but they take it like that." Her new research indicated that 88 per cent of bloggers have blogged about a brand in the past three months, whether paid or unpaid.

And who says working trade shows in exchange for diapers isn't resume-building?

For Ms. Brouse, who worked in human resources before becoming a mom, the ultimate pay back for her brand loyalty would be an offer of employment from none other than gDiaper.

"I'm hoping some day this could be my job." 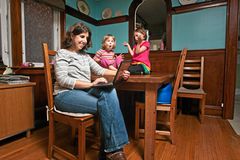 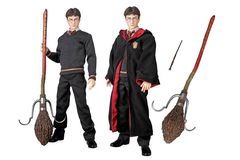