Among the 29 things Winnipeg native Johanna Stein has lost since becoming a mother: her memory, bladder control and nipples that point in the same direction. Stein, in her book How Not to Calm a Child on a Plane (with chapters such as "Twenty-Nine Things I Have Lost Since Becoming a Parent"), dishes uncomfortable, often hilarious, truths about motherhood: play dates with vajazzled strangers, wars with pacifiers, sex (or not) with a toddler around.

The book came out last spring and sales were humming along when Stein, a TV writer and actress (among her credits: Wife No. 2 on Curb Your Enthusiasm), strapped a camera on her head and made a video featuring some of the insults her young daughter directed at her ("Hey mama are you going to make yourself pretty today or are you going to look like you always do?" and "Your tummy looks like a bagel.").

Her "Momhead" video went viral just as she was pitching a sitcom based on her book – it was optioned by Will Arnett's production company – to Hollywood executives. Momhead has nearly 2.5 million views.

Stein, who lives in Los Angeles with her husband and now seven-year-old daughter, will be in Canada this week for her Winnipeg book launch. The Globe reached Stein, 46, at home in L.A., where she was folding laundry.

Is it at all difficult to be so funny about something that is so important?

It's my mechanism for handling difficult things. The things to me that are the funniest are actually the most terrifying, shocking, frightening. I put it through my meat grinder and it comes out as comedy. It's not like I start out saying, "This will be a really funny story about my breastfeeding troubles." I actually usually write a story first without jokes. And then I'll read it back and filter it through the comedic lens. It's like gallows humour. When shit hits the fan, my brain immediately goes to: What's funny about this so I can handle it?

Did you find the experience of parenting to be the ultimate leveller – so that you might find yourself making friends with a vajazzler at the playground?

Yeah, but I did find it really hard to make friends. Also I was so disturbed by the idea that we have so much in common [because] we had sexual intercourse with our spouses at relatively the same time. Having said that, I've made some great friends. One of my closest friends I met at a big mommy blind date where I just did not fit in. And then half an hour into this really awkward meet-up, this woman flew in the door without a baby. She said "I have a six-year-old at home; I had to get out of the house. I know I'm not supposed to be here; can I please hang out with you guys?" And we locked eyes and I went: You're mine. And we're really close friends.

One of the 29 things you've lost since becoming a parent was an argument with another mother over the use of baby leashes, and your friendship with that woman. What was your position in the argument?

My position was they're fine. Jesus Lord, whatever I've got to do. Throw a leash on the baby. I don't want to have to go to the city pound to collect my child because of a brain fart.

Did you actually use the dreaded baby leash?

I did but I had one of the cute ones with a little puppy-dog backpack. And it turns out my kid was not a runner so it ended up being a fashion accessory and one of the 5,000 stuffed animals she still has in her toy box.

You write about keeping the love alive after children, and by love I mean your sex life. How's that project going?

Oh heavens. How do I answer that one? We're still making hay. We're doing fine. I joke that we have our bimonthly sessions but it's probably more like weekly, I guess. But for my husband's sake, say it's three or four times a week.

The Momhead video you created to promote the book went viral, as they say. What was that like for you?

It was insane. My goal was just to promote the book a bit. I put it out in a week I had these network meetings set up, thinking, "If I get a little bit of traction, it'll be a nice little opener to show in a meeting." Two days later, literally on the way into the meeting, my e-mail was blowing up and I was getting calls like, "Hi this is Jeanne Moos at CNN; can we talk to you now?" I would have welcomed it, but it was the one day I had to say, "I have to call you back in a minute." Normally my calendar is filled with tumbleweeds.

Will Arnett's production company optioned your book for a sitcom pilot. How did that happen?

I got a call from a guy I'd known 15 years ago, my first manager, who said, "Hey I'm running Will Arnett's new production company and we want to option your book and make it our first project." We pitched it the day that Momhead went viral. We walked in and the executives said, "Hey great video, I saw you on CNN." I wish I had planned it; I wish I was that smart. But it turned out all right: CBS bought the pitch that day.

So Will Arnett options your book. You thank Alanis Morissette and Nia Vardalos in the acknowledgments of your book. Is there some kind of Canadian cabal in L.A.?

Any concerns that your daughter will grow up and read this book and feel embarrassed?

I was really careful not to write anything that I felt would come back to haunt her. And if it does, then I will encourage her to write a book about me to pay me back. Lord knows she will have plenty of ammunition by then.

So what kind of advice would you offer to a harried working mother who is stressed out with obligations and worried she isn't enjoying the parenting experience as much as she should be because one day she's going to blink and the fun childhood part is going to be over? I'm asking for a friend.

I would say idiots have been doing this for I'm going to say thousands of years, because I'm an idiot and I don't know how long humans have been on this earth. Stop reading the Internet and stop comparing yourself with everybody. Unless Child and Family Services is at your door, you're doing a great job.

Food fight: How feeding kids has become another point in the game of competitive parenting
November 20, 2014 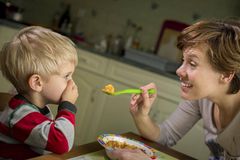 What I learned about THAT kid and THIS world from 1.5 million blog hits
November 19, 2014 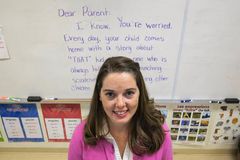 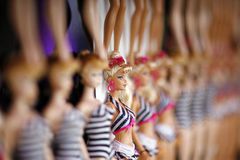