Think about the optimal diet for children, and milk is sure to make it onto the list of foods and beverages. But how much cow's milk should young children be downing each day? And how much is too much?

It may seem surprising, but the how-much-milk question is one of the most common queries that doctors hear from parents of young children, says Jonathon Maguire, a pediatrician and researcher at St. Michael's Hospital in Toronto. "And doctors don't really have the answers."

It's one of a number of questions that physicians and researchers are investigating as a part of an ongoing study called TARGet Kids! The collaborative research effort by St. Michael's Hospital and the Hospital for Sick Children in Toronto, which has now enrolled about 3,800 children, is looking at factors that affect kids' health from the day they are born.

When it comes to kids aged one to five, the researchers set out to determine how much cow's milk a day would provide enough vitamin D through fortification without compromising iron levels in a child's blood. Studies have shown that ingesting too much milk can lead to decreased iron stores.

"So it struck us that, wow, if you drink milk there's some good parts and some not good parts," said Dr. Maguire. "So how much milk would you need to balance those two things out?

"And what we came up with is about 470 millilitres of cow's milk is the balancing point. So it's roughly two cups."

It's not known why drinking too much milk affects iron levels, although some speculate that excess intake of the beverage means that iron-rich foods are not being eaten.

Vitamin D is important for a host of health effects, including the development of strong bones and teeth, while too little iron in the bloodstream can cause anemia, affect brain development and in cases of severe deficiency elevate the risk of stroke.

"So this really gets to that, saying to parents that two cups of milk is a healthy amount of milk," he said. "You're getting great benefit from vitamin D and your child's not in harm's way from being iron-deficient."

Dr. Maguire is lead author of the research, which is being presented Thursday at the Canadian Paediatric Society's annual meeting in Quebec City.

In their study of almost 1,600 preschoolers, which included blood tests to determine each child's vitamin D and iron concentrations, the group found that age and body weight didn't alter the recommended amount of milk, he said.

"We looked at that. Does the children's age change that balance, does it tip it in any way? ... And it's exactly the same."

But what kind of cow's milk kids drink does matter, it seems.

However, the American Academy of Pediatrics advises that for children aged 12 to 24 months, for whom being obese or overweight is a concern or who have a family history of obesity, abnormal blood-fat levels or

I don't want to feed my child cow's milk. Can I avoid it completely? 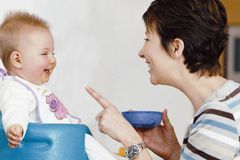 Should my toddler switch from whole to skim milk? 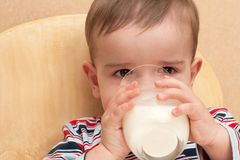 Study links junk food diet with lower IQ in children
Follow us on Twitter @globeandmail Opens in a new window
Report an error
Due to technical reasons, we have temporarily removed commenting from our articles. We hope to have this fixed soon. Thank you for your patience. If you are looking to give feedback on our new site, please send it along to feedback@globeandmail.com. If you want to write a letter to the editor, please forward to letters@globeandmail.com.
Comments