The CEO of the Creative Class Group consulting firm (and wife of Creative Class swami Richard) has spent the past few years soliciting advice from visionaries across the board – PhDs and pop stars, CEOs and celebrity chefs. The accumulated wisdom appears in her new self-help book Upgrade: Taking Your Work and Life from Ordinary to Extraordinary. Here, Rana Florida shares some of her favourite strategies for success.

I often say that failure is just the beginning. The problem is that we are brought up to get good grades, make all the right teams, score the winning goal. If we fail a class, we won't get into a good school, we won't get a good job. This is very unlike the way we learn. I read this book, The Startup Playbook, by David Kidder, who interviewed Sara Blakely, the founder of Spanx, and she said she remembers her dad asking her every day, "What did you fail at today?" He made it clear that failure was an indication that she tried something new and that that was a good thing. Personally, I studied my whole life to go to graduate school and land a corporate job, and then when I finally did, it felt like the American dream was a sham. I was stuck in traffic every day, I had crazy bosses, I had no control over my schedule. I left corporate America, which was sort of a failure, but it led me to where I am.

The Boston Globe called time famine the new American epidemic. Everybody is strapped for time, and we're all running around like lunatics. In my book, I talk about how the goal in life is to get time-affluent. A lot of us don't take the time to realize how we're allocating our most valuable resource – it's something you can never get back. One simple tip is to make a list of the people you're surrounding yourself with and then rate them as either positive, negative or zero, meaning they neither add anything or take anything away. Once you realize who isn't bringing any value to your life, you need to either stop giving those people your most precious resource or commit to turning the relationship around.

Be a boss, not a babysitter

I don't think it's on women to solve the issue of the lack of females in senior management positions, I think it's on society and businesses. A lot of people are saying, "lean in," "women step up," but it's our system that is totally flawed. Our work force right now is so rigid that it doesn't allow flexibility for working parents. It's still a system that rewards people who stay at their desk for the longest, rather than looking at efficiency and productivity. When Marissa Mayer stepped in at Yahoo and said no more telecommuting, I think that really set us back. I don't know why society is forcing us into this nine-to-five structure. I like to hire people who are the experts at their jobs and then give them freedom. If the results aren't where they need to be, then you re-evaluate, but I don't think a babysitting approach works.

Inspiration rarely strikes at a desk

I always take an hour a day to work out, take a walk, play tennis. We have so much information coming at us and it's so important to take a break. It's a way of recharging the batteries and giving your mind a break, which often leads to creativity. When I was working on the book, I was constantly being stuck by ideas while I was on the tennis court or out doing something else. I had about five pages of notes on my iPhone.

Stupidity can be the mother of invention

Facebook's motto is to move fast and break things, which is a way of saying that it's okay to take risks and try new things. A lot of workplaces don't reward that type of behaviour, and we tend to feel lucky to have a job and we don't want to rock the boat. I heard Steve Bathiche, who manages the applied sciences group at Microsoft, speak at a creativity conference. He talked about the critical importance of encouraging stupid ideas. He said that people laughed at the guy who created the seatbelt, and that things that seem unlikely or out of the ordinary are only so because of your frame of reference and your frame of reference is always changing. 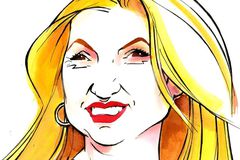 Author Leslie Strong’s 5 tips for success: You’re the only one you can change
September 6, 2013 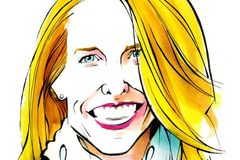 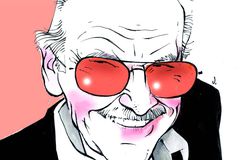