Right after I learned that a panel of scientists from the World Health Organization had said for the first time that there may be a "possible" link between cellphones and a highly malignant type of brain cancer, I went for a walk in my downtown neighbourhood.

Roughly every third person was using a cellphone - mommies pushing strollers with one arm and holding a phone to their ear with the other; laughing and shouting teens coming home en masse from school, some texting, some talking; the now standard wilted-tulip-necked pedestrians checking their messages.

Maybe one day, if the darkest of scenarios is true and heavy cellphone users start showing up with glioma, this everyday street scene will seem as remarkable to us as photographs of roomfuls of people from the fifties and sixties madly smoking: How could we all have been so stupid?

But then again, maybe not. The evidence of any link between the electromagnetic waves that cellphone use depends on and cancer is tenuous and frustratingly hard to quantify, and all this panel of scientists from the WHO's International Agency for Research on Cancer did was review the existing studies to date, issue a general warning and call for, yes, more research.

Still, I'm weirdly agitated about this latest cellphone scare, however much it has been mocked by naysayers who in a rather patronizing way point out that the WHO's list of "possible" carcinogens includes pickled onions and coffee.

I'm angry not because I just got a new smart phone - if anything, I will be e-mailing more and talking less - but because this cancer theory has been around for a long time and it's not going away. Indeed it is starting to segue from a heavily mocked urban myth to a more urgent "what if?"

It's not myself I'm worried about. I am not a heavy user. But our grown kids don't even have landlines. The whole ritual of renting that first apartment and waiting for a phone to be installed is ancient history.

And if they are self-employed or working on contract, as so many are, they are on their phones all day and night. For twentysomethings, a cellphone is not a habit, it's a way of life.

So if anyone is going to end up with tumours and fertility problems (if you're a guy and carry a phone in your jeans pocket), it's our children. And that makes me angry on their behalf, because they are so dependent on their cells that they are probably not going to pay all that much attention to the WHO alert. (Although I do know one twentysomething who began using a headset immediately after hearing the news.)

Face it, we are all crazy about our cellphones, a fact that Marc Choma, spokesperson for the Canadian Wireless Telecommunications Association, which works on behalf of the industry, emphasized so many times in the course of a very brief interview - "we all love our cellphones, right?"- that I wondered whether the association provides a downloadable app with that soothing message.

The latest numbers show about 25 million Canadian cellphone users, which puts us in the 75 per cent range for penetration, and worldwide the figure is now up to an astonishing 5 billion users.

And as both Mr. Choma and a spokesperson from Health Canada, who said our cellphone safety standards are among the highest in the world, reminded me, any "responsible journalist" should emphasize that absolutely nothing has been proven, that the WHO panel only says there is "suggestive" evidence of a link between electromagnetic waves and cancer.

There was, however, a very odd quote on the CBC website from Bernard Lord, CEO of the CWTA. "When you consider that more than half of 911 calls made in Canada are made from mobile devices, I think it's safe to say mobile devices have saved lives in Canada." A statement so irrelevant to the subject of cancer and cellphone usage that it made me more, not less, concerned about a possible health risk.

There is no use in getting hysterical and jumping the gun as the Ontario NDP just did, calling for warnings on cellphones because, as the party's health critic said, "they're cooking your brain slowly."

But the other extreme is to blithely ignore this warning. So until further notice, it is what it always has been: user beware, while taking steps to minimize your risk like using a headset, texting instead of calling and keeping your conversations short.

Parents of teens, who live only in the moment, should probably be emphasizing safe cell use along with safe sex.

And there should be an aggressive push from consumers and governments to demand the best and most definitive research possible on the subject.

Five billion people have a right to know if cellphone use poses a significant health risk. Even if many of them wish they could just delete an alarming answer. 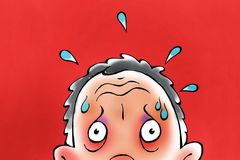 new
WHO agency warns cellphone use 'possibly carcinogenic'
May 31, 2011 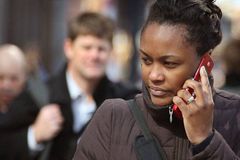 How to reduce exposure to cellphone radiation
June 1, 2011
The disturbing truth about cellphones
September 24, 2010
Follow us on Twitter @globeandmail Opens in a new window
Report an error Editorial code of conduct
Due to technical reasons, we have temporarily removed commenting from our articles. We hope to have this fixed soon. Thank you for your patience. If you are looking to give feedback on our new site, please send it along to feedback@globeandmail.com. If you want to write a letter to the editor, please forward to letters@globeandmail.com.
Comments