At a lunch recently, a woman I vaguely know sitting next to me said: "What did you do right that both your kids are self-supporting in their mid-twenties?"

I almost made a joke. "Simple. We ran out of money." But that wasn't the whole truth.

Despite all the media frothing about "a lost generation," many twentysomethings I know are indeed finally getting it together. Painfully, slowly and not without resentment about the bad economic hand they've been dealt, they are achieving financial independence.

They are landing that almost decent job in their field, or settling for career detours so they can save money and keep looking. They are finishing their professional training, and sighing with almost as much relief as their parents that they are not such train wrecks after all.

And if they haven't moved out from that now clichéd family basement, they are making plans to do so. One of my friends just told me her son, employed in the trades, has gone from playing air guitar in his childhood bedroom to suddenly announcing he plans to buy a condo by the fall. Whoa, was her surprised response, shouldn't you rent first?

But, put plainly, these kids now have no choice but to be financially independent.

Why? Because their previously comfortable and dare we say entitled parents (Whee! "almost free" medical prescriptions after 65! Old-age-security benefits starting early and lasting forever!) are being cruelly brought up short by this week's austere government budgets.

In other words, forever turns out to be not quite as long as we thought – shortened by government overspending, household debt, global recession, loss of manufacturing jobs and other economic vagaries. And if the party is over for us, the institutional kegger has really run out of beer for our grown children.

So kids, if you don't want your elderly parents eating cat food, partly because they looked after you financially for far too long, now's the time to take a deep breath and say "I can make it on my own."

Previous generations of parents have always scrimped and sacrificed so their kids could have better prospects, better education, and thus better lives. Immigrants accepted this as an integral part of the parenting equation – pulling up stakes and coming, under great hardship, to a brave new world so their children could have a future.

Yet for a while now, the baby-boom generation has been looking like the first generation not handing their kids a better future. Oh, we spent like crazy on them (if not exactly scrimping and saving, hence the household debt). MoneySense magazine last year estimated that the average cost of raising a child from infancy to age 19 is now a whopping $240,000. That's an astonishing amount of money, spent on not just the necessities of life but such things as orthodontics, summer camps, piano lessons, bedroom furniture and technology toys. Not to mention a minivan to drive them all to and from the Apple store.

And then there is education. Nora Spinks of the Vanier Institute of the Family pointed out in an interview that the cost of tuition for domestic students has risen "between 94 and 275 per cent" across Canada since the 1990s. And studies have shown , she says, that if parents are faced with the choice of putting money into a RESP or a RRSP, "they will always choose the RESP." It isn't until they've addressed the costs of educating their children that most parents start saving for their own retirement.

This means unless we are in the top 1 per cent – rich and getting richer – we are all uneasy about our financial health these days. Those who squeaked by unscathed through the financial upheavals of the past few years may yet pay a price. The just-announced Ontario budget includes a wage freeze for doctors and teachers. "The public-sector recession is finally here," said one analyst.

Whatever your personal finances, if you have grown kids, you desperately want them off the payroll. It's not only healthier for them, it's necessary for you.

And while the economic future for these kids does not exactly look rosy – just where are those jobs going to come from? – those who have even managed a few steps forward seem buoyant and proud to be finally on their own.

This generation has been given a bad rap as basement-dwelling bathrobed slackers. I just finished a comic novel Flatscreen by Adam Wilson about just such a slacker, Eli, an affluent kid, two years out of high school, emotionally unsupported by his parents, adrift and abusing drugs, fantasizing about, among other things, (yawn) being a celebrity chef.

That's funny. But many real-life kids are busting that stereotype. They are far more energetic and savvy than they are being given credit for. Perhaps it's precisely because things are so dire these days that where Generation X turned bitter and cynical in the face of less provocation, Gen Y, having heard the drumbeat about the economic apocalypse for years, seems more defiantly hopeful. And grateful for any parental help they've received, especially with their education.

They are lurching toward financial independence and even more than their parents, they are hoping that they won't have further need of our open wallets. Let's pray they're right.

But if you can give a kid a paying job this summer, you just might be helping to save the whole system from collapse. 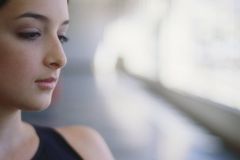 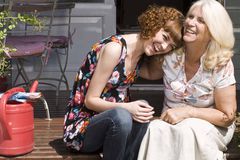 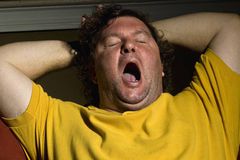