I'm a feminist. I've always known this, to some extent, but it's been brought to my attention again after a recent visit to the angry wilderness of the collective unconscious (a.k.a., the online comments section of my past columns). Any feminist-leaning thing I've written is predictably met with some men labelling me a "mangina," which one commenter helpfully defined as a man with an "extreme need to seek approval from females to the point of eradicating his own self and becoming a servant eunuch."

Another comment suggested I was just falling into that old cliché of a guy who enters the Women's Studies program more for the women than the study.

Obviously, they're exaggerated ribbings, but it did get me questioning my motivations. As much as I will still insist that I am a high-minded advocate of equality, I wasn't exactly upset when the student body of my third-year feminism and linguistics course was heavily weighted toward the fairer sex.

I was thinking, though, if you step way, way back and look at this as a mating strategy from an evolutionary perspective, couldn't this mean that feminism is an adaptive trait in men? Even if, on one end of the spectrum, a man educates himself just enough to pay lip service to equality among the sexes, that means he still learns something about it, enough to spend time with a feminist (for one night, at least).

There's also the old joke about a guy borrowing someone else's baby to pick up women in the park. It's exploitative, certainly, but it still means the man is spending time with a baby and learning how to care for it (for an afternoon). Whether he likes it or not, this Don Juan is becoming a feminist through his urge to, you know, pass along his DNA.

All kidding aside, profeminism - the term sometimes used for men who support feminist politics - which has not been a major movement since its decline 20 years ago, is now making a comeback. Only it doesn't call itself feminism any more.

The Good Men Project Magazine, which launched this summer, is a great case study. An online anti-Esquire that lets men tell personal stories about current issues in masculinity, it is not a feminist platform. But it's not exactly not feminist, either. Items on the website have supported the right to abortion, have spoken out against violence against women and often discuss men's increasing share in raising kids in exchange for their wives' career pursuits.

The way Boston-based founder Tom Matlack tells it, the website owes its existence, at least in part, to one very important feminist in his life - his mother.

"My parents don't like it when I call it this, but I basically grew up in a commune," he says. "My mother had a strident form of feminism and it influenced me on a personal level - I found it scary."

He rebelled by running far away from this milieu to business school and became a successful venture capitalist. At 31, on the same day that he negotiated a career deal that was going to net him millions, he also experienced what he calls his greatest failure.

"That very day, my wife threw me out of the house for being a drunk and a cheat," he says. "I had to sit in my car in a church parking lot with all my clothes and explain to myself how I'd gone from the guy on the cover of The Wall Street Journal to someone with nowhere to go."

He never reconciled his marriage, but the experience woke him up to the fact that he needed to improve in his roles as a husband and a father. Fourteen years later, he founded the Good Men Project, which, as mentioned, has returned him to some of the ideas of feminism his mother likely held.

Although Mr. Matlack understandably won't label his project "feminist" - its mandate includes topics too broad to be boiled down to any one political agenda - he admits there is a relationship.

"I think it's feminism on its head," he says. "Women were trying to get out of the home. Men's challenge is the opposite: how to be at home."

In a way, I think men's relationship with and reactions to feminism will always be problematic, simply because it is defined in vastly different ways by different people.

I contacted Amy Mullin, a professor of feminism at the University of Toronto, to get her thoughts about men drawn toward feminism for relationship opportunities and whether men could really be feminists at all. She returned with her own definition of feminism, which I quite like:

"I understand feminism as a commitment to equality (not sameness of the sexes)," Dr. Mullin wrote in an e-mail. "Men may be feminists not just because of what they think they might stand to gain from it (whether female attention or more respect as childcare providers), but also because of the potential benefit for others they love (mothers, sisters, girlfriends, brothers, friends …) and others with whom they stand in solidarity."

It's great that projects such as Mr. Matlack's create an intra-sex forum to discuss what it means to be good men to women and our families, but I don't think we should forget that it was not so long ago that feminism sparked that conversation.

If that makes me a "mangina," then I'll put that on a T-shirt and wear it. 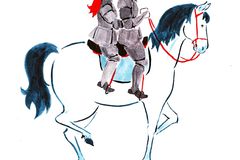 How to be a better boyfriend? Compliment her
January 27, 2011 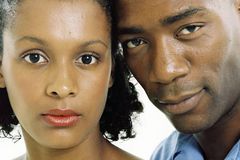