What do Michelle and Barack, Brangelina, Amal and George – well, let's face it, mostly George – have in common?

You could say they're all basking in the glow of a "personal growth marriage." This thoroughly modern type of union sees spouses helping each other "be better" by assisting with big life goals – whether it's a career move, a check mark on the bucket list or complete world domination.

Think of it as a life coach crossed with a personal assistant.

Today, spouses turn to each other for myriad needs: They debrief after work while tag-teaming dinner; proofread each other's merger plans; play therapist after dysfunctional family dinners; and swap bedtime story duty so each can take that photography or philosophy night course. Partners in these mini-power couples are attuned to each other's litany of aspirations. Fundamentally, they are there to help each other grow.

When executed well, personal growth marriages are some of the strongest we've had, argues Eli Finkel, a psychology professor at Northwestern University who recently examined these relationships in the journal Current Directions in Psychological Science. "The best marriages today are almost certainly better than the best marriages the world has ever seen."

How did we get to this golden marital age? In the beginning, marriage was a survival tactic: having someone to help harvest the crops and ward off the bears. After work shifted outside the home, we saw the advent of the "companionate marriage," with couples starting to wed sentimentally for love. Today, spouses are firmly entrenched in an era of self-expression, self-esteem and actualization.

"Increasingly, we view our lives as a voyage of self-discovery," Finkel said in an interview from Chicago. "'What makes me unique, what are my strengths and how can I live in a way that makes me and the world better?' Your partner understands that and engages in all sorts of behaviours that help you become that person."

Even though there's something farcical about motivational marrieds (think matching running gear, clipboards and whistles), when these modern partnerships work well, they work beautifully.

But as we ask more of our marriages, things can also implode, and often they do. The paradox of all this self-actualizing – this hot pursuit of every ambition – is that it steals time away from the relationship. Spouses spend fewer hours together than ever before, all while expecting more.

Here are the pros and cons of the personal growth marriage, plus tips from the professionals on how to make it flourish, not collapse under its own weight.

Self-improvement: Whether it's the postmortem with your husband after an important meeting or watching the kids so your wife can train for a marathon, personal growth marriages are about ensuring your spouse has the support, time and independence to pursue what he or she needs. "This system, as much as might want to make fun of it, is an opportunity for really big self-expression," Finkel says. "And a lot of the way people self-express is by dedicating themselves to the greater good of the world."

Safety net: These unions are often low-conflict, with couples behaving like a team. "There's trust and respect," Finkel says, adding that the best of these modern marriages are substantially more satisfying than those of your grandparents'. It's a "safety marriage," says Vicki Larson, who along with her co-author Susan Pease Gadoua wrote the recent book The New I Do: Reshaping Marriage for Skeptics, Realists and Rebels. "You give into the marriage with the expectation of 'I'll take care of you if you take care of me.'"

Power play: Hanna Rosin, journalist and author of The End of Men: And the Rise of Women, elucidated how successful these contemporary couplings can be: "They are on paper the most stable, prosperous marriages the Western world has seen in decades," Rosin wrote in 2013, when she described Frank and Claire Underwood of the Netflix television series House Of Cards as a shining example.

The Underwoods, she wrote, "operate as a single lethal unit." Their marriage bargain is a "close, successful partnership of equals," although Rosin couldn't decide whether viewers should envy or deride the perpetually scheming couple.

Tall order: "The expectations the 1800s were that you help me not die," Finkel points out. Today, spouses are tasked with making each other feel safe, loved and deeply psychologically supported. "You need to be highly attuned to very specialized, idiosyncratic needs," he says.

Indeed, trying to assist someone with shape-shifting life goals is a trickier proposition than tending to a flock of sheep: There are many more places a marriage can falter today. Stephanie Coontz, author of Marriage, A History: From Obedience to Intimacy, or How Love Conquered Marriage, has argued that it's nearly impossible for one person to provide everything for another person, and so the institution of marriage is crumbling.

Time crunch: The amount of time couples devoted to marriages in prior eras doesn't cut it today; now, you need to invest more to make it work. But just as expectations grow, our time is actually shrinking.

Says Finkel: "The cruel twist is that, just as we've built the form of marriage that requires all of this really targeted, specific focus on your spouse's psychological needs – the sorts of things that are going to take time together, focused attention, energy and motivation – we are investing not more time for the relationship but less."

Not tonight, honey: Many experts have forewarned marital bed death for a generation of couples treating each other like motivational life coaches and best friends. Pamela Haag, author of the 2011 book Marriage Confidential, argued that marrieds in high-functioning partnerships don't exactly make for passionate lovers.

Cristina Nehring, author of the 2009 screed A Vindication of Love: Reclaiming Romance for the Twenty-First Century, goes further, complaining that the "pragmatic marriage" has asphyxiated romance.

Investment property: For high-octane marriages like these to succeed, Finkel stresses "strategically reallocating time and bandwidth." That means not vegging out with HBO but planning a date night, something involving novelty. These high-needs marriages require tailored fixes, not self-help truisms.

"Because of the complexity and the very targeted nurturance required, you can't take cookie-cutter, social support solutions. It's not like every partner just wants you to put your arm around them and say, 'Well I love ya, honey,'" he says. Instead, he suggests targeted exercises, such as writing a diary entry from the point of a view of a benevolent third party when you're hashing out a fight.

Bring a map: Larson, the co-author of The New I Do, recommends that spouses in these "self-actualization" marriages very consciously draw up a road map for where they want to go together. "These marriages can work if, and it's a big if, the couple is fully aligned," she says. "Does one person finish grad school first while the other supports him or her, and then they switch? Do they both work part-time while raising kids? What do they think they can achieve at the same time?"

Think outside the box: How to get husbands and wives shouldering less responsibility for each person's "high-altitude" needs? Finkel advises turning to friends and family. Larson agrees, arguing that, otherwise, spouses come to each other drained: "If you're expecting your partner to be your be-all and end-all, it's probably taking a lot of your time. Much more realistic is having some needs met elsewhere and carving out space for yourself."

A divorce coach could offer a calming perspective
June 11, 2015 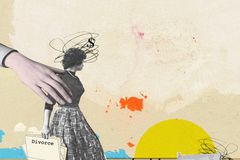 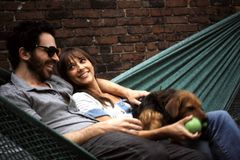 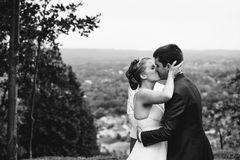