Helplessness and hell: That’s how Mike Clabby describes the three years he and his wife, Lyndsey, spent trying to conceive. Both in their early thirties, they had been given the frustrating diagnosis of “unexplained infertility.” Three rounds of intrauterine insemination and two rounds of in vitro fertilization followed, as well as a miscarriage.

There were tears and anger, with the two blaming themselves for not trying for a baby when they were younger. The agonizing experience tested their marriage.

“It’s the emotional trauma of your relationship going from two people in love who go for dinner and have fun, to having sex on a time clock,” said Mike Clabby, a senior bank executive in Mississauga, Ont., who is now 39. “It can make or break you."

A 2012 study estimated that 11.5 per cent to 15.7 per cent of Canadians experience infertility, with up to 508,000 couples affected in this country. Relationship distress often comes with the territory, according to a wide body of international research. Even so, few mental health supports exist for Canadians who turn to assisted reproduction. The Canadian Counselling and Psychotherapy Association counts just 93 counsellors who list infertility as an area of specialization. Many couples are unwilling to confide in family or friends who may be having their own children with ease. Partners struggling emotionally often remain silent in the face of a persistent myth that tells women all they need to do to get pregnant is to “stop stressing out” – a claim researchers argue does not bear out scientifically.

Now, several Canadian initiatives are emerging to improve the quality of these couples’ lives as they embark on growing their families.

In Quebec, researchers recently developed an innovative couples’ therapy model for those using fertility clinics. A team from the Université de Montréal and Université de Sherbrooke offered 29 heterosexual couples cognitive behavioural therapy in group sessions with a psychologist and an infertility nurse. The 90-minute sessions highlighted issues such as stress, loss of control and relationship strain, as well as coping mechanisms. Afterward, participants reported that their depression had lessened. They grew closer to their partners and their relationships felt stronger. The promising research has been accepted for publication in the Journal of Sex and Marital Therapy.

At Montreal’s Jewish General Hospital, researchers have developed a new mobile app for people going through fertility treatment. Infotility includes resources on mental well-being and a message board monitored by peer supporters who have also undergone treatments. The app is now being tested at fertility clinics in Montreal and Toronto.

In Prince Edward Island, the province approved coverage for infertility counselling with social workers and registered nurses trained in mental health in late 2017.

And in Mississauga, 36-year-old senior brand manager Lyndsey Clabby and her collaborator Michelle Strong recently launched myMindBodyBaby, an online community for women that features experts' advice for managing anxiety and a forum connecting would-be mothers to others who “get it.”

The new initiatives recognize that infertility challenges every aspect of couples’ lives, including their unions.

Visits to the fertility clinic take over: couples miss work, cancel vacations and step away from their social lives to make it to their numerous appointments. Partners are forced to weigh substantial life decisions with no guarantee that they will have a child. Do they look for new jobs with better family benefits and parental leave plans? Do they scout for a bigger home and buy an SUV, or hold still?

Marital tension rises from the sheer expense of fertility treatments, which often run in the tens of thousands of dollars. Ms. Silverman said financially strained couples often overlook their own mental health needs because they’re penny pinching for the next IVF cycle. This, even as many grow increasingly self-critical: “Our friends are making babies in bed. They’re not spending $60,000,” said Ms. Silverman, describing clients’ complaints.

For some partners determined to have a baby, the entire marriage can become a question mark – a reality underscored in the recent Netflix drama Private Life, about a husband and wife in their 40s desperately trying to have a child.

“Infertility poses a significant threat to the relationship because staying with this partner means there’s a possibility that you may not be able to have children, even with treatment,” said Katherine Péloquin, a co-author of the Quebec group therapy study.

Couples can experience shock, grief, anxiety and anger throughout the fertility process, said Ms. Péloquin, who is an associate professor of psychology at the Université de Montréal. Prior research from the Quebec team found that gender stereotypes deal another blow to spouses staring down infertility. Women whose self-worth remains wrapped up in motherhood feel that their bodies have failed them. Infertile men often grow distressed about their masculinity.

“This is supposed to be very innate and second nature to humans. You’re wondering, ‘What’s wrong with me?’” said Carolynn Dubé, the Moncton-based executive director of Fertility Matters Canada, which has 60 support group leaders who run in-person sessions across the country and moderate online groups.

When it comes to couples themselves, support is more hit and miss. Patient advocates believe more fertility clinics should offer on-site therapy, rather than referring people out after they’re worn out and distraught by the invasive treatments. “It shouldn’t take weeping in a doctor’s office,” Ms. Silverman said. “It should be a part of the process.”

Group therapy is critical for these couples, experts say, because infertility can be an isolating experience. They are pushing for more mental health professionals to get trained in infertility issues, especially in remote areas. For now, Ms. Silverman and other infertility counsellors use Skype to connect with couples struggling in far flung towns across Canada.

For some spouses, the reality is they will never have a child. Ms. Silverman tries to guide them to envision other ways of connecting. She asks them, “If you’re not going to be parenting at this moment together, what is going to keep you growing as a couple?”

On the prospect of childlessness, Quebec’s Ms. Péloquin found 10 weeks of group therapy shifted some couples' attitudes. They no longer felt as pressured by the cultural push toward parenthood, or as devastated by the possibility of no baby. “The point was to reduce their stress going through infertility and the treatment, giving them access to other couples who experience the same thing,” Péloquin said.

Lyndsey and Mike Clabby were down to one last embryo when they got the news: She was pregnant, with a baby boy born in 2016. As they set out to a fertility clinic again for baby No. 2, they received an even bigger surprise: Lyndsey was already pregnant. The couple’s second son was born in May.

The spouses believe their three-year struggle ultimately strengthened their marriage, teaching them how to read each other and speak more honestly.

“The silver lining is that I think it’s made me a better husband and father,” Mr. Clabby said. “Your toddler is having a tantrum and it’s upsetting. Then you think, ‘I really wanted this – I’m okay with this.’ It creates a different level of love and patience, if you can endure it.”

Amplify: Fertility is not just a women’s issue. It concerns all people
June 1, 2018 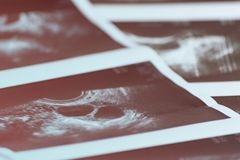