When we go to spend time with my husband’s grandchild, I find that I end up playing with the child while my husband is on his phone nonstop. I think it’s rude and disrespectful. The little time we have, he’s on that device. When I say something, his response is “Well, he’s playing with you.” We went to a play group with his son and his grandson, and out came the phone. Mine was out to take pictures of his grandson playing. It really frustrates me. I have talked to him about this, but whatever I say lands on deaf ears.

A few years ago a question like this might have caused me to launch into an extended tirade about cellphones: How they’re the scourge of our society; how we’re all turning into zombies, it’s like “The Walking Dead” out there with everyone staring at their phones; how rude it is when you’re talking to someone in a social situation – and/or to a family member – and they’re only half-there because they’re peeking at their phone; what an addiction it is to the point where even drivers, peeking at their phones, hit other people and sometimes kill them; what on earth is so urgent it can’t wait until you arrive at your destination – and so on.

But I just can’t do it anymore. Uncle! I give up! Turns out people peeking at their phones constantly is an immutable, unalterable fact of modern existence, and no matter how much I rant and rave it will probably not change anytime soon. So if I have any wisdom of my own, I believe I’m better-served expending my energy elsewhere.

As Martin Amis says: “It is the summit of idleness to deplore the present, to deplore actuality.”

By which he basically means, in slightly overelegant phraseology: “Don’t bother to complain about things that are obviously not going to change.”

So I will not commit that sin. I will say, however, that this situation seems a terrible shame – for his grandchild, for his son and, perhaps most of all, for your husband.

My father died (I don’t like “passed away,” and “passed” even less; please don’t let these words be applied to me when my time comes) a couple of weeks ago (I thank you all in advance, perhaps a bit presumptuously, for your kind thoughts), and although I am sad and wish he had more time on this planet, one of the memories I treasure is how my children, his grandchildren, lit him up.

My other two kids went on trips with him and had bonding experiences thereto. He may have “passed away,” and of course I’m sad, but I’m not full of regrets because a) I had a good relationship with him in the end, and b) my kids made him happy.

All my roundabout way of saying: Maybe you could say something to your husband along the lines of: “Darling, it may not seem that way to you now, but there is an outside chance you will not live forever. Do you want your grandchildren to remember you as some old dude who was completely disengaged because he couldn’t stop staring at his phone?”

No: He should make an effort to interact – for his own sake.

Does your husband not want to impart whatever wisdom he has gleaned from his lifetime to his grandchildren? And maybe even learn a little something from them? Because that happens too.

That relationship so much more important than whatever evanescent drivel he is checking out on his cellphone.

Try to persuade him to see the above truths. Naughty thoughts occur to me, such as hiding his cellphone, but that wouldn’t work – he’d just become obsessed with finding it.

Your job, I’m afraid, is no less than trying to teach him what’s important in life – before it’s too late.

I might be a dad. Should I support the child even though I’m not certain of being the father?
February 4, 2019 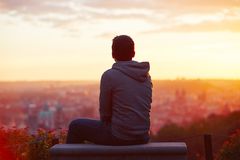 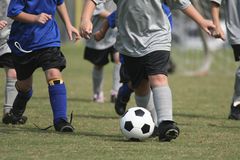