I love my teenage son very much – but he stinks. His socks in particular but he also has some B.O. He’s extremely sensitive and will take offense at many things I say, even if they weren’t meant to cause offense. Should I say something or keep my mouth shut? Meanwhile I have a co-worker also with a body odour problem. Everyone talks about it but she doesn’t have a clue. She’s one of my bosses and if I say something I’m afraid there will be a backlash. What should I do there? Your sage advice would be much appreciated.

I know all too well teenagers can be touchy and take offense easily. I’ve raised three of them.

They are masters of misconstruction. They misconstrue so many things you say as rude, offensive, insulting, and so on – when you meant nothing by it!

(Composite example) Me: “Aren’t you going to finish your dinner?”

Teenager: “What are you saying? I’m too skinny? Oh, real nice, Dad. You insult me right in the middle of dinner. Thanks a lot, Dad.”

Me: “I meant nothing by it. Just making conversation.”

Teenager: “Oh, so now you think my conversation is boring? Just great, Dad.”

(Huffily stomps off, leaving dirty dish for parents to clean.)

Teens are temperamental. As Martin Amis says (not about teens but it applies): “Like the greatest poets, racehorses, and chefs.”

Like a racehorse, they will rear up on their hind legs at the slightest provocation. You just have to hope they are of the temperament to forgive you – ideally within 15 minutes (as my kids often will) or by the time they’re 30, or 40.

The temptation is to tiptoe lightly, tread on eggshells, avoid all issues and pseudo-issues raised by your ultra-touchy teens.

But look at it this way: You’re going to offend them anyway. He will have a litany of complaints about you, no matter what you do, which he’ll vent to his friends, and, maybe later, to his therapist. Might as well wade into the hot tub of his beefs (terrible mixed metaphor, I know). Water’s warm.

So take your son aside, say: “You know, I’m detecting a bit of an odour from you. You might want to shower and change your socks more often.”

Remember. You’re doing him a favour. Improving his chances with whatever sex he prefers, for starters.

Repeat your parenting mantra: “I do it for his own good.”

Look at it another way. It’s tit for tat. Teens – or some, anyway – are ever-ready with zingers about your own faults and shortcomings. They know just where to stick the shiv, and they’re not shy about doing it.

As for your co-worker, I’d leave that one alone.

It’s true that, painful as it might be in the moment, I do tend to like people telling me what other people are saying behind my back.

Well – for the most part. I remember when my wife and I bought our first house someone told me a so-called close friend of ours was telling everyone who would listen: “Pam and Dave bought a house that’s a real dump!”

I wasn’t crazy about hearing of a friend soaring to the clouds on a balloon of schadenfreude at my (our) expense, but I suppose I was glad to hear what someone really thought, and also learn a bit about her character. “Keep your friends close, and your frenemies closer,” I said to myself.

(Incidentally, that house: best money we ever spent. We got into the real estate market in an era when it was actually possible/feasible to do so. Fixed it up, made a profit, bought a nicer house. So there!)

With your co-worker, you have to weigh the importance of two primary factors: a) if I were the one with the B.O. everyone’s talking about behind my back, I’d want to know about it; b) you’re not the one to tell her.

My opinion: the latter consideration outweighs the former. It’s for a close friend or family member to say something, not you. After all, it’s not really that much skin off your back is it? A friend of mine I discussed this dilemma with mentioned the term “body shaming” and you don’t want to die on that hill, do you?

No, were I you, I’d just inhale (not too deeply, though), exhale, and let it go.

How do I tactfully tell lingering house guests the evening is over?
Subscriber content
October 15, 2019 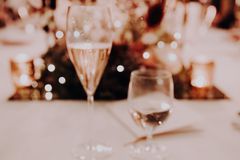 How can I encourage gratitude among Thanksgiving dinner guests?
Subscriber content
October 7, 2019 How do I keep freeloading friends away without alienating them?
Subscriber content
September 30, 2019