My father passed away in late February on the other side of the country, just as COVID-19 was causing havoc with travel arrangements. Four months have passed since his death, but a funeral seems out of the question now. We thought it would be appropriate for the funeral home to videotape the short ceremony in a very discreet way so family members, others who live far away and some elderly friends who cannot attend the interment can “almost be there.” Now my niece is saying that she won’t attend if there is a videotaping. I think she’s afraid of being recorded while reading a story she’s prepared. She won’t talk to me about it. As this is the only way those from afar can participate, we would like your opinion on whether we are asking too much to have a recording done.

Ever since reading it a long time ago, I’ve loved an NPR essay by Deirdre Sullivan, Always Go to the Funeral, and have considered it a personal touchstone. I learned something from it.

Sullivan’s father taught her from a young age, starting with the death of her fifth-grade teacher, that she should “always go to the funeral,” no matter how little she feels like it or how much an inconvenience it seems to her.

She makes it a rule for herself. Then, when her father dies, she surveys the assembled mourners at the funeral and says: “The most human, powerful and humbling thing I’ve ever seen was a church at 3:00 on a Wednesday full of inconvenienced people who believe in going to the funeral.”

“Sounds simple – when someone dies, get in your car and go to calling hours or the funeral. That, I can do. But I think a personal philosophy of going to funerals means more than that.” Most days, she says, “the real battle isn’t good versus evil, it’s … doing good versus doing nothing.”

I second the sentiment – and have made it a rule for myself, too.

But now COVID-19 has put paid to all these notions, caused us to rethink and reorient ourselves to what looks more and more like a curious, unfathomable future. Weddings, religious gatherings and now funerals – all irrevocably changed.

This pernicious pandemic seems not only to want to kill us but prevent us from getting together to honour and mourn our dead. I particularly miss shivas. Several days of sitting on couches or chairs or standing around noshing and honouring the beloved departed – poof! Gone. R.I.P. (for now at least) this and other extended in-person gatherings of remembrance. Now we collectively have to scratch our domes and figure something else out.

In your case, I’d set aside the notion of videotaped tributes. Of all people I understand your niece’s reluctance to have her eulogy on record. Study after study suggests public speaking is the average person’s biggest fear. Death is second.

(As Seinfeld says: “Death is No. 2? This means for the average person, if you have to be at a funeral, you’d rather be in the casket than doing the eulogy.”)

Social media doesn’t help matters – arguably it makes things worse. For those of us imbued with self-consciousness, awkwardness and/or self-loathing, the last thing we need is for every gaffe, goof, flub and faux pas in our eulogies to go viral, easily accessible by everyone online until the sun goes supernova.

No, what I’d do, were I you, is organize a virtual gathering through Zoom or similar platform. If it makes you feel any better, maybe send the invitations out through snail mail, old-school style – but that’s not important. What’s important is that you foregather in some fashion, to remember the person who expired (I don’t like the euphemistic neologism “passed” – it’s not a test. Then again, maybe it is) and to help the living heal and bond as a community. Virtual is obviously second-best to in-person, but such are the times we live in.

On the plus side, it’s easier now than ever for everybody to “go to the funeral” from the comfort of their own domiciles. No need to dress up, get in the car, find parking and all the rest of it. Just click on a link. You can “join with video” or not. Same with audio.

I never show up to a party without many bags of food and drink. Where am I on the scale of social acceptability?
Subscriber content
July 27, 2020 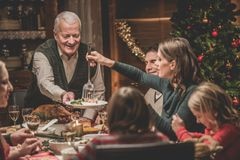 After cheating on each other, my husband and I are trying to make things work, but our sex life is making us unhappy. How do we fix this?
Subscriber content
July 20, 2020 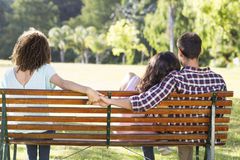 My daughter is 28, lives at home and doesn’t contribute anything. What should I do?
Subscriber content
July 14, 2020
Follow us on Twitter @globeandmail Opens in a new window
Report an error Editorial code of conduct
Due to technical reasons, we have temporarily removed commenting from our articles. We hope to have this fixed soon. Thank you for your patience. If you are looking to give feedback on our new site, please send it along to feedback@globeandmail.com. If you want to write a letter to the editor, please forward to letters@globeandmail.com.
Comments