I was on a ferry in the Greek islands recently with my wife. My wife gets seasick so she took a sleeping pill and was sleeping on the sofa. At one point, a loud woman got on who didn’t like the fact my wife was sleeping on the sofa. Our section was not full. Others were sleeping on sofas, and there were other sofas available. “Excuse me! Is she with you? She can’t sleep there! If she wants to sleep there she should get a cabin!” It went on and on, and was uncomfortable for everyone. Did I mention she was the only person not wearing a mask? I felt she was out of line, but I wanted to take the high road and didn’t want to have a starring role in the next YouTube “Karen” video. The woman moved to a sofa near us, but continued to stare at us for the four-hour journey. These public confrontations seem to be increasing in this stressed-out world. Should one push back and defend one’s family with dignity? Or suck it up and ignore it stoically?

Let’s begin with a quick thumbnail history of why we call someone who freaks out/asks to see the manager/threatens to call the police/actually calls the police at the slightest perceived incursion into her “personal space” aka Zone of Entitlement “a Karen."

Like Becky, many, but not all, of these proto-Karen encounters had a racial component.

BBQ Becky begat “Permit Patty,” who called police on a Black kid selling bottled water from her front yard on a hot day without a permit; “Cornerstore Caroline,” who flipped out when a Black kid’s backpack brushed against her buttocks in a crowded store; and “Golfcart Gail,"who called police from her golf cart when she spotted a Black father telling his kid to listen to a referee during a soccer game; among numerous others.

I obviously can’t speculate whether there was a racial component in your encounter with (hmm, let’s call her) “Ferry Fiona.” It seems to me you took the only path you could, aka “the high road,” under the circumstances. We all know the feeling the French call l’esprit de l’escalier: when, having been zinged at a party, you’re walking down the stairs and the perfect counterzinger comes to you – too late!

Meanwhile, you had four hours of Ferry Fiona’s “stink eye” to think up a juicy riposte, but didn’t go there.

Good! Imagine you had said something. As you hinted, it’s entirely possible, these days, Ferry Fiona could well have whipped out her cellphone, recorded the whole encounter, then the video could have gone viral. You and your wife could have lost your jobs — all sorts of consequences, fair or not, might have ensued.

Whether someone does or does not have authority/permission/a permit to snooze on a couch on a ferry in the proximity of some gorgeous Greek islands, don’t die on that hill.

“Consider the source,” as my mother always used to say when I’d get zinged as a kid. Feel compassion for Ferry Fiona. She no doubt has her issues and has her bad days. Don’t let her make yours any worse.

In short: inhale, exhale, let it go. Then, when you arrive at your destination, order a Mai Tai or whatever people drink on Greek islands (how would I know? I, poor ink-stained scribbler that I am, can only dream of such fabulous vacations) and your wife can catch up on her sleep on a beach chair to the gentle sounds of the Aegean lapping at her feet.

I hate the canvas painting I bought online, but my husband really likes it. Advice?
Subscriber content
August 31, 2020 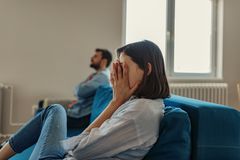 My friend is unemployed and living at the expense of others. I care about her but I can’t take it anymore
Subscriber content
August 25, 2020 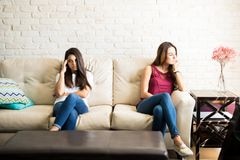 My brother’s wife is religious and he is not. Is their marriage doomed?
Subscriber content
August 17, 2020 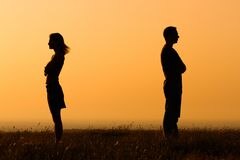