My son and daughter-in-law refuse to send their children to school and refuse to talk about it. She, who did not graduate from high school, has decided that “unschooling” is the way to bring up happy, resourceful children, who are not forced to be in the prisons we call schools. In fact, because they will find great freedom in being unleashed to just play, they will gravitate towards the things they want to learn and educate themselves. At least that is the theory. As a result, they have a seven-year-old who cannot read. My husband and I have graduate degrees, and we believe that there is no future for our grandchildren without education. I try to discuss it with my son, but he supports his wife, who takes great offence at any of her ideas being questioned. How can we deal with this situation?

There’s so much to unpack here, I better roll up my sleeves and get right down to it.

First, the difference between home-schooling and unschooling. Roughly speaking: Homeschooling is more parent-directed. The parent acts as a de facto teacher. There is (often) a curriculum and/or textbooks; the parent/teacher guides and/or (metaphorically) lashes the youngster forward to heights of achievement that might not have been afforded to them in the more traditional school system.

Unschooling – well, the general idea is it’s more kid-directed. You just let the kid play and hope they find an area of interest and pursue it. Registration rules vary by province, but it is legal across Canada. In most cases, parents are just required to notify or register with their school board each September.

John Holt, generally thought of as the father of unschooling, has said, “School is a place where children learn to be stupid.” And he says he doesn’t call it unschooling; he calls it living.

Call me old-fashioned – actually, I could end the column right there. “Call me old-fashioned," click, dial tone. Many websites promoting unschooling feature pictures of kids on a beach, checking out seashells or hermit crabs or whatnot, and you can almost see the thought balloon above their heads: “Hmm, maybe I should go home and research the history of hermit crabs."

Sorry, but if I were to unschool my kids, they would probably spend their days playing first-person-shooter games in the basement, and the only ancillary research they’d be doing would be whether it’s more advisable to terminate a giant attacking hermit crab with a grenade launcher or a flame-thrower.

(Then: “Hmm, flame-throwers, how do they work?” Followed by a quick Google search, aka “homework.”)

And if I home-schooled them, the only difference is I’d probably be in the basement with them, saying stuff like, “Hey, J.J., maybe the ‘bouncing betty’ would be the best choice to blow up the giant hermit crab attacking you. Did you know a ‘bouncing betty’ is a class of mine that springs into the air before exploding? Originally invented by the Germans, it is technically known as an ‘S-mine,’ and –”

As I mentioned earlier, truly, it works for some. But if we’re talking about a seven-year-old who can’t read, then my pen is obliged to flash from its scabbard.

Don’t even get me started on reading. You read, you can do anything: Become a doctor, a lawyer, begin to have an understanding of human nature and history, and ...

Anyway, as I say, don’t get me started. I’m a little haunted, as a writer, by raising a generation of not-really-readers, but there are encouraging signs. You, I would say, should bang that drum mercilessly, come down on your offspring like darkness on an innocent peasant village for raising (the only mot juste here) an illiterate child.

And if they refuse? Sorry, but your only choice is to let it go. You’ve done what you can. Inhale, exhale, and let your kids mess up their kids as you no doubt messed them up.

In the (here bowdlerized) words of Philip Larkin, former poet laureate of England, from his poem This Be the Verse: “They [mess] you up, your mum and dad/They don’t mean to but they do/They fill you with the faults they had/And add some extra just for you … Man hands on misery to man/It deepens like a coastal shelf” ... yadda, yadda, yadda, ... “don’t have any kids yourself.”

But it’s too late for that, so the best bet for now: Just grin and bear it, and worry about your own problems.

A friend of mine has started her own business, but is always promoting her product. How do I gently tell her to cease and desist?
Subscriber content
February 25, 2020 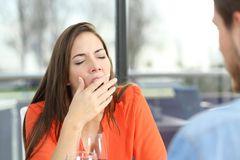 I called my co-worker by the wrong name for a long time. I’m annoyed she never corrected me
Subscriber content
February 10, 2020 My new neighbour is being difficult about my support dog wandering into his yard. What should I do?
Subscriber content
February 3, 2020 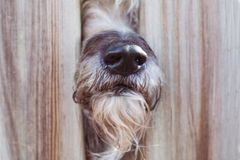