The current COVID-19 lockdown seems to be having a nasty impact on people with any kind of alcohol dependency. If I call my old university buddy in the afternoon, he usually sounds drunk. Before COVID-19 lockdowns, when we were able to “huddle over a beer and a bun,” he drank a lot. But it seems to have gotten worse. How do I nudge him to think about his drinking habit, given that it could trigger serious health issues? If something happens to him, it would be devastating to his wife and sons.

It certainly seems, anecdotally at least, like a lot of people are ramping up their drinking during the pandemic.

Makes sense, in a way. We’re all cooped up, locked down, climbing the walls, playing Scrabble, watching TV until our eyeballs hurt.

And with so many working from home these days, it’s harder to detect “day drinking” – hence memes like the one with a woman holding up a coffee cup in a Zoom meeting and saying: “How do you know this isn’t wine?”

About that: I used to find drinking and hangovers funny – like the famous description by Kingsley Amis (“the laureate of the hangover”) in Lucky Jim of a character waking up feeling like “his mouth had been used as a latrine by some small creature of the night, and then as its mausoleum.”

“Hilarious!” I thought then. Not so much now. Amis went on to drink himself to death, basically. As Christopher Hitchens says in the otherwise festive introduction to Amis’s book Everyday Drinking: “The booze got to him in the end, and robbed him of his wit and charm as well as of his health.”

That’s … not so funny. In the fullness of time, I’ve come to look at booze – for some people, obviously not all – as an insidious, subtle and crafty force that can slide out of the tall grass and slowly squeeze the life out of a person.

Or as my wife pithily puts it, re: drinking: “It’s fun until it isn’t.”

And it sounds like your friend may be drifting out of the Fun Zone into the arena of the unwell. He could lose everything: wife, kids, job, friends, health … the list goes on.

So yes, I think that as a friend, you should absolutely do him the favour of approaching him about it.

He may not see it as a favour. He may bristle, bridle, throw it back in your face, accuse you of being judgmental and so on.

The trick is to do it gently, with compassion. One of the phrases in the mission statement of Alcoholics Anonymous that always jumped out at me was that its members, having attained sobriety, should then turn around and help “the alcoholic who still suffers.”

Your friend may not see it that way – he may still think he’s having fun – but he is almost certainly suffering. Approach him in that spirit.

You could suggest rehab. Some facilities are still open and accepting clients – but they can be pricey. Now, I know some might say, “Best money I ever spent! It saved my life!” And of course they’d have a point. One wonders, though, whether your friend would have the disposable income if he’s drinking all day, .

Personally, I think AA is a great option. No clipboards, no lab coats, it’s non-hierarchical – just some ordinary folks who have gone through or are going through what your friend is going through trying to help each other out.

And right now you can go to a Zoom meeting anywhere in the world, any time of day, as many times as you want. And it’s pay-what-you-can!

But your friend has to want to do it. Don’t badger or browbeat him. If he’s not ready to commit, it’ll never stick, and there will ultimately be no point.

If he repudiates you, turns you down, at least you can tell yourself you gave it a shot. From that point forward, your attitude should be, in the words of my old butcher, who would say, with a shrug, whenever I refused his counsel (we would chew the fat a lot, and he loved to give advice): “Hey, it’s your life.”

How do you stay friends if you’re the only one who calls?
Subscriber content
January 11, 2021 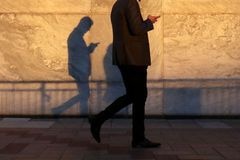 Why won’t the children next door be quiet?
Subscriber content
January 4, 2021 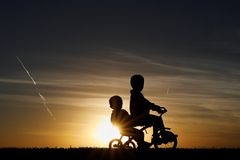 My doctor’s website and phone system make it hard to book an appointment. How do I deal with my frustration?
Subscriber content
December 21, 2020 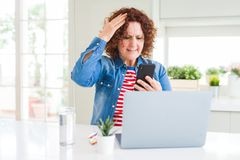