Tiiu: Before I met Alar, I knew an artist who was also an Estonian freedom fighter. He told me that if I wanted this particular piece of art, I had to promise to marry an Estonian. I was 17 at the time. I said yes because I really wanted the painting, but in my head, I was thinking, “Well, I’m going to marry whoever I want.” And then I met Alar.

Alar: For me, I wanted to find someone who was part of the Estonian community. Most of my social life was around cultural events. We met for the first time at a confirmation party of a mutual friend.

Tiiu: And then again at the Tallinn Cultural Festival in Toronto, which is a big Estonian celebration. I was working the bar and later in the evening, Alar came up and we started talking.

Alar: My brother Mart saw us together and pushed us onto the dance floor.

Tiiu: I was having an issue with my leg at the time. I’d turned down some other guys who asked me to dance, but with Alar, I forgot all about my leg.

Alar: It wasn’t love at first sight, but I remember looking into her eyes and thinking, this is someone who is speaking the truth. At the time, I was obsessed with meeting someone who was honest and who said what she felt. That is Tiiu.

Tiiu: I was smitten from the first moment we met. Even if we didn’t seem to have much in common at first. I’m a huge sports fan, Alar, not so much. He hated the band Styx, I hated Fleetwood Mac.

Alar: But we both love music and love to sing. Before we moved from Toronto to Montreal, we were part of an Estonian choir and we travelled to sing in Bethlehem on Christmas Eve. On the same trip, we visited the diamond centre in Netanya and I bought her an engagement ring. It was impromptu.

Tiiu: In Estonian culture, there isn’t really such a thing as an engagement ring. Instead, you wear your wedding band on your right hand, and then when you get married, you switch it onto your left. The diamond ring in Israel is typical Alar. He’s not the guy who makes a big deal at the obvious times like Valentine’s Day, but he’ll surprise me with a romantic gesture out of nowhere.

Tiiu: In 2001, Alar was working as a VP at a large insurance company. He was travelling back and forth from New York on a regular basis. He told me he had to go again on the 10th of September, and then the next day all 9/11 happened.

Alar: Twelve of the 24 Canadians who died that day were people that I knew well, including my boss, who was a good friend. It was a life-changing experience. A year later, I decided to retire so that I could spend more time with our son.

Tiiu: That allowed me to pursue the next stage of my career, a PhD and a professorship. Having a partner who supports my professional goals is something I feel so grateful for. We may not be the most obvious fit, but we are still happy together after all these years. I guess that artist I met when I was 17 knew something I didn’t.

Should I social media shame a Good Samaritan refusal?
December 17, 2018 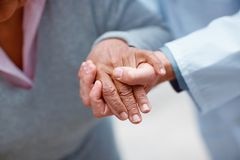 Am I obligated to foot the bill for a colleague who invited me to a networking event?
December 11, 2018 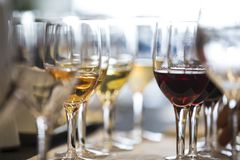 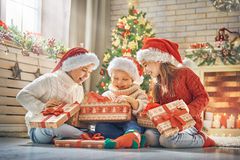