Relationship status: Together since 2016.

Charlie: We had quite a few mutual friends when we were at school at Queen’s but we never actually met until our grad trip in Punta Cana, [Dominican Republic].

Stephen: There was really only one bar at the resort and everyone was there the first night having drinks. A mutual friend of ours, Russell, introduced us.

Charlie: I remember I really liked Stephen’s voice, which is weird, because I usually never notice people’s voices.

Stephen: For me, I think it was his facial hair. I was trying to grow a beard, and it wasn’t working out very well. I wish I could say something more romantic, like I loved his eyes or something. We’d had a few drinks by then.

Stephen: I graduated right after we got back from the grad trip. I moved to Toronto, and started working as a nurse. We had a great summer together, and then Charlie left to lead a camping trip in the Northwest Territories.

Charlie: Before I left, I was worried he was going to find someone else, so I wanted to lock him down and asked him to date [exclusively]. He said no. That, obviously, was not the answer I was hoping for.

Stephen: I was caught totally off guard. I don’t even remember what I said exactly but I know the whole thing was pretty awkward.

Charlie: I went on the camping trip and then back to Kingston for an extra semester. When I graduated I went to South America for a few months. I ran into Stephen at Homecoming and told him I was planning on moving to New Zealand. But those plans fell through and I reached out to him again.

Stephen: I was away with my family on a three-week trip to South Africa and Charlie sent me a message asking if wanted to go to a friend’s Christmas party. It felt right this time and I was really excited to get back to see him again. We made it [the relationship] official just before Christmas 2018.

Charlie: We both love to travel so after a few months together we decided to move to Australia. We lived in a Volkswagen van and travelled up the east coast for one year.

Stephen: It was an amazing trip and we figured out a lot of things about each other.

Charlie: We’re both pretty easygoing. Every relationship has its sticking points, but for the most part, we roll with the punches. Living together in a van for a year is a good test. You figure out pretty quickly if you’ve got what it takes to make it work.

Stephen: We both have different interests, but we also have a lot of shared interests, too. We’re a good complement for one another.

Match: They fell in love while working on the Love Boat cruise ship
October 17, 2020 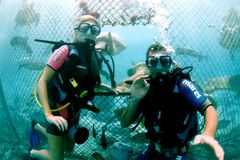 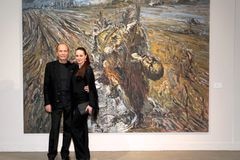 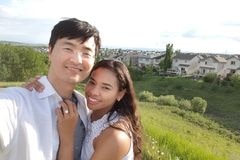