My five-year-old car was due for a safety inspection. Nothing wrong that I knew of, it just needed to be renewed. Then my friend asked for a driving lesson. So I waited on going to the garage and took him out. On our drive, the car died and had to be towed to the garage. Turned out a hose had come loose and the coolant had leaked out. This caused the car to blow a gasket. As did I, when the cost to fix it was estimated at $2,000.

There’s no indication that my friend did anything to cause this problem. It just happened during his time at the wheel. Two things gnaw at me. One, I’m a freelance ESL teacher in the gig economy, and he’s a tenured department head at a local high school, so there’s a great disparity in our incomes. And two, it wouldn’t have happened if I’d gone to the nearby garage, as originally planned, and not taken him out. They would have found the loose hose and fixed it inexpensively. What should I do?

I’ve noticed that the lending of cars can be a fraught issue in general.

I’ve had many friends who lent other friends their cars and the upshot was: “Hey, so-and-so was not grateful enough.”

Cars are the modern equivalent of a horse and in ye olden days, the worst thing anyone could be was: horse thief.

But in your case — well, your friend was obviously not a “horse thief” and I’m sorry to say it, but I’m not sure you actually have a case.

Your friend, I would imagine, had no idea about your hose-coolant-gasket situation and therefore cannot really be held responsible.

Believe me, I know at least as well as most how painful it is, what a knife in the heart it is, every dollar that flows out of one’s pocket.

I have been poor. I have asked the dude at the corner store to give me credit for groceries. I have dodged student-loan creditors. I have dodged my landlord, who was looking for his overdue rent.

I have sat at an “oyster bar” and while everyone was laughing and ordering oysters and martinis, I said, “I’ll just have a water,” because I had no money in my pocket.

And I love oysters! And martinis! Almost above all other things (except obviously human rights, world peace, feminism, cigarettes, my wife, my family and the love of God.)

Then to my horror, an editor or CEO-type character waved around a magic credit card, “It’s all on me!”

I’m obviously not saying any of this in a proud way. I wish it were otherwise — that I were more of an Elon Musk or Jack Ma-type character, clocking unbelievable amounts of cash.

(Jack Ma: founder of Alibaba, the Asian equivalent of Amazon, personal net worth US$35-billion-ish, though, he had his early struggles. He told Charlie Rose that when Kentucky Fried Chicken came to his home town in China, 24 people applied for a job and 23 were accepted—he was the only reject!)

In any case, sorry to say, but point being: my opinion? Inhale, exhale, let the $2,000 go. Doesn’t sound like your friend had any idea the effect your driving lesson would have on your financial situation.

Keep debates with hot PhD guy respectful and civilized, then you’ll be on the winning side Subscriber content
August 20, 2019 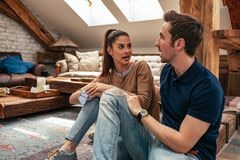 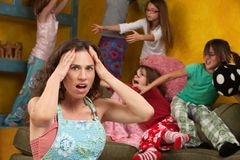 I threw my friend a party and was never thanked – should I be angry? Subscriber content
August 6, 2019 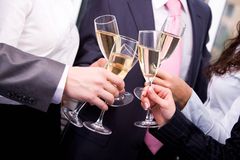