I met my boyfriend 10 months ago and now we are planning on getting married. Problem is, he got his girlfriend before me pregnant. She is keeping the baby. He told his mom about it but was scared to tell me. However, I found out later myself through WhatsApp on his phone. He truly does love me and I know it. But now his mother has told me to stay away from her son and that he already has someone he will marry. I called my boyfriend and told him about this and he said, “I’ll handle it.” Please help me. I am lost.

There are so many red flags here I can barely see the (metaphorical) field.

Red flag #1: him acting like getting his ex-girlfriend pregnant is no big deal, and doesn’t really have a lot to do with him, something that can be quickly and easily handled.

I’ve said before I hate it when the verb “to father” is used as a synonym for “to inseminate.”

As in: “Celebrity X fathered a child with his nanny!”

Not yet he hasn’t. After Celebrity X changes a thousand diapers; tries to spoon goo into the kid’s screaming, tomato-red face; teaches the child to ride a bike; rushes the kid to the hospital; spends endless, sleepless nights worrying about its future – then, maybe, just maybe, at his funeral, when the sweet release of death has finally relieved him of parental anxiety, can we say Celebrity X “fathered” the child.

And, if he has a shred of decency and a moral compass at all, your fiancé is on the hook to “father” this child in similar fashion for the rest of his life – at least part-time.

It’ll be constant and never stop. Can you handle that?

But for me, perhaps the biggest red flag is he avoided telling you about it. That’s a pretty big matzo ball to keep up his sleeve. “Oh, by the way, forgot to mention, another woman is having my baby.”

If he could seriously attempt to keep that as a secret, it doesn’t bode well for the future. What else will he hide/lie about?

If you are truly soul mates, you should be transparent to one another. If I impregnated another woman, my wife would know not only the instant I walked in the door, I think she’d be able to sense it through the door.

Honestly, all things considered, my first instinct is to tell you to moonwalk away from this whole mess pronto and posthaste.

However, having said all that...

You mentioned “love,” and I’m a sucker for that word. (Columnist’s face assumes a dreamy, faraway, “poetic” look.) I do believe true love can surmount a lot of obstacles, maybe even including this one.

So, if you truly believe, down to your toes, in your bones, in the bones of your toes, this dude loves you and will be good to you the rest of your life, here’s what I’d do:

Talk to the mom. Explain to her that her son loves you, and you love him – to the point you are even willing to surmount this terrible obstacle. I wouldn’t expect her blessing, but maybe in time she’ll soften. Time softens all.

Then, call the ex-girlfriend. Maybe have a drink (well, for her maybe a club soda since she’s pregnant). If you’re really going to marry this guy, you’re going to have to figure out a way to deal with her. Might as well start now.

And then turn to Mr. Arnold Schwarzimpregnator. “No more secrets, bub. I want you to open your vault, be an open book, and... whatever else is a metaphor for being open and transparent. Otherwise, I will drop you like a bag of dirt and find someone who can be honest with me. Got that?”

If he agrees to your terms, and you believe him, well, let the festivities begin. Plan ceremonies. Hire caterers, etc.

From there, to (slightly) paraphrase Bette Davis in the movie All About Eve (just before an incandescent cameo from a young Marilyn Monroe): “Fasten your seat belts. It’s gonna be a bumpy ride.”

I’ve ostracized my colleagues with an angry e-mail. How do I cool down the office tensions?
April 6, 2018 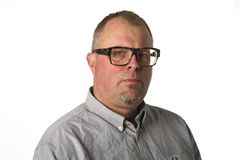 A former colleague died before I forgave him for a prank, so how can I forgive myself?
March 30, 2018

My husband says my weight makes me unattractive. What should I do?
March 23, 2018 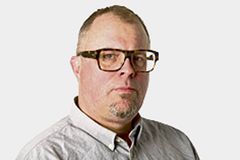