Our neighbours returned home from a trip to the United States and are not staying in their home for the initially requested/now actually the law for two weeks with “no exceptions.” I see them out for walks all the time. I don’t want to be in overt conflict with these neighbours after their two weeks is up so I’ve said nothing about it as I don’t feel my words would change their behaviour. I believe they’re watching or reading the news and selectively interpreting what they want to be true. How would you handle this or recommend someone else handle it? I realize that while I’m more concerned about being in conflict with these neighbours, I’m clearly struggling with internal conflict that isn’t likely to abate when their two-week deadline is over. I’m trying to remember that tensions are running high right now and things might look different in time but the bigger picture is that they are putting their wants above the care of their community.

First of all I want to say how proud I am of most Canadians for doing their civic duty and staying in.

When I survey the eerily empty streets my thought balloon is: “Thank you, fellow citizens.”

It’s battle conditions. Once upon a time Canadians leapt courageously into the Second World War. But back then you could see the enemy, at least.

Now we’re at war with a weird invisible enemy. It feels like “the new normal” even though it’s only been a handful of weeks.

The world’s population in general, it seems, but please allow me to focus on Canadians in particular and even more specifically on my friends, family and neighbours, are going to extraordinary lengths to cope.

Businesses being shuttered means just about everyone I know is worried about money.

Parks are closed so I see many people taking their kids out to the alleyways so they can run around and get a modicum of fresh air.

On the rare occasions I do go out, more and more people are wearing masks. Just a rough guess, but last time I was out it seemed like about 75 per cent were wearing them.

Everyone seems to be practising “physical distancing.”

And I know being cooped up in our homes, coupled with financial worries, is putting a strain on relationships. Kids are climbing the walls, making it tough on parents.

It’s been tough on everyone. But just about everyone I know or have encountered has been stepping up/pitching in. It’s been nothing short of heroic, if you ask me. None of us knows how long this thing will last, but everyone has the sense the more we fight against it, the sooner it will be over.

(During the terrible “Spanish flu” epidemic of the early 20th century the areas practising what researchers now call “non-pharmaceutical interventions” – e.g. social distancing, quarantining, and mask-wearing – recovered more quickly than those that didn’t.)

Which is why it’s upsetting and disturbing to encounter the occasional “rogue elephant” like your neighbours.

And why I wouldn’t worry too much about saying something to them. Of course you can be judicious and polite and friendly.

But I’d be direct, not circumspect. Don’t prevaricate. I’d come right out with it: “Listen I know you guys just got back from the U.S. and feel like you should really follow the guidelines and self-quarantine.”

I wouldn’t hesitate to speak up out of fear of conflict. Remember rogues are putting your health and maybe even your life, and the health and lives of those around you, at risk.

They’re also edging us closer to an era in which someone will decide the rules have to be enforced. Already by-law officers patrol the park across the street from me because people refused to stop congregating. They blocked off the parking lot of the (closed) community centre near us for the same reason.

(“Why block it off now?” I asked the guy. His response, basically: “People would pull up their cars and start to gather and chat.”)

But it all works better if it’s voluntary.

So yes, if you see anyone not helping us all pull out of this thing, I would say to – politely, gently – call them out on it. 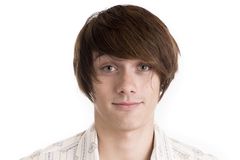