There is no manual on how to be a good parent. Instead, most of us learn on the fly and hope that the things we say, the examples we set, will prepare our kids for whatever life has in store for them. In his new book, Dad Up!: Long-time Comedian. First-time Father, CBC radio host Steve Patterson shares with The Globe the “rough and tumble” lessons his dad taught him and explains how he’s finessed them (somewhat) to raise two little girls.

“I have four brothers and growing up everything in our house was a competition. Dad was an athlete and wanted all his kids to participate in sports. It was like growing up in a den of wolves. Fights didn’t get broken up by parents. His philosophy was teach them to defend themselves and whatever happens from there is up to them.

The most important lesson he taught me was ‘Be kind.’ But he put it in a different way. ‘Don’t be an arsehole.’ It’s funny. He always had the right intentions, he just came at it in a rough and tumble way. He’d defend us to the ends of the earth. He’d tell us not to do things, but it didn’t mean he wouldn’t directly violate them himself. A long time ago he was driving and a guy in front of him stopped too quickly. My dad got out of the car, punched him and was charged $20. He went in to pay the fine and said: ‘Can I put down $40 and punch him again?’

For me, the biggest surprise of parenting is the relentless of it. Especially during a pandemic, there is no break from parenting. You’re either actively doing it, or you’re thinking of what you’re supposed to be doing when you’re not doing it. Lots of my friends who had kids in their younger years, I’d call them from the road and I couldn’t figure out why their kids were always near them. Now I get it. The only way [parenting] is not relentless is if you quit, and that’s not acceptable.

One of my proudest moments was watching Scarlett, who is six, become more independent. We were in a playground and a schoolyard bully was troubling lots of kids. No parent was stepping in. In the ’70s parents tag-teamed and disciplined each other’s kids. My daughter went up to him and she literally kicked him in the butt. That made his mom or caregiver look up from her phone. All I could think was, well done, your grandfather would be proud.

My dad is 89 now, and he’d tell me the most important thing you can do as a father is show up. Every day. As long as when you’re with your kids – you’re really there – that’s all your kids are looking for.” 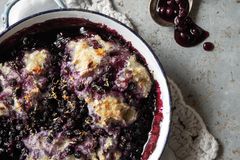 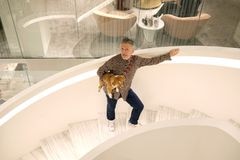 How wedding vendors have channeled creativity and resiliency to weather the pandemic
May 21, 2021 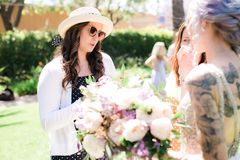