We have good friends who we’ve spent much time with over the past 25 years. We live in the same community, our children grew up together and we very much enjoy their company and have felt very close in all matters – except one. For some time, and increasingly in the past year, we have been struggling with how we differ in our view of U.S. politics. We generally try to avoid the conversation to steer clear of an uncomfortable situation, but whenever it comes up, it’s awkward. More so, we believe it has exposed some of their values that do not reflect ours, for which we are no longer at ease. We are considering severing the relationship, either openly or by letting it drift.

I’m originally from the United States, and still have many relatives there, and I can tell you: The divisiveness and contentiousness you see on the news between red and blue states? It also played out in many personal relationships there. Including marriages.

So far I haven’t heard of anyone stomping off and tearfully flipping through the Yellow Pages looking for “Lawyers – Divorce.” But I wouldn’t be surprised if crockery has been hurled and, I bet, spouses have spent numerous nights tossing and turning on itchy, uncomfortable couches all across the great states of Minnesota and Virginia.

It happens in Canada, too. I’ve heard of cases of marital friction caused by discussions of U.S. politics – although my sense is it happens less often, by dint of the simple metrics of fewer Trump supporters.

Friendships and social occasions can also be strained. Along with religion, politics is a famously touchy, volatile topic. But lately bringing up U.S. politics in any circumstance is like tossing a Molotov cocktail into a dumpster filled with gasoline-soaked explosives.

But I don’t think the solution is to end your connection to your long-standing friends, whose children grew up with your children, and everything else a 25-year friendship implies and entails.

(And don’t forget to factor in your offspring: innocent civilians who could potentially be collateral damage in any friendship-ending scenario.)

You speak of your friends' “values.” Now, I would certainly understand wanting to end a friendship if your friends advocated or perpetrated some act of moral turpitude.

But your case sounds more like people sitting around sipping Chardonnay and opining.

And what is an opinion, anyway? You open your mouth and some air comes out. It’s not like the White House is calling on a special hotline: “[Your name here], how’s it going in the debate with your friends? Because based on the outcome we are planning to take a new direction in policy, and possibly reverse the results of the election! No pressure, but the entire fate of the world hangs in the balance of what you decide in your dinner-table discussions!”

Personally, I enjoy a spirited debate. I don’t want to surround myself with only people who agree with me, in a cloud of “confirmation bias.”

The trick is not to let your discussions cross over into ad hominem nastiness – so there should be no, “You’re dumb/crazy/I don’t understand how any rational person could possibly think that,” and so on.

Why not spend your time and energy instead trying to understand why your friends hold the viewpoint they do? “To understand all is to forgive all,” as the saying goes. Forgive your friends their annoying habit of disagreeing with you; and, in a spirit of gentle inquiry, try to understand how it is they could possibly hold such outlandish opinions.

How should I dole out an inheritance when one heir needs more help than others?
Subscriber content
November 9, 2020 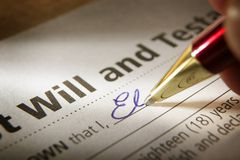 How can I put an end to a long-running friendship I have no interest in keeping alive?
Subscriber content
November 2, 2020 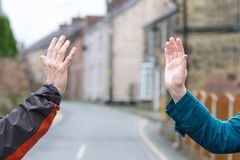 How do I get my neighbour to take down his backyard TV?
Subscriber content
October 19, 2020 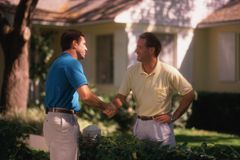