I’m in a stinky situation and need advice. I’ve been single for two years, and haven’t met anyone I like until I met this amazing guy a month ago. We have great chemistry and a lot in common. But this week he “needed to talk” because he’d been feeling unsure about us. He said he thinks we’re great together and loves spending time with me, but hasn’t fallen in love. We’ve been trying to figure out why, until he realized he may not be over his ex (they dated until a few months ago). So he needs time to get over her in order to be open for falling in love with me. He said he completely understood if I don’t want to see him anymore, but that he loves spending time with me. He’s not a guy that says things just to be nice; he’s really honest about what he feels. The thing is I really like him and don’t want to let him go, but what if he gets over his ex and I develop more feelings for him and he just doesn’t feel anything more for me? Or is it a good chance he will fall in love when he feels emotionally available? Should I wait or should I go?

Normally, here at Damage Control, we put the call out for “sticky situations,” but I can do stinky as well.

And this one does have a bit of a pong to it, I have to admit: I’m getting strong undercurrents of B.S. with some top-notes of over-florid covering verbiage.

I’ve always felt that the two elements needed in the early going of a relationship are a) momentum, b) exclusivity.

My wife and I (now in our 26th year) came together like a thunderclap. And a big part of that was there was nothing ambivalent about my interest in her.

With her, I was punching way, way out of my weight-class. She was all five of The Five Esses (TM) every bachelor seeks: Smart, Sexy, Soulful, Sane and Single – the last of which I almost appreciated the most. No half-hearted, half-there, booty-call-available half-boyfriends.

She was free and clear, as was I, so our courtship could proceed without a hitch.

And one thing I have come to understand that she appreciated about me: My interest in those early days contained no element of equivocation or doubt.

So now when people ask her (sometimes right in front of me, their faces full of “sociological interest,”) what an uberbabe like her could ever possibly see in an ordinary schlub like me, she will begin by praising me in various ways, for which I’m grateful – but at some point will inevitably say: “I’ll tell you this, though: I was never in any doubt about his interest in me.”

And I think every person, every human, deserves no less. For a potential romantic partner to gaze deep into your eyes and say: “You know what? You are the sole recipient of my exclusive romantic attention. Forget everyone else. I forsake all others and want you.”

Your guy just sounds too ambivalent. “I’m not sure if I’m over my ex, I’m not really sure I love you” and blah blah blah.

I don’t know you, but I know you deserve better than that.

I would put this guy on ice, by which I mean (in a terrible conflation of conflicting metaphors, sorry) put him in the penalty box for a while.

And then more or less cut off contact with him. I’m not saying “ghost” him, but do be definitive.

And then he may realize what all his fence-sitting is costing him: the potential loss of you. And come at you with a little less equivocation and ambivalence.

Some might accuse me of advocating gamesmanship here, but it’s not really true. I just think we all deserve a partner who is unambiguously interested – especially at the start.

A squirrelly situation with the neighbour: Fair to trap rodents, or cruel?
August 10, 2018 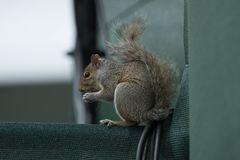 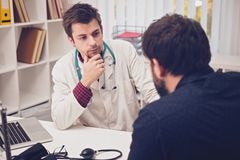 My sister-in-law always expects a hostess gift. Am I obligated to keep bringing her junk?
July 25, 2018