Kathleen Van Dusen recently went out with a man she met on a dating app. As they sat at the bar the man asked her what her plan in life was. “I told him I didn’t really have a plan, I have contingencies.” Later, when the man made what Van Dusen thought was an inappropriate comment about the female bartender, she told him “not everyone can be svelte.” He told her he didn’t know what that meant, just like “contingencies,” and asked her “not to use such big words,” says Van Dusen, a communications professional in her late 40s who lives in Red Deer, Alta.

There would be no second date. A self-described “sapiosexual," someone who is primarily attracted to intelligence over physical appearance, Van Dusen says she now screens her dates for post-secondary education.

“I just couldn’t stand going to another coffee or drink or first time meeting and having no conversation,” she says.

In September, music producer Mark Ronson said that he identifies as sapiosexual in a headline-making interview with ITV’s Good Morning Britain, igniting a debate about the increasingly popular term. Many wondered: is sapiosexuality real, or simply a pretentious buzzword that describes a preference so common it hardly needs its own term?

(After several publications described the interview as a “coming out” moment, eliciting criticism from the LGBTQ community, Ronson backtracked. He said he didn’t consider himself a sapiosexual or part of “any marginalized community," and apologized to anyone who took offence).

Many sapiosexuals acknowledge the term can come off elitist, but in the often superficial world of online dating, they say, identifying as such helps them foreground their interests to potential partners. Sex researchers point out there is a difference between a sexual preference and a sexual orientation.

There is almost no academic research on sapiosexuality, says Dr. Lucia O’Sullivan, a psychology professor and sexuality researcher at the University of New Brunswick. But, she says, there are plenty of studies that show most people value intelligence in romantic partners.

The term “sapiosexual,” from the Latin word sapere, meaning to be wise or knowing, was first coined by a LiveJournal user known as wolfieboy in 1998.

“I want an incisive, inquisitive, insightful, irreverent mind. I want someone for whom philosophical discussion is foreplay,” he wrote.

The term entered the mainstream in 2014, when the online dating site OkCupid allowed users to choose “sapiosexual” as their sexual orientation. There is now even a dating app exclusively for sapiosexuals, called Sapio, that launched in 2017. The term is also increasingly common on popular dating apps such as Tinder and Bumble.

“The idea of being attracted to someone’s intelligence is not new in the slightest,” says Dr. Natasha Sharma, a Toronto-based relationship expert.

But the adoption of a special term for that attraction is no surprise considering the cultural inclination to describe our desires in specific terms, especially when it comes to online dating, she says.

“Generally speaking, there is a trend across the board, especially among the 40s and younger age group, there is more of an appetite in search of creating and owning one’s identity,” Sharma says. “What has gone along with that is the idea of naming certain aspects of their character or personality.”

Making your interest in intelligence known to potential dates by identifying as a sapiosexual could be a useful way to counteract the often superficial nature of online dating, Sharma says.

“There’s definitely more of a difficulty in establishing one’s intentions for something deeper and more meaningful in the dating culture as it presents online,” she says.

Intelligence and curiosity are so important to Van Dusen that she is immediately interested in anyone who describes themselves as sapiosexual in their online dating profile.

“If somebody else has it then I’ll definitely swipe right on them,” she says.

But calling yourself a sapiosexual can also be a way to make potential dates quickly lose interest.

“It sounds pretentious to me. Why do you have to label what is a basic human instinct?” says Sophie Nadeau, who works in public relations in Toronto.

Nadeau has been single since her common-law marriage ended three years ago. She frequently sees the term on Bumble, and has had men tell her they are sapiosexuals during dates.

“I’ve had it dropped on me. It just makes me bristle. You don’t have to say that. Just tell me what you’re into,” she says. 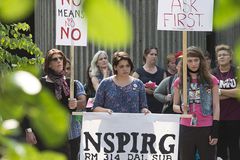 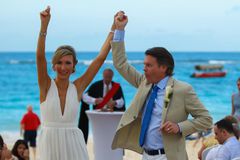 I’ve fallen for someone who’s unwilling to commit. What should I do?
Subscriber content
July 8, 2019 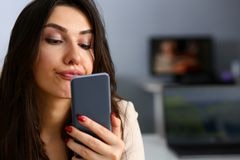