Forget about the power of positive thinking. Forget about trying to be happy all the time. Fact is, a lot of life sucks, and the only way to find meaning in it is to pick the few things that are truly important to you and work toward them while accepting some inevitable disappointment. That, at least, is Mark Manson’s message. It doesn’t make the 35-year-old from Austin, Tex., the typical self-help guru, but it has made him wildly popular. His tough-love point of view helped rocket his debut book, The Subtle Art of Not Giving A F*ck: A Counterintuitive Approach To Living The Good Life, to the top of the bestseller list following its publication in 2016. Now he’s back with a book about, of all things, hope. The Globe recently sat down with Manson to discuss the new book, Everything is F*cked: A Book About Hope, and how finding hope and meaning in our lives is a matter of limiting our choices, not indulging them.

Take it easy: Why it’s time to take the labour out of leisure time

Up in the air: Recently single travellers reveal how their last relationship came to a close

Why did you want to write a book about hope?

Two things, one political, one personal. 2016 was the U.S. election. Watching that election and how ugly it was, not just with Trump but the Facebook stuff and the Russian interference and all that – I feel like 2016 was when the honeymoon with the internet was over. Everybody seemed to be becoming so pessimistic about the world, about life. I felt like some of it was warranted but some of it was irrational. So I wanted to look at the mechanics of that. Why is that happening? What is it about 21st-century life that is making it more difficult for people to find meaning, hope, purpose?

And the personal reason?

The success of Subtle Art really messed with me. I was 32 when it came out. I had all these dreams of, okay, over 30 years and 12 books, A, B, C and D are going to happen. I’m going to wake up every day and work my butt off to achieve them. And within two months, all of those dreams had come true. It was pure joy for a few months. But then a real dread set it. Everything I ever wanted happened. What the hell am I supposed to do? And on top of that, the realization that anything I do next is going to pale in comparison. I felt very lost. There’s something desirable about stress and conflict that gives us a sense of meaning and purpose. Those two things inspired the book.

I would talk to some friends and tell them, Man, I’m really kind of freaking out and don’t feel good. They’d be like, “You sold three million books. Shut up.”

One of my favourite parts of the book is #Fakefreedom.

#Fakefreedom is this assumption that having more stuff or more options makes us more free. It probably afflicts a lot of people around the world but it’s a very American mindset, that more is always better. There’s a lot of psychological effects that come with having too many options, or having access to too many things. We don’t become more free, we actually become lost in distraction and envy and FOMO and all these other things. My argument is that what real freedom is is the ability to choose your commitments, to essentially choose what you give up. And when you’re constantly being bombarded by more stuff it makes it difficult to make those commitments.

How do you choose your commitments though? I mean, what thing do you dedicate yourself to?

That’s the difficulty is deciding what you’re going to value above all else. A lot of it depends on your personality, your talents, your values. But I think the driving principle is that freedom comes from eliminating options, not adding more.

But in a culture of just complete overabundance, how do people limit their options?

I think this is going to be the big question of the next 10, 15 years: learning how to limit ourselves. One of the ways I think of it is like an information diet. If you sit on Twitter all day and read every single article that [frustrates you], it messes you up. I think there’s going to be a slow realization that less is more. It’s better to have a few high-quality sources of connection and information than an abundant amount of mixed-bag sources. And so, I think the first step is to actively prune what you’re giving your attention to. Cut down your social-media lists, follow fewer people, set a higher standard for whom you follow, whom you listen to, whom you trust.

Okay, but out in the real world, how does a person begin to change to lead a better life and find hope?

The book will show you the potential dangers of your own beliefs and values. That’s going to be a very uncomfortable process. That’s the first step. It’ll be painful.

So it starts with self-awareness?

The first step is the awareness step. The second step would be the self-limitation step, asking, Okay, what’s not serving me?

Give me an example.

I’m getting a resurgence of dating questions at my talks. They’re all problems of fake freedom. It’s like, I went on dates with 10 different guys and none of them went anywhere. How do I meet a good guy? I was doing a talk in Washington and a woman asked me this. She was probably in her late 20s. I said, what would your rather have? Date 20 guys that you feel nothing for or meet two guys that you really connect with? She said she’d rather meet two guys she really connects with. I said, all right, start limiting yourself. Cut off 80 per cent of the guys you’re normally interested in. Change your standards. Make them based on values. Her answer was like, “Yeah, but that’s really hard and it’s scary.” And I was like, exactly! It’s that difficulty and that scariness – that’s what makes it worthwhile. 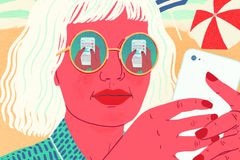 Up in the air: Recently single travellers reveal how their last relationship came to a close
July 9, 2019 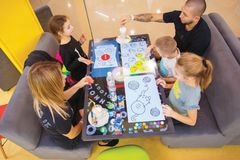