Don't get me wrong, I love the beautiful white orchid in a red pot that my husband cannily sent me a week ago, as a "pre-Valentine" gesture – thereby putting the spontaneity back into a holiday that some desperate marketers have done their best to spoil.

But now that the red gift bags are put away, let's talk about love and lies.

Online dating has provided social scientists with a treasure trove – a hunka hunka burnin' data about the lies that people in all age groups tell when they're looking for love. As one article in The New York Times reported late last year, scientific studies show that "about 81 per cent of people misrepresent their height, weight or age in their profiles."

Researchers have apparently gone to the trouble of checking people's drivers' licences against what they said online, and found that on average, "the women described themselves as 8.5 pounds thinner in their profiles than they really were." Men fudged the truth by two pounds, though they lied more than women about their height, rounding up a half inch.

As the Times article put it, "On the bright side: people tend to tell small lies because, after all, they may eventually meet in person." (And on the even brighter side, apparently lying about your weight can even spur some people to go on a diet just so they can live up to their online stats.)

We all tend to self-idealize, to put our best selves forward and tailor our life stories to appeal to others when we're looking for a mate. So prospective daters rhapsodize about hobbies they have barely tried, like kayaking or gallery hopping. And on the practical side, very few online profiles admit to say, being desperate for work, although in this economy it certainly wouldn't make them unusual.

Curiously, academics report that few online daters come clean about their politics, which researchers say could be a solid predictor of compatibility. Said one professor to the Times: "People were much more likely to say, 'I'm fat' than 'I'm a conservative.'" Now that is funny. What if you're both?

I have some women friends who have encountered weird kinds of "truthiness" in online dating. One friend was mystified by a man she met online who told her over coffee that his parents were from Europe. When she innocently asked which country, he responded, "Let's just say Europe." Apart from sounding like an old Mel Brooks joke – "I love Europe, I carry a picture of it in my wallet"– his manner didn't sit right with her. If he couldn't be straightforward about something as simple as that, what else was he being evasive about?

But of course the online dating era didn't usher in lying during courtship. When my husband and I first met, I told a teeny strategic lie – that I loved fishing – to reel him in. I had read Hemingway and figured how hard could it be to stand hip deep in a trout stream and then adjourn for a picnic of cold white wine and roast chicken sandwiches, all the while intoning "and the sun also rose and the fish shimmered in the sunlight and it felt fine."

But he, in turn, told me a whopper. Deep in an early conversation about our backgrounds, I learned he was a member of a Montreal Jewish family very active in their community. "So does that mean your parents would prefer that you marry a Jewish girl?" I asked, my self-protective antenna aquiver. He put his hand on my knee and replied, "Not really." Hah!

Yet the heart wants what it wants. Love is an emotion, but it's also an instinct. We see or feel something in someone we meet and we determinedly reach for it, because our heart is fluttering, but also because somehow we know it's in our best interests to do so.

It turns out true love can deal with a little – and in some cases a lot of – misrepresentation. Where would Shakespeare's plays be without this plot device?

Occasionally, my husband and I will smile at each other and say, "Look where our lying got us." Admittedly, it led to a life-altering decision on my part to eventually convert to Judaism, which I've never regretted.

But also to a lovely long marriage. In other words, to a very good place. But not, alas, to a trout stream where the fish are biting and it feels fine. 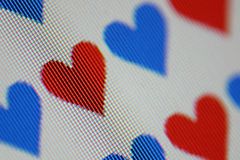 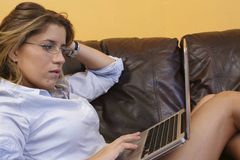 Five ways to spice up your online dating profile
September 11, 2009
The latest in online dating? Ideas instead of posed profiles
December 1, 2010 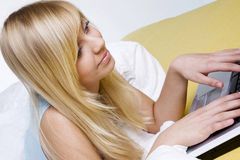