Shannon Tebb and I have been at the bar for half an hour chatting like old friends about her job, my recent date and my plans for later that night. Except we're not old friends. We're not even friends. Shannon is a wingwoman I've hired for the night.

We're in less-than-ideal conditions: It's 5:30 p.m., people have just left work and they're keeping to themselves. On top of that, the pub is primarily filled with older men and while Tebb looks young for her 37 years, our 13-year age difference is noticeable, making us quite the odd pairing.

I find myself growing nervous and uncomfortable despite my internal reassurances that I'm there for work. I make the mistake of asking her for the tips she normally gives to women.

"Wear bright colours. It draws men's eyes," she says. I look down at my outfit. Unfortunately, I've worn my standard black jeans and top. "Always wear lipstick," she adds. I rub my unstained lips together and think about the MAC lipstick I deliberately threw into my bag that morning but forgot to apply. "And posture is always important." I straighten my back and am reminded of all the times my mother has mourned the loss of my once-perfect posture.

It would seem I've failed this exercise before it even really began. I take a nervous sip of my cider and realize I've almost emptied the glass. Tebb, who has barely touched her drink, pours half of her cider into mine and gives me a reassuring smile before rising from her seat and ushering me away from the comforts of the bar.

The rest of the hour is a whirlwind. Tebb runs into two groups of friends, who I am immediately introduced to, and we approach perhaps the only table of young men in the bar and have a lengthy conversation with them.

She breaks the ice so easily when approaching people that I'm still not entirely sure how she did it. And in the end, I'm chiming in to conversations with total strangers, good-naturedly joking with Tebb and inexplicably, perfectly at ease.

Tebb is just one example of how responsibilities some would historically trust to their friends are being outsourced to paid professionals. The Professional Wingman in New York has swept through the United States with great success. Tebb, who has served as a wingwoman for about 20 people thus far, is now trying to "blow up" the business in Toronto, and then hopefully the rest of Canada.

Tebb, who offers matchmaking, dating consulting, life-skills coaching and wingwoman services for both men and women through her company, Shanny in the City, said her services are mostly meant to increase her clients' confidence. Those who are shy, new to town or have mostly married friends often turn to Tebb. So far, she's been hired by both straight men and women, but not by gay or lesbian daters. Tebb, however, is "very open to it."

Tebb says not every matchmaker could work as a wingwoman. She believes you need to have "the right personality" on top of being quick and intuitive. Tebb won't beat around the bush. If she sees something wrong with your approach while you're out, she'll tell you, all with the goal of improving your dating game.

Alana, a dental hygienist from Richmond Hill, Ont., has hired Tebb a few times since most of her friends are married. On their nights out, they visit two or three venues, and Alana gets the opportunity to "go places I would have never gone, go to events I would have never done and meet lots of people."

Tebb is not the only one who has tapped into this industry. Those looking for friends who are available for a broader range of activities can turn their attentions to RentAFriend.com. Members can hire "friends" for platonic activities, including amusement park trips, e-mailing pen pals or coffee and prom dates. People can join the website for a monthly fee of $24.95 (U.S.) and rent friends at an hourly rate. The asking fees vary as much as the activities one can take part in, ranging from "negotiable" to $300 an hour, or more.

Scott Rosenbaum, the owner of RentAFriend.com, said he launched the website in 2009 after noticing the increasing popularity of similar sites in Japan. The website now has more than 600,000 active friends for hire around the world, ranging in age from 18 to over 80.

"The friends are from all walks of life. Rich, poor, middle class, doctors, lawyers, unemployed and more," Rosenbaum writes in an e-mail interview. "The best part about RentAFriend is the vast amount of variety when it comes to looking for a new friend."

Savannah Ip, a 20-year-old student at the University of Waterloo, created a profile to be a professional friend a month ago, after reading about the job on a blog. She was looking for an easy way to make some extra cash – on top of her summer internship salary – to help with her rent and tuition.

Ip has received seven messages so far and met up with two people. One woman in her early 20s paid for Ip's ticket to Canada's Wonderland and, on top of that, gave her money for the hours spent riding the various attractions at the park. "Isn't that crazy?" Ip says with a laugh.

With a service such as this, safety concerns are inevitable. The website does not do background searches on the renters or the friends, and instead offers a list of nine safety tips including "meet in a public place" and "always have a phone with you." Ip admitted to being "scared at first," but explained that she always puts her safety first and even adds clients on social media before meeting with them to verify they are real people.

Ip says some renters take part in Rent a Friend because they don't have many other friends or they need a break from their own friend group.

"[Renters] know that you're going to be nice to them because they paid for your service," Ip says. "There's no drama at all. There's no high-maintenance friendships."

Rent a Friend, which is based in Easton, Pa., was originally available only in Canada and the United States, but is now available worldwide. Irene S. Levine, psychologist and author of the Friendship Blog, says that while escorts and therapists have been around for some time, the recent "explosion" of services is caused by technology, which has allowed people from across the globe to "link up and share different kinds of services with each other."

One might also consider hiring a bridesmaid. Jen Glantz, founder of Bridesmaid for Hire, believes that some brides don't have reliable friends or want to put their friends through the duties that accompany the coveted position, and she can personally attest to the fact that some of the jobs are "not so glamorous."

During her time as a professional bridesmaid, she has had to take off her strapless bra and give it to the mother of the bride who forgot hers, serve as a bodyguard for a bride who fired her maid of honour the previous day and was worried she might crash the wedding, and pick up animal droppings with her bare hands from the aisle so the bride's dress wasn't ruined.

"We're all a bit of emotional wrecks on a big day like that," Glantz says. "Our friends are equipped to handle us, but sometimes we just want them to have fun."

Glantz started her company two years ago after she was a bridesmaid in a number of friends' weddings and noticed there was "a gap in the wedding industry." There was no one present to "just be there for the bride," she says. She offers both in-person and virtual packages, where she takes on a variety of roles, from walking down the aisle to working as a bridesmaid behind the scenes, to helping the maid of honour write her speech. She has worked with about 70 brides and maids of honour across the United States and Canada in Toronto, Vancouver and Montreal.

"Having a professional behind the scenes just allows the bride to feel confident on her day and have a female support system," Glantz says. "And it happens a lot. It's happening more than people know. People just don't really talk about it."

Friendship Blog author Levine says rent-a-friend usage might indicate that "there's kind of a deficit in your inventory of friends."

"While it might fulfill a short-term need, the long-term problem is to find a friend who can help," she says, adding, "if it's a one-time need, I guess it's an easy and quick solution."

And one night out with Tebb proved to be all I needed. When she and I exited the bar and parted ways, I took her advice with me. Later that night, out at a bar with my own friends, I channelled my new BFF and successfully struck up a conversation with a stranger. 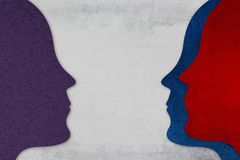 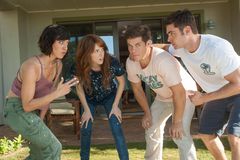