It sure looks like the way to go. An elderly Ohio couple, Helen and Kenneth Felumlee, died within about a day of each other. And after their eight children shared their story with the media, the pair have become posthumous heroes in a culture deeply conflicted about how we handle death. According to an Associated Press story, theirs was a Notebook-esque romance that endured to the end, with the couple still holding hands over breakfast after 70 years of marriage. She was 92, he 91. Their daughter, Linda Cody, told AP she and her siblings were not surprised by the turn of events: "We knew when one went, the other was going to go."

Beyond the utter romance of shuffling off this mortal coil almost hand-in-hand with your beloved after living a long, happy life together, the Felumlees' tale raises a number of questions about what happened medically. We asked palliative-care expert Dr. Gary Rodin (a professor of psychiatry at the University of Toronto and head of the Department of Psychosocial Oncology and Palliative Care at Toronto's University Health Network) for his help in parsing myth from reality.

Can a person die of a broken heart?

There's evidence that the death of a spouse does increase the risk of a survivor dying, probably in several ways. One is there's a short-term effect; there is a lot of emotional arousal to the cardiovascular system that may increase the risk of dying in the very short term, even in the first day or two after a death. He may have been going to die some time in the near future, but her death shortened his life – it usually doesn't happen if someone is healthy. You can have a lot of upset without it taking your life. Then there's a longer term effect. The practical and emotional support of a spouse may protect survival in the longer term. There's a recent study that people with cancer who had spouses lived longer than people who are unmarried – probably for many reasons. Having someone who is covering your back and helping be sure you follow the treatment regimen probably does protect your health in the long run.

Can a person really "hold on" for another person?

For people who are ill there often is a wish to stay alive for things like a daughter's graduation or an anniversary or to be there for one more Christmas. It's hard to know to what extent it helps people survive. It certainly gives them meaning in their life and probably helps some people to do everything they can to ensure their health.

Can the timing of death be mind over matter?

There is a literature on whether helping people be psychologically healthier helps them live longer. The evidence is not very good for that, depending on the disease you're looking at. In some cases people wrongly or unfairly blame themselves – "if I was different I would have lived longer" – which is not necessarily the case. If you give people psychological assistance, it improves the quality of their life, but it doesn't necessarily make them live longer.

The fact that that kind of love can continue through life is itself an appealing one – the idea that you can go together, rather than one survive the other, is also an appealing idea. But the other side of that coin is the value and importance of that relationship. That's why it's so touching to people – they held hands every morning.

Teaching doctors a new approach to the end-of-life process
July 15, 2012 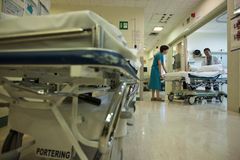 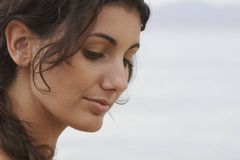 'I believe in dying of a broken heart'
April 9, 2005
Follow Tralee Pearce on Twitter @traleepearce
Report an error Editorial code of conduct
Due to technical reasons, we have temporarily removed commenting from our articles. We hope to have this fixed soon. Thank you for your patience. If you are looking to give feedback on our new site, please send it along to feedback@globeandmail.com. If you want to write a letter to the editor, please forward to letters@globeandmail.com.
Comments