It was late last year when I truly realized the difference between the kind of work I do and the work my father does.

Dad was late for a family dinner, and when he finally arrived, he looked somewhat shaken. After making small talk with relatives, he sat down beside me and quietly, so as not to alarm anyone else, explained how he had narrowly avoided serious injury at the factory that day. He had come close to being struck by a falling steel beam. It wasn't the first time he had escaped injury at work, but this near-miss had obviously gotten to him in a way the others had not.

I told him I knew exactly how he felt. My day had been rough too – I had been unable to get my computer to boot up and had suffered a slight, though surprisingly painful, paper cut on my thumb as a result of having to work with documents. He laughed, though I suspect he was less concerned for my safety at work than I was for his.

Now, after more than 20 back-breaking years of service to the factory, where his own father worked for more than 35 years before retiring, my dad has been promoted. His new title means less physically demanding labour, increased responsibility, an end to the brutal 12-hour shifts he's been working since he graduated from high school and, for the first time, an office. It also means meetings, committee work, budget drafting, dealing with customers and suppliers and more meetings. In short, it's the closest to wearing a white collar this lifelong factory worker has been since his wedding.

I can imagine it's an abrupt change. He regularly teases me about how "hard" my work as a public-relations writer must be. Until his promotion, he started his shifts 12 hours before they ended, day and night. He has walked the picket line outside the plant as a card-carrying union member in an attempt to improve working conditions and, later in his career, been locked into it as a manager in an attempt to keep things running. He has the scars to prove how hard, and dangerous, work can be.

These examples are not unique to my father. Almost all of the men on both sides of our family tree are or were manual labourers. Auto workers, farmers, tradesmen of all kinds. Several put their time in at the same plant as my father and grandfather. They labour with their hands, and not in the way I can only jokingly claim to (you need hands to type!).

Nor are they unique to my family. Countless numbers of men and women devote their lives to building things, fixing things, putting shovel to dirt and hammer to nail. Manufacturing may have taken a massive hit over the last number of years, but for many it continues to be the source of their livelihood.

Not so for me, which is the source of great frustration and the trigger for much soul-searching. I'm supposed to be a part of what is called the "creative class," the group that heralds the North America-wide workplace evolution from manufacturing to creativity, from making things to adding value to things made elsewhere, from working with raw materials to working with ideas.

But the concept that this work is as important, as necessary or valuable to the economy, is something I've always had difficulty accepting. I write for a living. I plan strategies for using social media to connect with audiences. Sometimes I take photographs and edit video. In stark contrast, my grandfathers couldn't always be sure of making it home from the plant in one piece.

It leaves me wondering: How do I, a twentysomething, white-collar creative worker, reconcile my profession with my blue-collar background? How do I come to terms with the fact that I am an intrinsically different type of worker than those who came before me, who built this country from the ground up? How do I rationalize my role in the economy, in society and, most importantly, in my family?

It's a struggle I believe is not uncommon. I envision young professionals brought up in former logging towns, mining communities and manufacturing centres like my hometown of Hamilton, in many cases the first in their families to go to university or college, struggling to understand the importance of what they do – wondering if it's at all possible to call what they do "work," knowing that their lives at the office are nothing compared to those spent on the shop floor.

Or perhaps not. Maybe my internal battle between collar-wearing demons is simply a result of being someone who's paid to use his imagination. A quick glimpse through the history books shows that work has never been static, moving from hunting and gathering to agriculture to the industrial revolution to whatever is next. My generation happens to be on the cusp of whatever is next, and that can't be helped.

At least, that's what I tell my father. The ribbing has subsided somewhat since he joined the ranks of the pencil pushers (something he will, under no circumstances, ever admit to being). He still claims his work is harder and more dangerous than mine, which is partly true, but it's an increasingly difficult argument to make the more time he spends in an office chair.

Thank goodness for that. Much more pressure from him and I might have to go out and get a "real" job. And I'm not cut out for that. 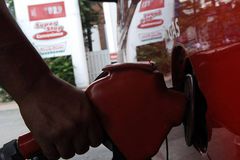 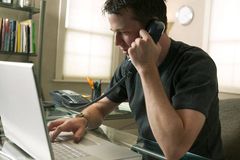