On Friday morning I spent two hours in bed re-watching the 1997 Jim Carrey comedy Liar, Liar – the one where a morally corrupt, rubber-faced lawyer cannot tell a lie for 24 hours. I had been out late the night before and wanted an excuse to stay in bed longer. I could lie and pretend the mid-morning movie session was research, but that would go against this week's self-improvement mandate to be completely honest for a week. (Full confession: I have already seen Liar, Liar at least twice.)

I'm not talking about huge, life-altering deceits like that man from Salt Lake City who recently used his obituary to admit he had lied about having a PhD. Or a certain blood-sucking starlet whose recent infidelities were captured on camera for the world to gawk at. My experiment was about omitting the far more common bursts of baloney – the kind of lies we tell to get through day-to-day life with ease and without offending anyone. Would this be easy or impossible? Was I someone who lies a lot or a little? Truthfully, I had no idea.

It turns out, my fib frequency is way below average, according to research presented in the 2008 book Telling Lies: Clues to Deceit in the Marketplace, Politics, and Marriage, which claims the average person lies three times every 10 minutes. On day one I went naturally fib-free for five hours. Moment of truth No. 1: I was in a cab heading to an appointment. When I presented my credit card to the driver, he asked, "Don't you have any cash?" Yes, I had cash, but I wanted to pay on credit to collect points, to say nothing of the fact that there is a sticker in the window of the taxi that says credit cards are accepted (who's lying now?).

Normally, I would have kept things simple by pretending to be cash-free. Instead I politely explained that while I did have money, I preferred to pay by credit. I felt lighter, as if by being honest I was putting better energy out into the world. Similar "truth highs" occurred when I told a cashier at the LCBO that I would prefer not to offer up my postal code just because I was purchasing a bottle of wine, and again when I told a waitress that the bacon in my club sandwich was undercooked.

For me this kind of "everything's fine" lying is less about avoiding conflict than laziness – in life we are told to pick our battles and, generally speaking, soggy bacon doesn't make my list.

The jury is still out on whether soft-core dishonesty is bad for society. Robert Feldman, author of The Liar in Your Life, says we lie "to grease the wheels of social discourse," which is obviously not a bad thing. (Would there even be a scenario in which it makes sense to tell your mother-in-law that you did not like the homemade meat pie? I don't think so.) On the other hand, Dr. Feldman notes that even small acts of dishonesty have consequences in that they are contagious (if a friend lies to you, you are more likely to lie to that friend) and can also be a sort of gateway drug to more significant deceptions. Personally, I've never found this to be the case, having comfortably waded in the shallow end of the lying pool for as long as I can remember.

As my experiment progressed, I found that I lie most often (by far) in order to avoid getting into trouble. A couple of decades ago, these mistruths would have been directed at my parents ("Of course there will be adult supervision," etc.); these days mom and dad have been supplanted by professional authority figures. Going a week without lying to one of them was, shall we say, a departure. I couldn't say, "I'm almost done," when I am just starting a project, or blame public transit for arriving late for an interview. Not lying in this context made me more accountable, but it was also a big pain and didn't seem to be serving anyone's best interest.

The French expression for white lies is "petit mouchoirs," which translates as little tissues. Perhaps this is because both feel incredibly disposable. When I asked friends about what they tend to lie about most, the answers were pretty inconsequential. One friend said she will almost always shave an hour or two off when answering the question "What time did you get home last night?" (Who doesn't?) Another said she has been known to lie about the progress she is making on her PhD. After going a week without white lies I can honestly say that they are a part of life that I would never want to give up. The truth doesn't hurt, but it's a hassle.

"I could never do that even if I wanted to. I work in sales!"

"How about a more far-reaching challenge: Practise manners and civility to all those you encounter, always. Please, thank you, excuse me, sorry, hold doors open for people, give up your seat on transit to those who need it, signal your turns when driving, share the sidewalk with others, smile and be friendly."

New studies show that the English language is GTHIAHB (going to hell in a hand basket). Can you go a week using full sentences and perfect grammar – no acronyms, no fragments, no short forms ... even when texting? Is preserving the Queen's English a worthwhile task or is the evolution of grammar and language NBD? Share your erudite pensées at fb.com/globelife. 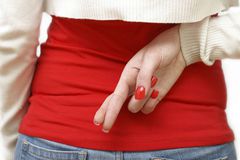 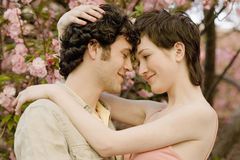