Less traditional types, however, are increasingly upping the ante when it comes to engagement tokens by supplementing rings with extra goodies, from sports gear to major household goods.

Most prominently, voluptuous Mad Men actress Christina Hendricks recently said yes to fiancé Geoffrey Arend under a chandelier he had shipped to her as a proposal gift. Hendricks, who plays secretary Joan Holloway on the series, had been eyeing the unusual light fixture for months at the couple's favourite New York restaurant, Il Buco.

Since it had hung in the restaurant for years, the owner didn't want to part with it, so Arend had designer Warren Muller make a new chandelier for Il Buco and whisked the original to Hendricks's home in Los Angeles.

"I went through this whole ordeal; it was like my own slaying of a dragon," Arend told the foodie blog Grub Street.

The chandelier has since sparked debate among wedding consultants, who are divided about the place of proposal gifts - on top of the ring - in today's nuptials.

Some slam the gesture as needlessly flashy (especially during a recession) and question whether it sets the tone for a materialistic union, while others approve if the gift is sentimental, as the mammoth chandelier apparently was.

"While the recession is hurting some, many see proposal gifts as a reflection of them and the price is just that - a price," says Crystal Adair-Benning, a luxury wedding planner and designer with Distinct Occasions in Toronto.

She has witnessed everything from puppies "adorably adorned with the ring box" to a guitar for a musical groom. The most sentimental and perhaps cheapest proposal gift came from a groom who gave his bride-to-be his childhood "blankie."

"She was now his safety blanket," Adair-Benning recalls.

The wedding planner believes that the gifts have more to do with memories than with materialism.

"The gift is a memento of a perfect moment suspended in time," she says.

Monica Tam, who runs Blueprint for Love Wedding Planning from Vancouver with her husband, says 15 her of clients splurged on proposal gifts in the past month. Many were brides-to-be treating their fiancés shortly after the question was popped. Most of the gifts, from golf gear to high-tech gadgets, were hobby-based, while others, including a jar of Hershey's Kisses with 1,000 "Why I Love You" messages, were of the homespun variety. (The recession has stirred many couples' "artistic side," Tam says.)

The more luxurious proposal gifts, such as the chandelier from Il Buco, have their roots in older traditions, says Lindsay Mogford, a Toronto-based certified wedding planner who has also co-ordinated ceremonies in Los Angeles.

"Proposal gifts have been around for a long time, referred to by many different names," Mogford says. "Dowries could be seen as proposal gifts, signifying the family's wealth and worth in some cultures."

Jodie Katz, a wedding consultant and the owner of Toronto's Social Butterfly Events Design, says today's proposal gifts are less about status and more about grooms creating an "experience." Although she found the Hollywood gesture "very romantic," Katz says it reflects the "kookier" lifestyles of the denizens of L.A. "It's a bit excessive," she adds.

Liz Wanless, the founder of Great Events, a Toronto-based wedding company, isn't a fan of the gesture either. "It just sets it into a very materialistic place," she says.

"As a gift, it's very thoughtful that he actually got something she admired; he was obviously paying attention. But attached to a proposal? Usually the proposal gift is the ring."

"He could have saved it," she adds, "for a Christmas gift." 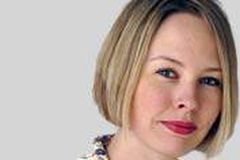