Although Rose Qiang and her husband worked as a great team to cover late-night feedings and mounds of laundry after the birth of their son three years ago, after about eight months they felt they needed to connect over more than diapers. So, like many parents, they embraced the modern phenomenon of "date nights," regular evenings spent together, away from home.

But after almost a year of dinners and movies out, the Toronto couple abandoned the project. They were spending too much money – sometimes $250 a pop – on babysitters and restaurant meals. They had to force themselves to stay up past midnight, only to have their son wake them at his usual 6:30 a.m. What's more, they started to feel they were missing the whole point: "It becomes a routine," says Qiang. "You go for dinner and you really try to make it worth it. It's not spontaneous. It's so scheduled and meticulously planned."

Qiang and her husband had discovered the paradox facing many couples with young kids. We don't want family life to completely subsume our romantic relationships, but now we've added the spectre of failing at this supposedly good-for-us ritual. There's nothing more disheartening than starting a night out feeling exhausted because you had to first race home from work to prep the kids' dinner and tidy the house so that the babysitter won't discover how far your housekeeping standards have fallen. (Bonus points if the children throw a tantrum as you leave.)

Many are finding the pre-programmed approach to romance is not the most effective or even enjoyable way to reconnect. In an online poll of Globe readers, little more than half – 51 per cent – were in favour of date nights, saying they're crucial to the success of relationships. The rest said the practice was not for them – some of them even slamming the impulse in others.

In fact, the orthodoxy of date night is being questioned. In his new book The Secrets of Happy Families, Bruce Feiler argues that parents should rethink date night as a default answer to most problems in modern marriage.

"What's the point?" asks the family life columnist for the New York Times from his home in Brooklyn. "If you want to get away, that's fine. Get away." He cites research that suggests that, unless you're doing something neither of you has done before – a cooking class, getting lost in a new part of town – you won't come home feeling any new tingle. "If you just do the dinner and a movie thing," he says, "it's not going to rekindle."

University of Ottawa sociologist Diane Pacom sees the pressure couples face around date night as unfortunate and unnecessary, but increasingly familiar. While she admits that it might work for some couples, she finds that planning and going on a date often just cause more stress.

"What's looming is divorce, right?" she says. "The expectations and fears are so huge, we are constantly seeking ways to keep the relationship fresh and alive. But it's done in a way that's not relaxed. It's stressful. It's not something that's part and parcel of seduction."

Feiler also found research that suggested lower-stakes alternatives may be better at stoking the marital fire. For instance, going on a double-date can be a better salve for your relationship. And those kids you leave behind? Feiler says you might get more out of a family night, citing those blissful "Shangri-la" moments when parents catch each others' eyes over a board game or while tucking a child to bed.

"Sometimes, the best way to get the marriage you've always wanted is to just stay home and play with the kids," he writes.

She and her husband became date night refugees after a single date night fiasco when their son, now 14, was 3. Her husband was keen on wings and sports on TV. She expected romance. Both were disappointed: "It was like a Hallmark holiday. There was such a high level of false expectation by this date on a calendar. It was an absolute disaster."

If couples drop their date nights, does that make them house-bound hermits? No. And they don't worry about filling a prescribed day on the calendar with any old activity. Ruiz says she and her husband still make plans to go to concerts, parties and so on. Qiang and her husband make special arrangements for weddings and other kid-free occasions, and they've hit upon their own bright idea. They both take a vacation day, keep their son in daycare and go off to have lunch, explore an art gallery or take an architecture walking tour.

"We have a whole day and we don't worry about money or the babysitter, all that. We find this works better and we're not exhausted," Qiang says.

Their next "day" date? They a day booked off next month, built around a prenatal ultrasound for baby number two. 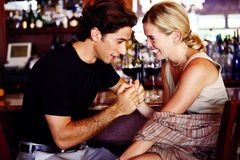 You said it: 'Parenting isn't the greatest thing in the world'
September 28, 2012
Follow Tralee Pearce on Twitter @traleepearce
Report an error Editorial code of conduct
Due to technical reasons, we have temporarily removed commenting from our articles. We hope to have this fixed soon. Thank you for your patience. If you are looking to give feedback on our new site, please send it along to feedback@globeandmail.com. If you want to write a letter to the editor, please forward to letters@globeandmail.com.
Comments