Dating violence, which often involves "common assaults" such as verbal threats, pushing, slapping, punching and any injury that requires first aid, is up across the country, a report from Statistics Canada says.

The numbers, which encompass a wide range of relationships (boyfriends and girlfriends, exes and many permutations of intimate entanglements), were compiled from police reports from urban centres, and they exposed a troubling trend: Victim numbers doubled to 17,028 in 2010 from 8,596 in 2004. In 2010, victims of dating violence surpassed those of spousal violence: 54,100 to 48,700, respectively.

The data found that women in their late 20s to early 30s were most at risk; that peaked at 35 to 44 for men. Similar to spousal violence, much of the violence in dating scenarios happens after the relationship is over: 57 per cent of perpetrators were exes, according to another Statscan article, this one from 2008.

"Violence" included assault, sexual assault and homicide, as well as threats and criminal harassment, a trademark of dating violence since many of the victims and offenders do not live together. Much of it was "common assault" yielding minor or no injuries.

Most commonly, the violence was unleashed at the victim's home, but younger victims aged 15 to 19 were more likely to be assaulted in public – on a street, or at school.

Experts point to a number of factors, including a misunderstanding of courtship rites, that are contributing to the rise.

"One of the big problems is challenging the norms of what is considered normal dating ritual," said Amanda Dale, executive director of the Barbra Schlifer Commemorative Clinic, which serves women who have experienced violence in Toronto.

"There's a lot of misunderstood filtering of information about what is romantic: 'If he pursues me in an aggressive and relentless way, he must really like me.' The moment that turns into violence is not necessarily expected by a young woman who isn't looking for the signs."

Among the dating population, Ms. Dale is also seeing an increase in sexual violence, with intimate acts often coerced via cyberbullying: "There's a shaming happening through social media that basically extorts sex." Problematically, many of the young female victims don't consider these acts to be sex, unless there is penetration: "Not only do they not consider [oral sex] to be sex, but they consider being forced to do it as just part of life. It's kind of scary."

Ms. Dale is also hearing more about sex acts coerced with pornography, acts that have little to do with the woman's pleasure: " 'Do this, this is what a real girl would do' – we're hearing more of that being of an expectation."

Much of it is happening on campus. "There's a culture of coerced sexuality that has been hard to break through for a very long time," Ms. Dale said. "We may have lost ground with this age group, in terms of respect and proper boundaries between equals in a dating relationship."

Staff Sergeant Isobel Granger, head of the partner assault unit at Ottawa Police Services, said the young women she sees often have little concept of what boundaries are acceptable to them. "We do see a significant number of people in their 20s and early 30s that are in relationships that boggle the mind," she said.

Young women "tend to minimize" the behaviour of boyfriends who cyberstalk them, text them obsessively, or demand they refrain from going out alone or with girlfriends. "They give away pieces of themselves. By the time they realize it, they're in their late 20s, and they think, 'Well, this is not right.' As you get older, you're less likely to put up with crap. You're questioning, and in that way, it escalates sometimes."

Generational trends that see couples marrying later in life may also be contributing to the rise in dating violence, said Holly Johnson, a criminology professor at the University of Ottawa whose research interests include intimate partner violence.

"We have people dating far into their 20s and 30s that otherwise would have been married," she said, and while older daters may know more about their rights, they often don't get the same familial support as couples in "the strong, socially sanctioned institution of marriage."

She added that victims who date offenders may not be as willing to reach out to shelters and other resources: "They may not consider themselves eligible. They may not think of it in the same way as 'I'm an abused wife.' "

Even with this rise of documented incidents, research suggests just a third of all domestic violence victims report – less if they're a man.

Raising awareness around "intimate partner violence" is key, Dr. Johnson said. "We may do a better job of casting the net wider and having a more general public understanding of partner violence as being any partner – not just somebody you're living with or married to. It can happen in any intimate relationship."

Claire Crooks, associate director at the CAMH Centre for Prevention Science, co-developed an educational program called The Fourth R, which looks at building healthy relationships in Grades 7 to 12. She shares some tips for parents concerned about dating violence:

A wife's story of how her killer-sex offender husband fooled her
October 7, 2011
I left my abusive wife and now my daughters won't forgive me
January 12, 2012 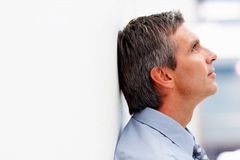 Why we still need booster shots of feminism
October 20, 2011 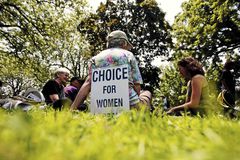